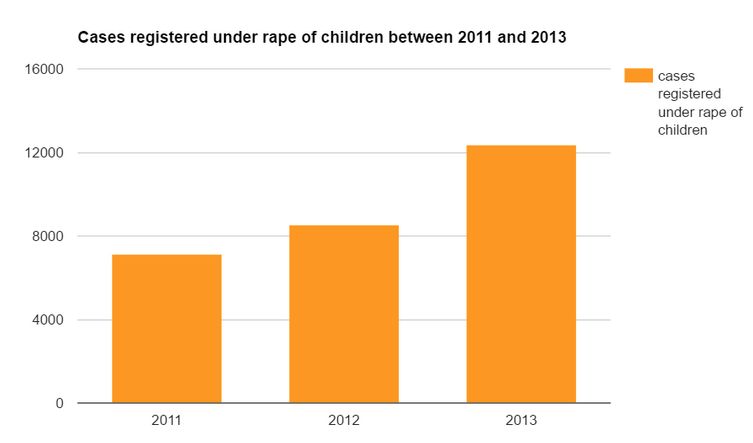 Over 2000 Crores In Nirbhaya Fund – When, Where And How Will This Be Utilized? While the government has and is constantly talking about various initiatives as part of the Nirbhaya Fund, as indicated below, the question still remains – Are these initiatives capable of dealing with this menace at a more fundamental level? The reason I ask this question is most of these initiatives focus on law and order, protecting and rehabiliating victims of sexual assualt, protecting minors – it rarely talks about education, awareness, sensitising the society as a whole.

Just as an example, consider this – It was in the mid-1980s that WHO declared Polio as an endemic that needs to be fought tooth and nail and within the next 30 years or so, Polio was eradicated completely, including in India. They were successful in their endeavours due to their commitment and also largely due to their grassroot level interventions. Sexual violence also needs to be fought with the same commitment, because if as a society we cannot provide a safe environment for our children there is no hope we can provide for our future. Below are the details of proposals appraised and recommended under Nirbhaya Funds.

The Scheme of Universalisation of Women Helpline is intended to provide 24 hours immediate and emergency response to women affected by violence through referral and information about women related government schemes programs across the country through a single uniform number.

We Cried For Nirbhaya, But The Fund Named After Her Is Under-Utilised While Rape Victims Continue To Suffer

In May 2016, the Supreme Court issued a notice to the centre and all the state governments, questioning why the Nirbhaya Fund has been left largely unused. On 27 January 2017, the Ministry of Women and Child Development clarified its position and expenditures.

The funds, though availed in various non-implemented schemes, remain unutilised. Which is disappointing since they now amount to over Rs 3000 crore and can really make an impact in the fight to make India safe for women.

The funds have high potential – but this potential remains untapped

For the first two years, despite several suggestions and proposals, the Fund remained largely unused. In 2015, it was decided that the Women and Child Development Ministry would be the nodal authority, and the Department of Economic Affairs under the Finance Ministry would scrutinise the financial appraisals of the funds.

The same year, Indian Railways took the initiative of installing CCTV cameras to assure the security of passengers. It was to be done in 20000 coaches at a cost of Rs 700 crore from the Nirbhaya Fund.

However, in 2016, a parliamentary standing committee report highlighted the under-utilisation of the funds. The report said, “It has been brought to the notice of the Committee that for the past 3 to 4 years, almost all the funds are lying idle. It is a complete irony that on one hand, crimes, against women are on the rise and on the other, funds allotted to tackle this issue has remained unutilised.”

This is not to say that the government has not introduced schemes to ensure women’s safety. Schemes have been introduced, but these schemes have not been implemented.

There needs to be no clarification on the point that we need to invest in ways to curb sexual violence and make women and sexual minorities feel safer in India – especially in our public spaces. The Nirbhaya Fund was introduced keeping this in mind. Seeing the high worth and potential of the scheme, the government must appreciate this and utilise the fund for the betterment of the society.

Many ministries have pitched proposals, and the Ministry of Women and Child Development has begun work on many schemes as well. The pace of this has to be enhanced and it must be ensured that every rupee of the Fund is spent judiciously and effectively.