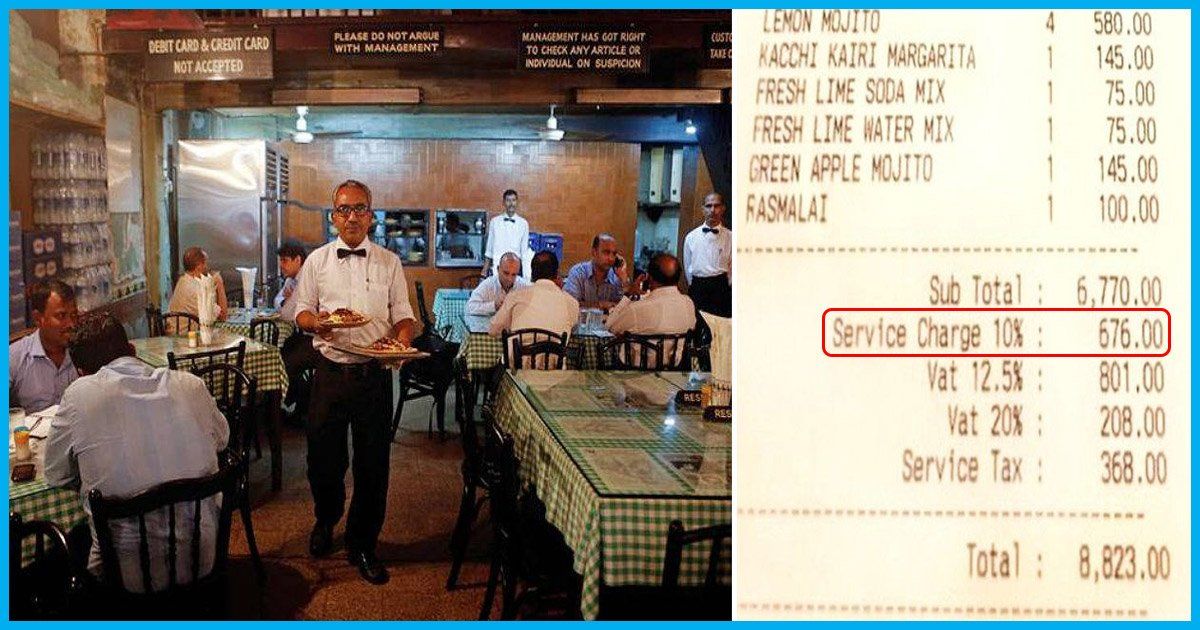 The Central Government has issued new guidelines on ‘Service Charges’ in hotels. While the guidelines make a mandatory collection of service charge an unfair trade practice, the success of this move is still doubtful.

In the beginning of this year, the government issued a press note clarifying its stand on the ‘service charge’ collected by many hotels and restaurants. While the press note mentions that making service charge mandatory constitutes an unfair trade practice, it did not specify how it intends to implement the same. Later, in an answer given in the Lok Sabha, the government said that it issued an advisory in December 2016 to the State Governments on this issue and it is the State Governments responsibility to disseminate the information. Factly had said earlier that lack of proper instructions by the government will not bring in any change. The government has now issued a set of new guidelines on this issue, but the doubts still remain.

Customers visiting hotels fall under the definition of Consumer

In the new set of guidelines, the government tried to distinguish between fair & unfair trade practices. It also mentions that some customers are of the impression that service charges are part of government taxes. Among other things the guidelines establish the following premise.

What do the new guidelines propose?

The new guidelines distinguish between fair & unfair trade practice and propose a model for hotels/restaurants to collect the voluntary service charge. The guidelines say

To overcome this situation, the government has proposed that the bill presented to the customer may display that service charge is voluntary and the service charge column should be left blank for the customer to fill in before making payment. The guidelines say that any customer can approach the relevant consumer court in a case of such unfair trade practices.

The proposal by the government is akin to what is followed in the west. Enforcement of regulation in the west is far better compared to India and it is a more evolved market where most businesses follow such rules. But there are doubts about its success in a country like ours.

While customers can approach the relevant consumer court in case of violations, this is going to be a very time taking & arduous process. This will discourage most customers to even report such cases of violation. In fact in 2016-17, only 163 such complaints were received by the national consumer helpline in a large country like ours.

A possible way out could be empowering the local bodies (like municipal corporations) to take action in case of violations. The dedicated customer care numbers in use in most of these municipal corporations can also be used for this purpose. This would ensure quick resolution of the issue for the customer. Only those not satisfied with the action of the local body will approach the consumer forum.

Also Read: Don’t Get Cheated: Everything You Need To Know About Service Charge & Service Tax