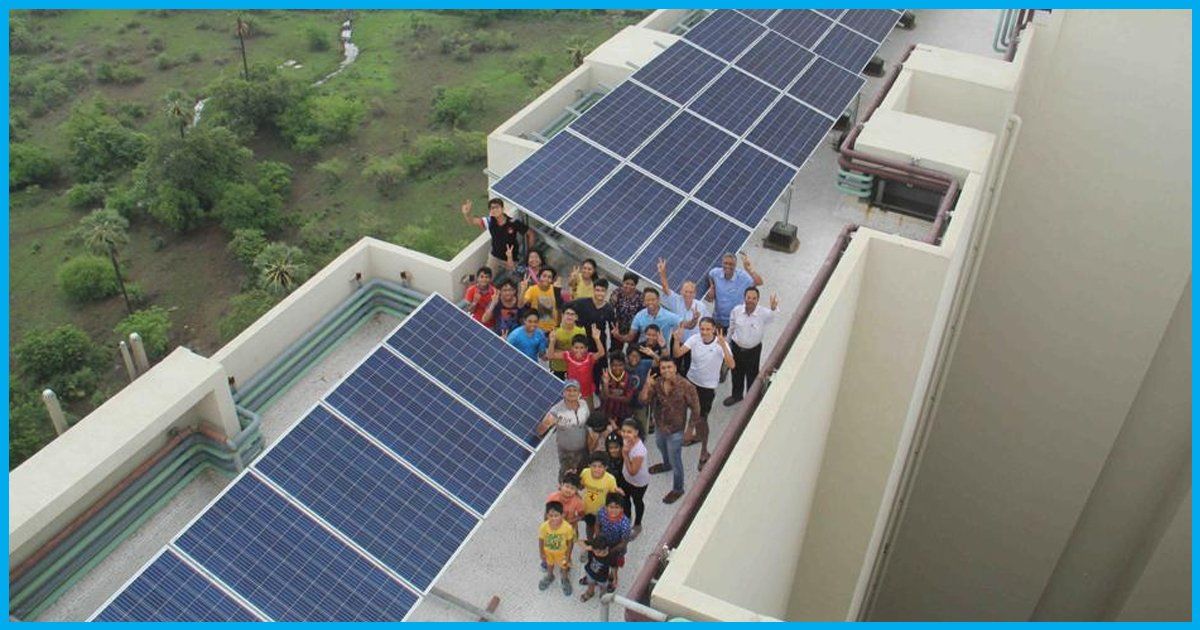 Residents of a 20-storey housing complex in Kandivli, Mumbai have reduced their dependence on electricity grid by nearly 60% by installing solar panels in the premises.

The residents pooled in Rs 33 lakh to install a 65kW rooftop solar system on June 7 – to mark this year’s World Environment Day. But their energy conservation efforts started before this. All regular light bulbs in the common areas of the complex have been replaced with energy-efficient LED bulbs. From rainwater harvesting, wastewater treatment plants to maintaining green cover, the 230 families in Raheja Eternity have left no stone unturned on the road to sustainability.

“There are around 211 panels that generate around 260-280 units per day. But after we replaced all our society tube lights with around 650 LED bulbs, we have reduced our unit consumption substantially. Though the bulbs cost us around Rs 80,000, it was worth it,” said Vishal Gharat, a resident of the society and its alternative energy coordinator, reported by Hindustan Times.

The total energy consumed by the society per day is 863 units, out of which, 337 units are drawn from the electricity grids. The residents are saving Rs 2.2 lakh per month on electricity bills. Furthermore, the maintenance charges paid by each family have also reduced three times.

Raheja Eternity has invested on a wastewater treatment plant that reduces their reliance on public sources. The treated water is used in the washrooms of homes, thus helping the residents save a sizable quantity of clean water. To further save water, homes have recently installed nozzles in taps which reduce the water flow from 8 litres to 3 litres.

The rainwater harvesting system installed in the building recharges percolation pits. It also has a big storage tank.

The residents are also nurturing 20 mango saplings in their lawns and terrace. Another resident, Ashish Shrivastava, told the Hindustan Times, “Once they grow to the desired size, we will plant these saplings in Sanjay Gandhi National Park. We want to live in a place that is better than it was when we got it.”

The society aims to install sensor systems within a month to ensure that lights remains on only when someone is present – lights switch on when someone passes the sensor. This move is expected to enhance the life of bulbs by nine times, as per the residents.

Another project to be taken by the residents in the installation of two automated composting machines that can convert kitchen waste into compost in three days.

The efforts taken by Raheja Eternity have been appreciated by the local municipal ward officer who said that they are setting an example for other housing societies. Many complexes have taken similar efforts as they too wanted to join the green wave.

The Logical Indian community commends the efforts taken by the residents of Raheja Eternity to safeguard the most important aspect needed for our survival – the environment. Their conservation methods show that technology can be used for greater purposes. We hope that many more people take this example and duplicate the society’s effort.