As per the data shared by the Government in the Parliament, more than 3000 level crossings are unmanned (UMLC) across the country on Broad Gauge (BG) while more than 2700 are unmanned on Meter Gauge (MG) & Narrow Gauge (NG). As per the plan submitted by the government to the Supreme Court, all UMLCs on BG are to be eliminated by 2020.

More than 13 school children lost their lives in an accident at an unmanned level crossing (UMLC) in Kushinagar of Uttar Pradesh. In a similar accident in Telangana in 2014, 26 children lost their lives. A PIL was filed in the Supreme Court (SC) following the accident in 2014. The case went on for about one and a half years, and the SC disposed of it in 2016 after having convinced itself with the action plan submitted by the government. The government had submitted an affidavit to the court in September 2015 with an action plan to eliminate all UMLCs on BG by 2020. As it stands, more than 3000 level crossings are still unmanned on the broad gauge network as of February 2018.

22% of the Level Crossings are still Unmanned 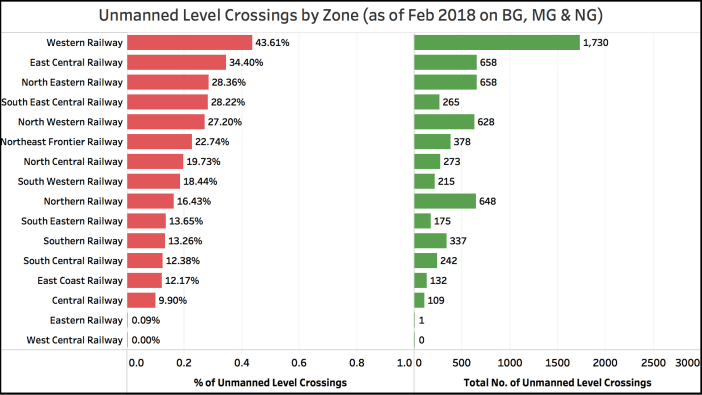 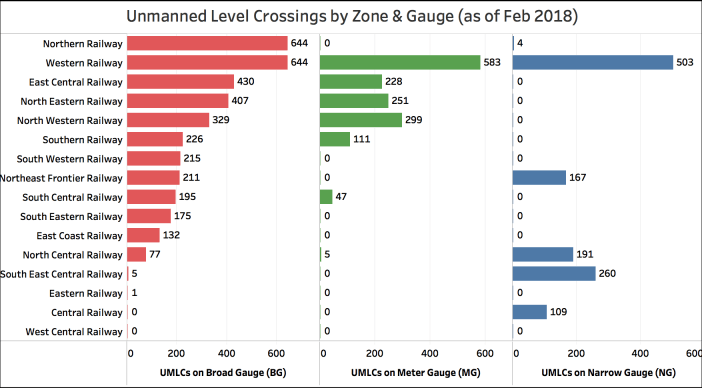 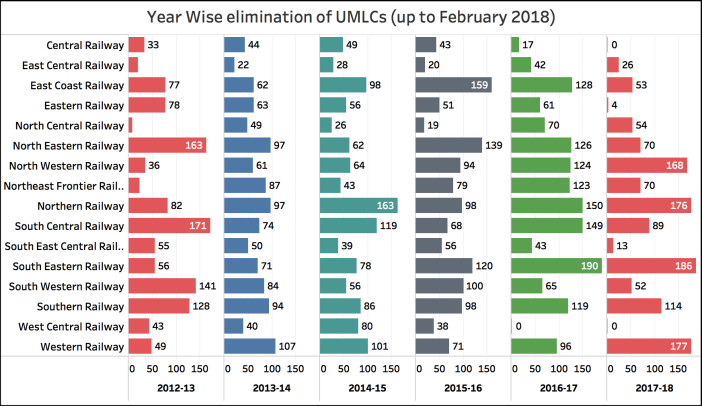 Target to eliminate UMLCs on Broad Gauge by 2020

While the government seems to be on target to eliminate all UMLCs on broad gauge by 2020, the work should be expedited to prevent any further accidents.