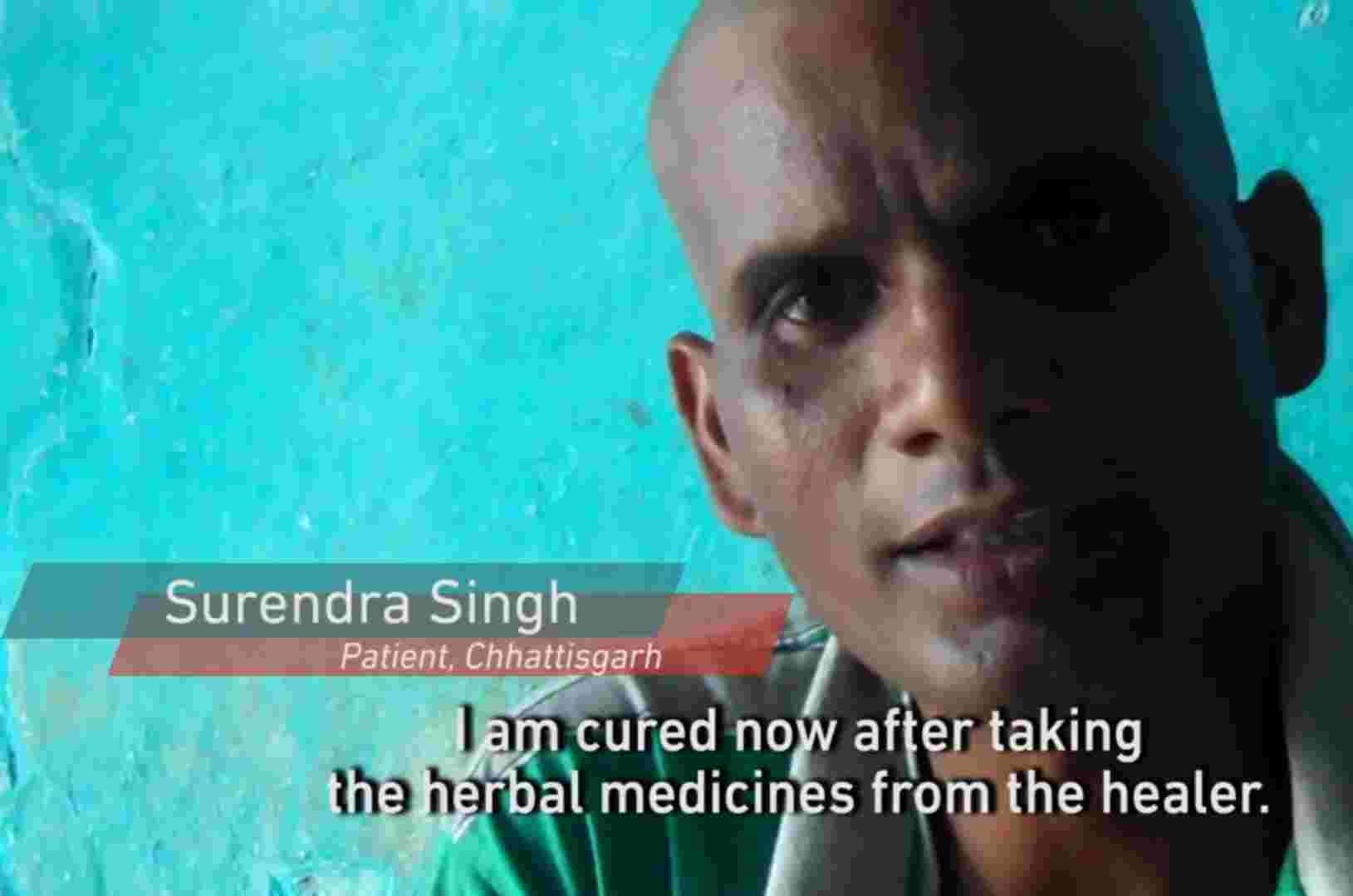 Deep in the jungles of Chhattisgarh, a technological and medical revolution is underway.

“I will tell you what to give the patient for gout,” says a friendly voice on the mobile phone. The pre-recorded message then outlines the way to prepare a traditional concoction of herbs and plants to treat the condition. For the indigeneous tribal family, residing deep in the jungles of Chhattisgarh, this is the only way to access medical advice that they can actually use since they can collect the ingredients from the forests that surround their hamlet. In the districts such as Bastar, where medical facilities are sparse, such voice recordings on Swasthya Swara, a unique, not-for-profit, mobile-based service, is bridging the last mile gap in health services that cripple this region. “I took a lot of medicines for a cough but it kept worsening for three months. My health improved after taking the herbal remedy prescribed by the vaid (traditional medicine practitioner),” says Surendra Singh from Chhattisgarh. Swasthya Swara has been developed by CGNet Swara, a not-for-profit, grassroots media organisation. The NGO has already gained a lot of of popularity among the local residents through its mobile-based and online news portal that allows anyone with a mobile phone to record and listen to stories of local interest. Swasthya Swara uses this same mobile-based voice platform to link experienced indigenous traditional healers from Chhattisgarh, Madhya Pradesh and Rajasthan with callers across India. On dialing Swasthya Swara‘s mobile number 08602008111, callers can access a wide range of alternative and traditional remedies for ailments that range from a simple cold or case of acidity to serious emergencies like scorpion bites and jaundice. Besides providing immediate medical advice, these voice recordings, outlining the remedies, are also becoming an invaluable archive of indigenous medicine.

In Chhattisgarh, 77 percent of the population resides in rural areas. Thirty-seven percent of this rural population hail from indigenous tribes, residing in the deep forested areas of Chattisgarh. Catering to them all is the National Rural Health Mission (NRHM), which is the backbone of the government’s rural health infrastructure. However, the NRHM is facing a shortage of at least 2,800 health personnel that includes 1,047 doctors, 1,336 nursing staff, 207 laboratory technicians and 202 pharmacists. This crisis of human resources has further been compounded by poor or missing infrastructure, poverty, corruption and inadequate health awareness programs. Such gaps in the public health system mean that modern medicine and knowledge often fail to reach remote areas; however, indigenous medicinal knowledge, which derives solutions from the rich flora abundant in Chhattisgarh, can be a lifesaver in these areas. “You will find a vaid in every adivasi (indigenous tribal) area you visit. These vaids speak many languages and most of them have a mobile phone. Their phone recordings can preserve this indigenous medicinal knowledge,” says Shubranshu Choudhury, the founder of CGNet Swara. Swasthya Swara is harnessing this knowledge and providing it free-of-cost, bridging the gap between rural healthcare using Information Communication Technology. (ICT)

The Social Innovation and how it works.

The traditional practitioners collaborating with Swasthya Swara portal record the cures for different ailments and how to make them in their own languages and dialects, which then gets translated into mainstream languages. These remedies are also verified for authenticity by government bodies or an editorial board chosen from among the practitioners before airing them. A call or missed-call to Swasthya Swara’s number is returned with the relevant pre-recorded voice message from Swasthya Swara’s database of cures that curate the traditional health knowledge of vaids. In a country like India, which faces an acute shortage of nearly 500,000 doctors according to World Health Organization (WHO) norms, innovative models such as Swasthya Swara can prove to be revolutionary, especially in states with abysmal health infrastructure. “We started Swasthya Swara to revive and promote the traditional medicine system,” says HD Gandhi, a contributor, and traditional practitioner himself. The portal has spread health awareness and revived dying indigeneous knowledge streams without any financial help from the government. But to further expand its services to other states and upgrade its technology, Swasthya Swara needs your help.