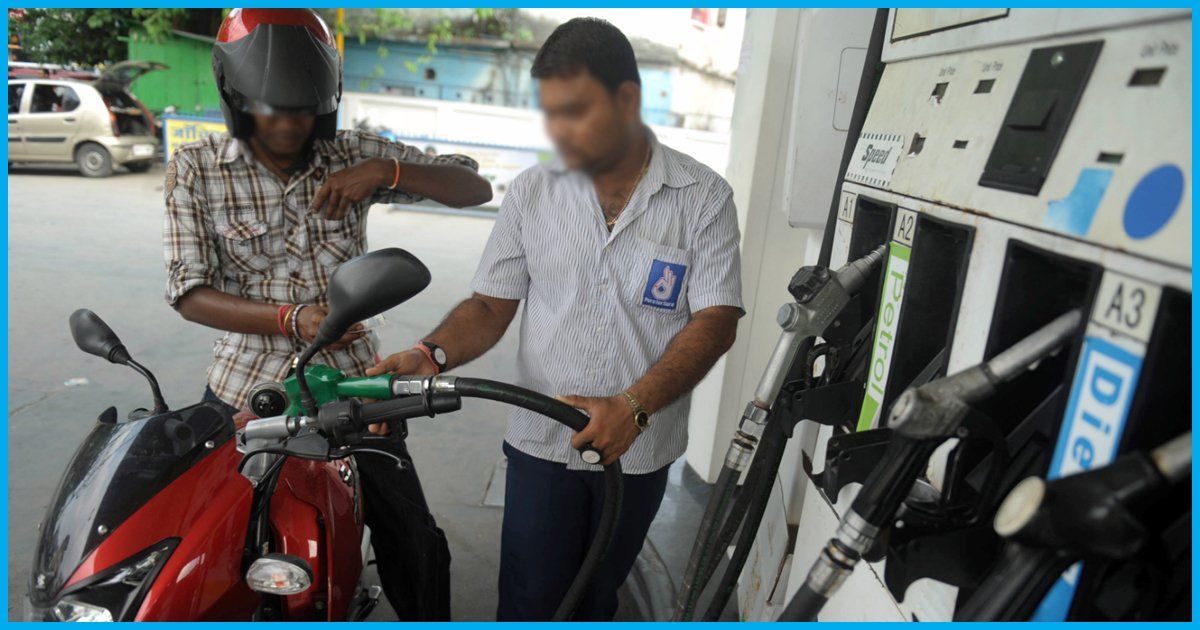 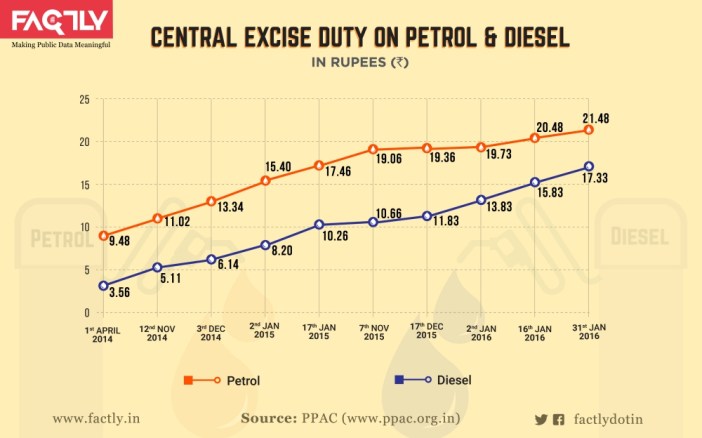 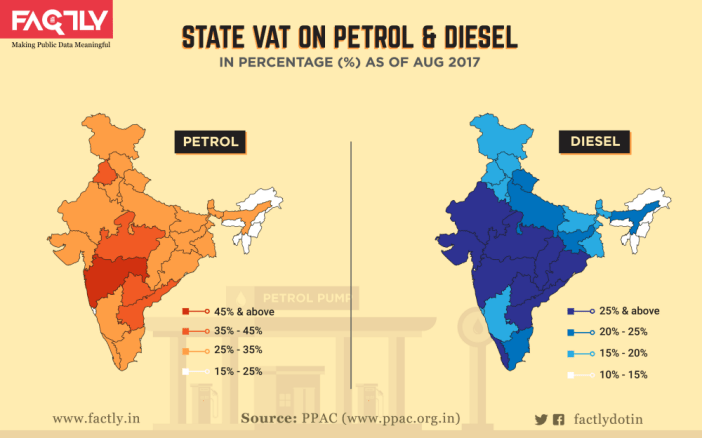 3. The central government revenue through excise duty on petrol & diesel more than tripled between 2013-14 and 2016-17. During the same period, the state government revenuthrough VAT increased marginally. 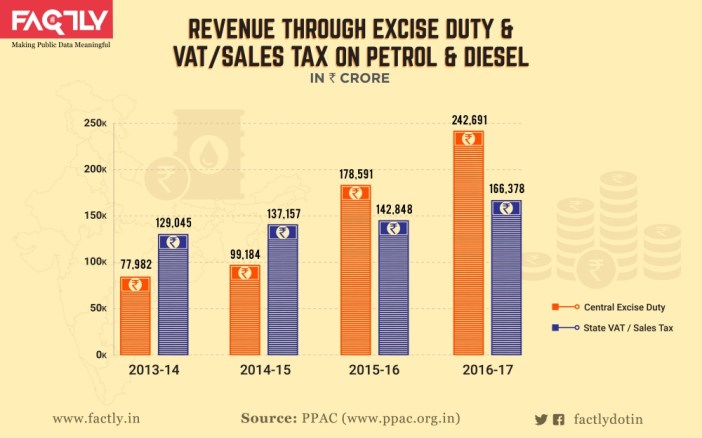 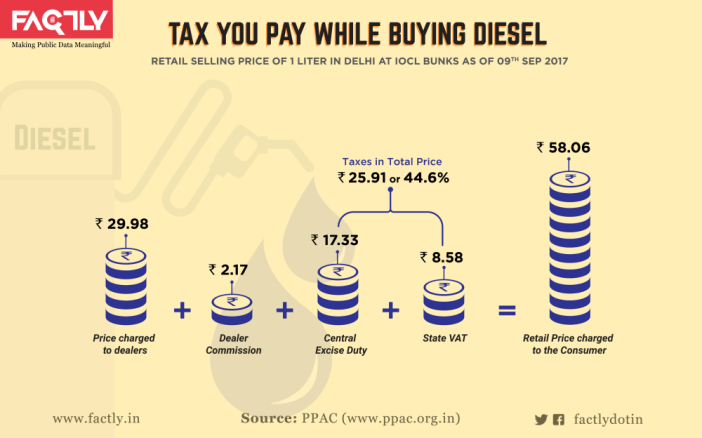 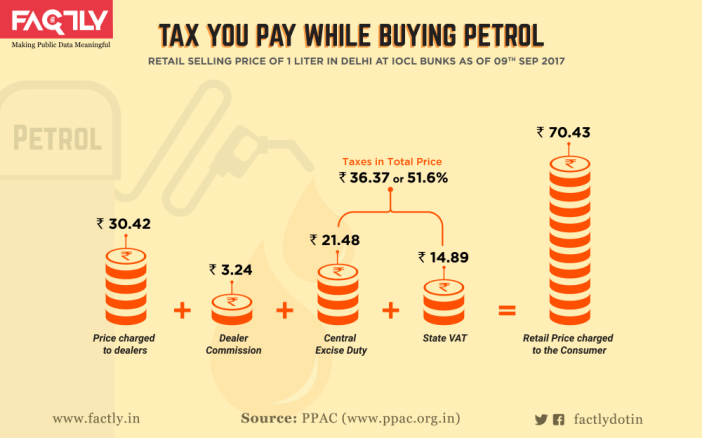