How Much Does The Government Spend On Social Media Advertising?

Factly had earlier reported that the Central Government spent close to Rs 10000 crore on publicity in the last 16 years. But what is the expenditure on social media?

Is MIB the only Ministry doing outreach/promotional activities for the government?

While the overall publicity expenditure is borne by the MIB, it is not the only organization that is publicizing government programs. MyGov, a division of the Digital India Corporation under the Ministry of Electronics & Information Technology, also does multiple outreach activities of the government including Mann ki Baat, various quizzes, publicizing achievements of the government etc. Hence, the Central Government’s expenditure on social media advertising includes the expenditure from the Ministry of Information & Broadcasting and the expenditure from MyGov. 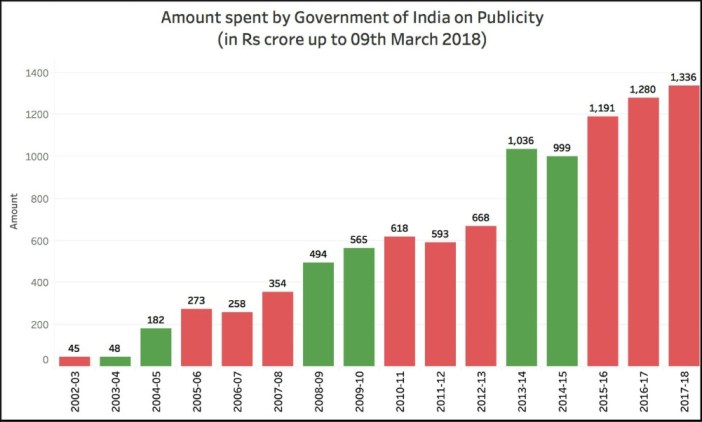 What about Social Media expenditure by MIB?

As per the information provided by the MIB in response to an application under RTI, a total of Rs 81.62 crore is spent on social media advertisements in the six (6) years between 2012-13 and 2017-18. 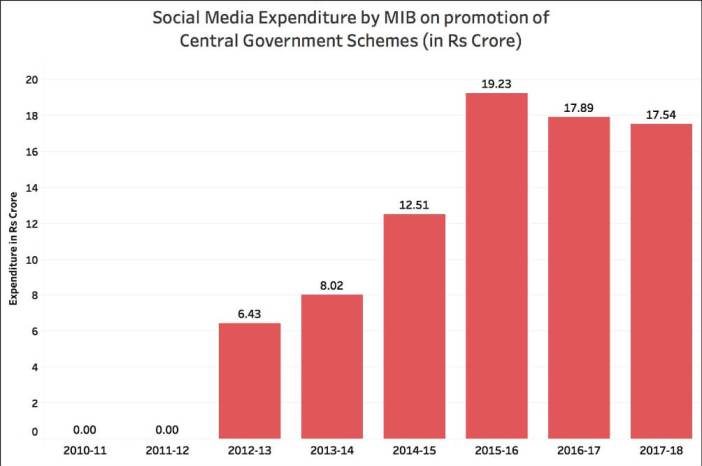 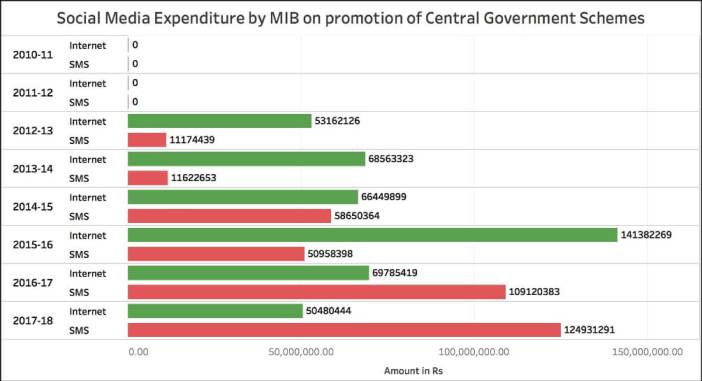 What about expenditure on MyGov?