Citizens often complain that Political Parties fail to keep up the promises made during election campaign and in party manifestos. Data reveals that it’s not just the promises made to citizens, Governments fail to implement assurances made in the Parliament as well. About 38% of the assurances made during the 16th Lok Sabha are still pending while this number stands at 8.2% for the 15th Lok Sabha.

While responding to questions in the House or during discussions on Bills, Resolutions, Motions etc., Ministers on several occasions give assurances, undertakings or promises to consider a matter, take action or furnish information later. These are termed as assurances. Some of the following are examples of assurances made to the house.

In order to ensure that these assurances are implemented in a reasonable timeframe, the Lok Sabha & the Rajya Sabha have constituted a Committee on Government Assurances with a view to institutionalize the procedure to ensure the fulfillment of these assurances. The process followed is described below.

Status of Assurances made during the UPA 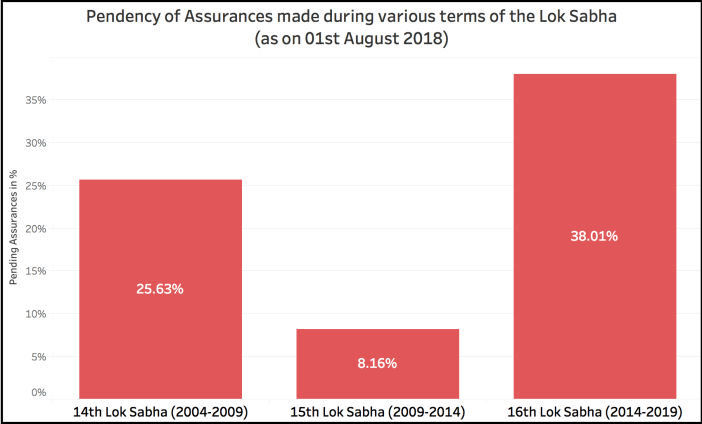 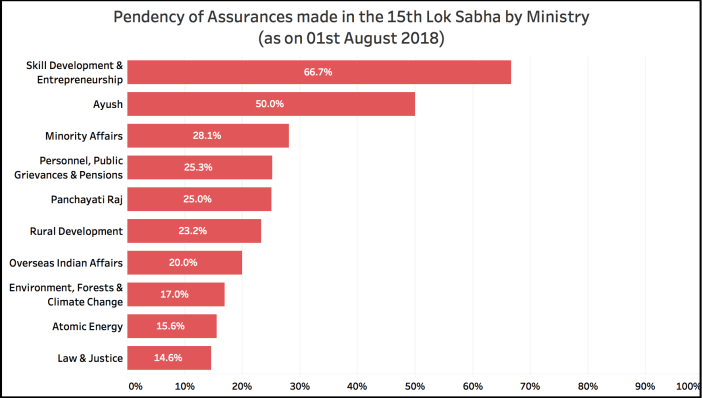 What about the Current Lok Sabha? 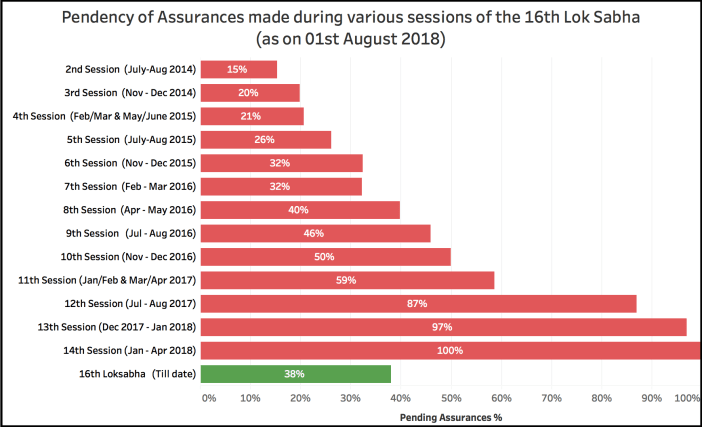 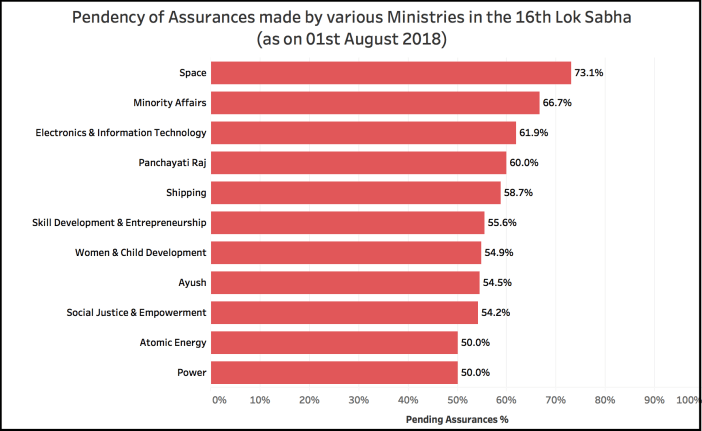 Incidentally, in the 15th Lok Sabha also, there was one assurance from the PMO that was dropped.

What about Rajya Sabha? 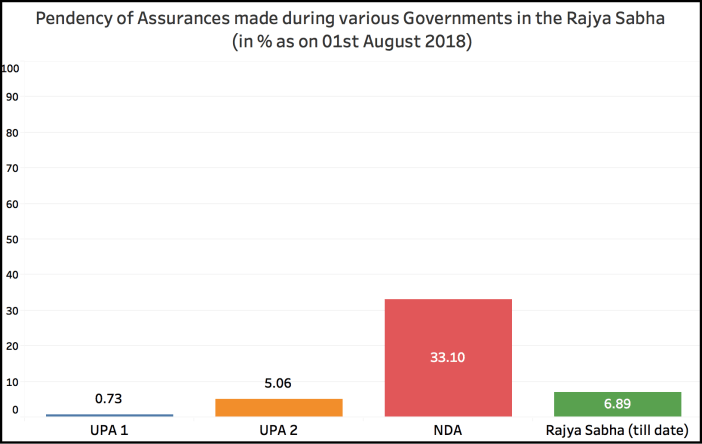