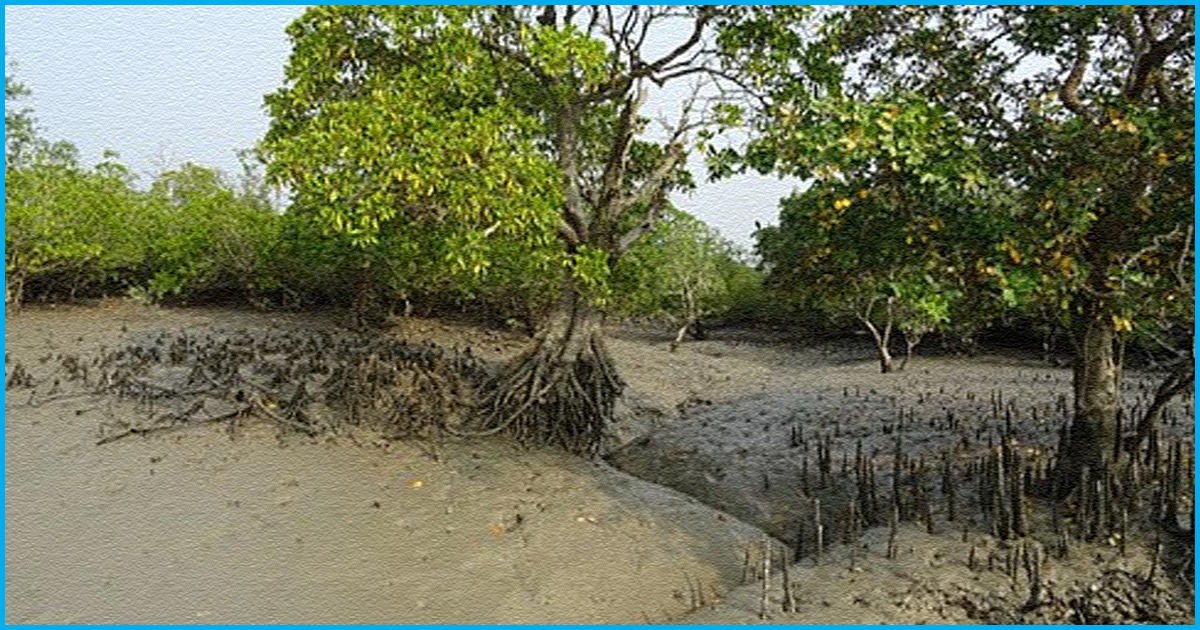 An Island In Sunderban Is Disappearing Due To Rising Sea Water; Residents Left Without A Home

Ghoramara Island, a part of the Sunderbans delta in the Bay of Bengal, is shrinking every year due to the increasing rising sea level. The Sunderbans, world’s largest mangrove forest, is shared by India and Bangladesh and is home to endangered tigers, dolphins, crocodiles and 300 species of bird, as per Business Insider.

Once a home to about 7,000 people, the island, that lies 150 kilometres south of Kolkata, has only 4,000 people still living there. The island’s residents are willing to move elsewhere but they can not afford it.

The 4.6 square kilometres island has nearly halved in size over the past 20 years, say the village elders. Tuhin Ghosh of the school of Oceanographic Studies of Jadavpur University said referring to satellite images “Everywhere there is sharp cutting of the river banks, chunks of the mainland are being displaced from the mainland and getting submerged,” reported ED Times.

Life on the island

West Bengal government has relocated thousands of people to neighbouring Sagar Island. High tides and frequent floods have made it impossible for the government to reach out to the residents to provide aid and food supplies. In June 2016, Ghoramara remained water-locked for an entire week.

Ghoramara resident Rabiul Saha told Firstpost in 2016 “Those who have money can cross the sea. Those who don’t, wait like us to get drowned. Even if we get to the mainland, we remain refugees with no homes, no identity and no community. We are simply losing the battle.” Saha also told Firstpost that his teen daughter dropped out of school because all the teachers left.

Rice is the staple crop in Sunderbans, but rice paddies are flooded by saltwater every year. After a flood destroys a paddy cultivation, it may take up to five years before rice can be replanted in the field. ENDEV, an environmental organization is providing salt-resistant seeds to farmers. Betel leaf crop is another major source of food but frequent floods damage the crop. Mihir Kumar Mondal, a farmer said in August “Every year high-tide salt water enters my farm and destroys my cultivation, so I have to face a big loss.”

Most of the residents of the island have relocated to nearby Sagar Island. Some people who leave the Island end up homeless in West Bengal, looking for shelter and livelihood.

Sanjib Sagar, the Ghoramara village head said that half the residents are willing to move elsewhere if the government provided free land. As per Reuters, Minister for disaster management in West Bengal government declined to comment on the plan about the relocation of the Island’s residents.

The Intergovernmental Panel on Climate Change (IPCC) predicts that sea level will rise a total of 0.18 to 0.6 meters between 1990 and 2100. Climate Change is rapidly altering landscapes around the world. In 1995, Bangladesh’s Bhola Island, also a part of Sunderbans, was half-submerged by rising sea-levels, leaving 500,000 people homeless. US state of Missouri loses about 65 sq km of land to sea every year. Countries like Maldives, Tuvalu and coastal cities like Mumbai, Shanghai face the greatest danger. There could be as many as 300 million climate-refugees by 2050 according to a 2011 study.

There are no provisions for resettlement of Climate-refugees. People leaving their home for environmental reasons can’t seek asylum. Some organizations like Greenpeace are pushing for more rights for Climate-refugees, but, it might take many years before existing refugee treaties are amended. New Zealand has set an example by becoming the first country to allow asylum claims based on environmental conditions.

There is no electricity, no smartphones or cars on the Island. The villagers have no idea about climate change, all they know is that rising water-level is swallowing their homes and chances of survival.

While many of us might not believe it, but, global warming is an actual phenomenon and it is man-made. While global warming might not be explicitly visible today, it has been constantly shaping the world that we live in. It is important for each of us to understand the consequences and act on it and make sustainable use of energies. Furthermore, climate change is a national security issue. When your natural resources are in danger, your country is in danger. Time is running out, but our leaders aren’t showing the urgency that warrants this issue. Climate is an angry beast, and we are poking at it with sticks.