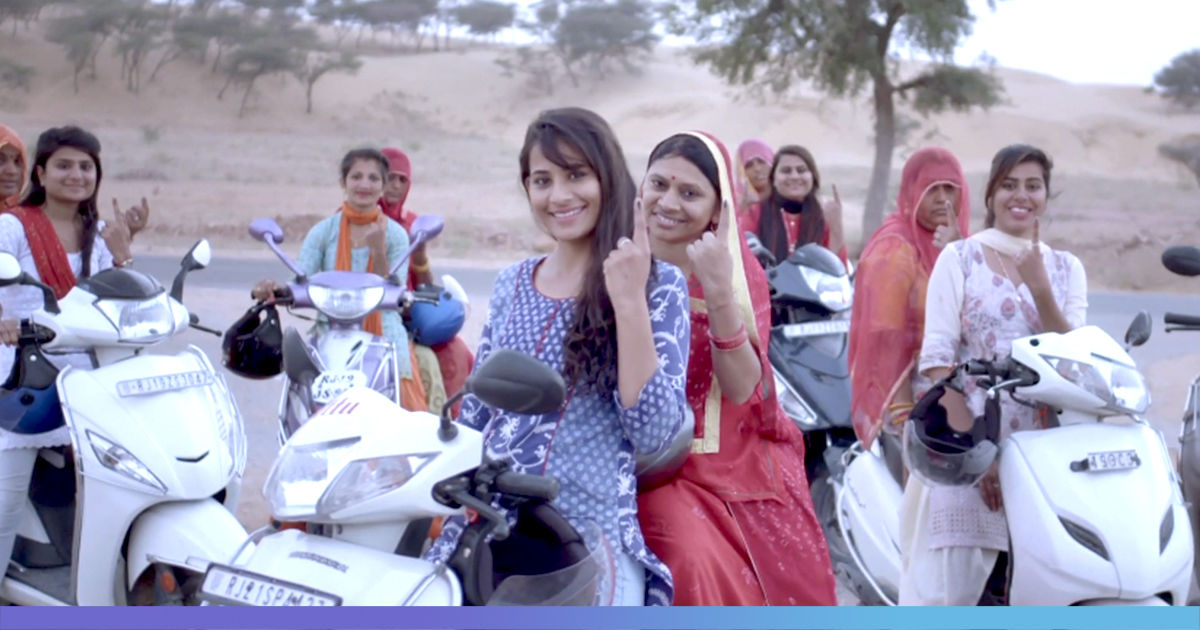 Every Vote Counts: This Election Help One Person Reach The Polling Booth

India is a nation of stellar democracy. Every citizen of India has a chance to make informed choices towards nation building by actively engaging in as responsible voters. Every single vote is a step towards governance “by the people”. In other words, vote is one of the most decisive agents of change, a combined effort of “the people of India”. It has the power to make or break a government.

However, more often than not, a large section of Indian population fails to reach the polling booth to cast their votes due to many reasons. It includes people of old age with health issues, people with restricted mobility due to physical imparity or otherwise and people located far from the polling booths without any means of locomotion despite being eligible to vote. As a result, a pronounced size of votes is lost.

Castrol Activ with its recent initiative #NonStopDemocracy is making efforts to encourage the voters to help others reach the polling booths to make sure our democracy thrives in its full glory. This election, Castrol Activ inspires every citizen on his/her way to the polling booth to give a backseat of their two-wheeler to another voter and ride along to cast votes. It is only through your vote that you can #ProtectWhatYouLove because it is our collective effort that shall enable India to run smoothly on its giant wheels of democracy.

In the previous Lok Sabha elections, the total voter turnout percentage was 66.40%. Besides domestic migration and unwillingness to vote by a segment of people, other votes that are lost can be prevented if eligible people willing to vote, are helped to get past their mobility hurdles.

These might come across as insignificant reasons. However, a fairly nuanced observation shall be enough to press that these fallouts significantly maneuver the election results. The manifested results, therefore, might not always be an accurate representation of what India wants. The ‘lost votes’ disfigures the face of public propensity on State politics or at least could define the mandate of a politician. All the more, lost votes weaken and worse dismantle the true spirit of democracy.

To ensure the robust existence of a democratic State, it comes off as a duty of a well-meaning citizen to also help people with various mobility challenges to reach the polling booths simply because every vote matters. It resoundingly sets an example of a more involved citizen.

The Logical Indian community appreciates this very thoughtful initiative by Castrol Activ. It is in the combined power of every vote that can torch India to its colossal height. Therefore, this election, vote and give a ride to help cast a vote too.

Come let’s take the #NonStopDemocracy pledge and be a part of making India great.