In the PIL (W.P. (Civil) No. 318/2006) regarding the misuse and low spending of the ‘Building And Other Construction Workers Welfare Cess’, the Supreme Court issued a slew of directions to both the Central & State Governments. Among other things, the court directed mandatory social audits for the expenditure from this fund, constituting advisory & expert committees, extending other benefits, coming with a model welfare scheme for building & other construction workers.

Model Welfare Scheme for the Workers

Following the directions of the Supreme Court, the Government of India came up with a model welfare scheme for ‘Building and Other Construction Workers’ including an action plan for its implementation. The model scheme lays emphasis on easy registration of workers, life & disability cover, health & maternity cover, education, housing, skill development, awareness programs, pensions etc. The model scheme is supposed to be adopted by states and all the benefits listed in the scheme have to be extended to the workers.

Only about 60% of the Workers registered with the Welfare Boards 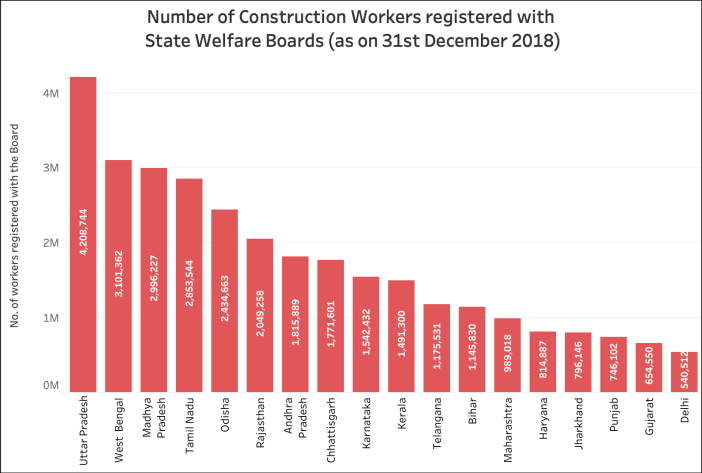 Only 39% of the Cess is spent till date 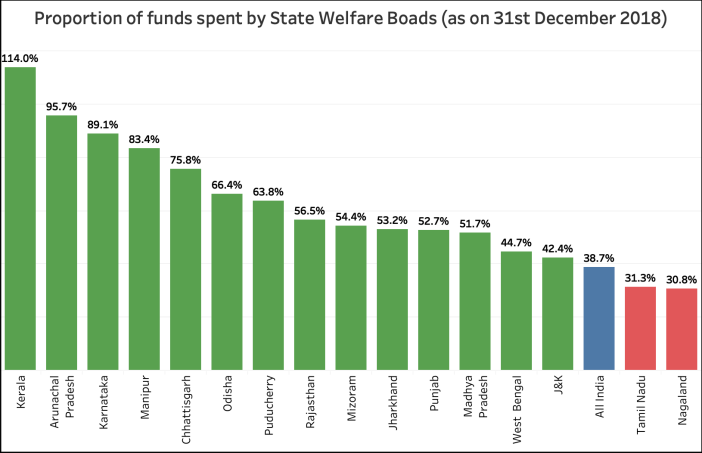