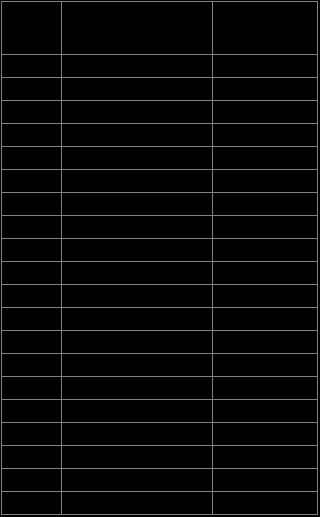 Child Marriage, A Global Problem And A Shame In 21st Century

This song from Deepa Mehta’s movie Earth 1947, released in September 1999, had gone viral. We could hear it being played during various wedding ceremonies and we danced to the lyrics and rhythm. After all, it encompassed the mood of celebration which any wedding brings forth. However, there was a twist in the tale. When the flowers hanging from the turban of the groom and covering his face were moved aside, we saw that he was an old, wrinkled man, eager to marry a girl who was barely a child. That was the irony of the entire circumstance – an octogenarian marrying someone who, in all probability, would not have even entered her puberty.

According to a UNICEF report, Unite for Children, over 700 million women alive today were married as children, 1 in 3 girls in the developing countries of the world were married before 18 and entered sexual union, and if we do not take arms against this evil social practice then by the end of the decade an estimated 142 million girls will be married as children. The table below shows the countries around the globe which have the maximum incidence of child marriage: As the table illustrates, the highest prevalence of child marriage are concentrated in Western and Sub-Saharan Africa. However, due to population size, the maximum numbers of child brides reside in South Asia. India ranks 14 in this list with 47% of women married below the age of 18. Due to its sheer population, it adds up to a third of the world’s child brides. Though there has been a decline in the incidence of child marriages nationally (54% n 1992-93 to 33% now), it advances at a slow pace.

In many places child marriage is prevalent simply because it is a traditional practice that has been perpetuated for centuries down the generations. If one takes a stand against this tradition, the family runs the risk of communal ostracism.

Devaluation of girls as compared to boys in many communities is another major factor. Girls are regarded as burdens to be rid of as soon as possible.

Acute poverty means if a girl is given away in marriage, her parents will have one less mouth to feed. In communities where dowries are given, the younger and more uneducated the girl, the less is the dowry demanded. There are communities in which a ‘bride price’ is paid by the groom’s family. This could be in the form of livestock or cash and is welcomed by poor families.

More than half of the girls in Bangladesh, Mali, Mozambique and Niger are married before age 18. In these same countries, more than 75 percent of people live on less than $2 a day.

In a number of areas, girls are exposed to sexual harassment and parents feel that it is the best for girls to be married so as to prevent physical assault.

Often in the same areas there are limited education opportunities for girls. Additionally, low quality of education, inadequate infrastructure, lack of transportation and hence exposure to assaults aggrandize the desire to keep girls at homes.

Such girls are seen as liabilities – they have limited economic roles due to lack of higher education. Hence, parents feel that it is better to marry them off at a tender age.

Although there are laws against child marriage in many countries, they are often not effectively implemented because people appointed to enforce the laws also belong to the same communities and fear social ostracism. They are not willing to go against community decisions.

People feel that the force of traditions weighs greater than the force of law. Due to this mentality they are also not proactive in finding the course of law, let alone execute it.

In India, the schemes meant to discourage child marriage are limited to cash transfers without any messages to address the multi-dimensional nature of child marriage. ironically, the same cash is used to pay dowry as soon as the girl turns 18.

In a number of countries, like Tanzania, there is no legal protection against child marriage at all.

To begin with, child marriage is a violation of child rights and has a negative impact on physical growth, health, mental and emotional development, and education opportunities for girls.

Early pregnancy is one of the major causes of deaths for girls between 15 and 19 years of age.

If there is a huge gap between the ages of brides and groom, chances are that men might be infected with STDs and HIV due to their sexual experience and can transmit them to the girls. Girls between 15 and 19 years have 6 times more likely to contact HIV than boys of the same age in Sub-Saharan countries.

Child brides are twice as likely to experience domestic violence as women who are married later. They display signs of sexual abuse and post-traumatic stress.

Since they are not properly educated, they are further devalued in the groom’s family and left out of important decisions related to the household matters. They are not empowered enough to bargain for their rights or take a stand against abuse.

The Universal Declaration of Human Rights recognizes the right to ‘free and full’ consent to a marriage.

Child marriage is prohibited by the Convention on the Elimination of All Forms of Discrimination against Women (CEDAW).

Governments have committed to ensure the overall protection of children and young people aged under 18 years under the Convention on the Rights of the Child. This would extend to protecting children from child marriages, too.

Besides, different countries have developed their own legal frameworks related to child marriage. Some of the laws operating in India are:

Prohibition of Child Marriage Act, 2006 – it is illegal for girls to marry under 18 years and for boys under 21 years. In case a couple has been married as minors, they can make the marriage null and void within two years of attaining majority.

Child marriage is a punishable offence and can invite a fine up to Rs 1, 00,000 or up to two years of imprisonment, or both. It is not-cognizable and non-bailable.

Dowry Prohibition Act, 1961, can impose a fine up tp Rs 15, 000 or the dowry amount, whichever is higher, and imprisonment between 6 months and 5 years

The protection of Children from Sexual Offences Act, 2012.

However, it is to be reiterated that legal framework alone is not effective in containing child marriage. There has to be a collaborative effort by government, communities, NGOs and religious leaders to work towards ending this evil practice.

The single most important step to contain child marriage is to empower girls. This is difficult because it is a traditional practice which has been continuing for generations. The basis is often religion and driven by inequitable gender norms, like protecting the honour of the family by controlling a girl’s sexuality. Therefore, at a very basic level, these norms have to be changed. This can be done only by working with families and wider community. Awareness about the harmful effects of child marriage has to be brought to the knowledge of people. This will in turn reduce the acceptance of child marriage.

Since most of the decisions related to girls are widely taken by male members of the family, like fathers, brothers, husbands or even future husbands, it is imperative to tap their help to bring about an end to child marriage. They have to be involved in reflecting on status quo and see the benefits meted out to a community which supports female empowerment.

In those societies where religious leaders play an important role in influencing public opinion, they can bring about change by targeted intervention. They can play a crucial role in advocating change in norms and attitudes. They can teach the families about the ill-effects of child marriage and the benefits of woman empowerment.

A number of NGOs are holding workshops, campaigns and using street theatre to communicate the harmful effects of child marriage to girls and their families.

The same can be disseminated using mass media like radio and TV.

Mass media can establish new role models which campaign for changing the attitude towards women and for ending child marriage.

There is a need to provide educational, healthcare and child protection services to girls for which the government, NGOs and community have to come together.

Providing high quality and safe educational centers to girls will enable them to complete their education, learn skills and become financially independent. This will not only prevent child marriage but also contribute to the family and community income. The poor have to be taught that a girl is not one more mouth to feed but two more hands to work. In Mozambique, some 60 percent of girls with no education are married by 18, compared to 10 percent of girls with secondary schooling and less than one percent of girls with higher education. Educating adolescent girls has been a critical factor in increasing the age of marriage in a number of developing countries, including Indonesia, Sri Lanka, Taiwan and Thailand

For married girls, alternative means of training in various skill sets through formal or informal mode can be arranged for. This includes part time, vocational or remote education.

Economic empowerment schemes such as microfinance or village savings and loan schemes can go a long way in ensuring that girls can support themselves and their families. This will also generate respect toward the girl child.

Both girls and boys need to be educated about their own bodies and the need for safe sex. This can prevent HIV, STDs and early pregnancies in girls. Health service should be made friendly and sensitive towards girls so that they do not hesitate in approaching the healthcare professionals without male supervision.

If registration of births and marriages is made compulsory then it is easier to prove the age of the minors. This can enable girls and women to take legal recourse if needed when a marriage ends.