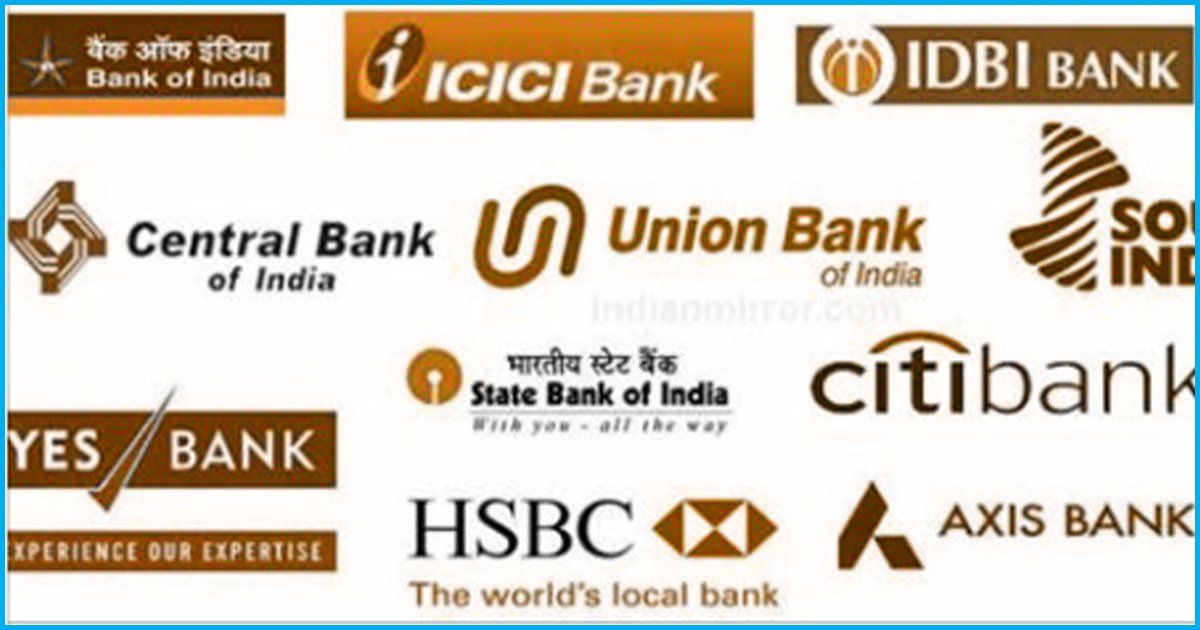 Punjab National Bank has just reported that it detected fraudulent transactions worth $ 1.77 billion. Government data on bank frauds indicates that more than 12000 such cases were reported between 2014-15 and 2016-17.

One of the major Public Sector Banks, the Punjab National Bank (PNB) has said in a regulatory filing that it has detected fraudulent & unauthorized transactions worth $ 1.77 billion. The statement also said that the matter has been referred to the law enforcement agencies. Data shared by the government indicates that there have been a total of 12,778 bank fraud cases in the 3 years between 2014-15 and 2016-17.

The Reserve Bank of India (RBI) has issued detailed directions about classification & reporting of fraud by all the Scheduled Commercial Banks (SCBs). As per these directions, frauds in banks have been classified into the following categories.

Banks have to report frauds electronically in a specific format to the Central Fraud Registry (CFR). CFR is a web-based and searchable database available to banks.

The RBI has also laid down the following guidelines for reporting incidents of fraud. Banks are directed to not only focus on recovery of the amount involved, but also ensure the guilty are punished. As per data shared by the government in the Lok Sabha, a total of 12,778 cases of fraud were reported in all scheduled commercial banks in the 3 years between 2014-15 and 2016-17. The Public Sector banks reported 8622 cases while the Private banks reported 4156 cases. The involvement of staff was reported in more than 13% of the fraud cases. 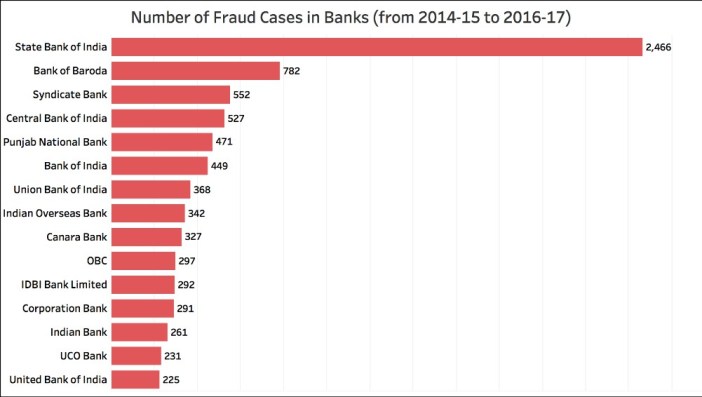 The government has also informed the Lok Sabha that action was taken against 5200 employees of the Public Sector banks for their involvement in fraud between January 2015 and March 2017.

In response to another question in the Lok Sabha, the government informed that more than 4000 cases of Cheque/Debit Card/Credit Card related fraud cases, each involving an amount of Rs One lakh and above have been reported by the banks between 2014-15 and 2016-17. The total amount involved in such frauds was close to Rs 200 crore. Among the states, the most such cases were reported in Maharashtra (1134), the only state to report more than 1000 cases during this period. Haryana, Tamil Nadu & Karnataka are the only other states to have reported more than 500 such cases each. 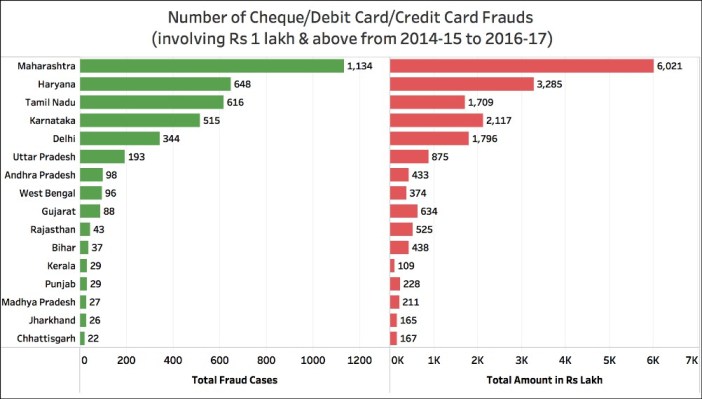