Fact Check: Has The Government Reduced Over 60% Budget For RTI?

Media quoted a PTI story that mentioned about the 63% reduction in the 2018-19 budget for RTI & CIC. While the reduction is true, it is because of the reduced capital outlay for the new CIC building which is more or less ready.

Media picked up a PTI story about the 63% reduction in the funds allocated to the Central Information Commission (CIC) and Right to Information Act (RTI) in the 2018-19 budget. Did the government actually reduce the budget for CIC & RTI? Here is a Fact Check.

The Budget for CIC & RTI

The budget for the CIC is allocated under two different heads. One of them is for the establishment related expenditure like salaries etc. This amount is allocated for the Public Enterprises Selection Board (PESB) and CIC under one head.

The allocation for establishment related expenditure has increased to Rs 31.43 crore in the revised budget of 2017-18. The allocation in the budget proposals for 2018-19 has reduced to Rs 26.54 crore, a reduction of around 15%. 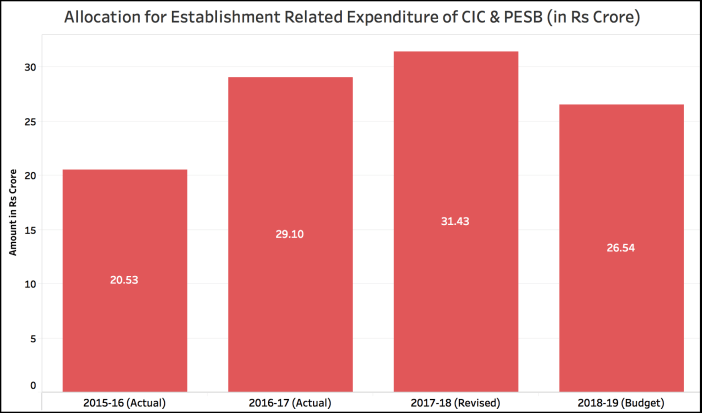 What about other allocations?

Allocations to CIC & RTI are also made under another head. These allocations are exclusively for CIC & RTI related activities. The allocations are for Construction of new building of the CIC, CICs project on effective implementation of RTI Act, dak digitization, setting up of video conferencing facilities, preparation of publicity material on RTI, setting up of Call Centre and establishment of wing for transparency and accountability studies for CIC. The allocations also include funds for the Department of Personnel & Training’s (DoPT) propagation of RTI Act. 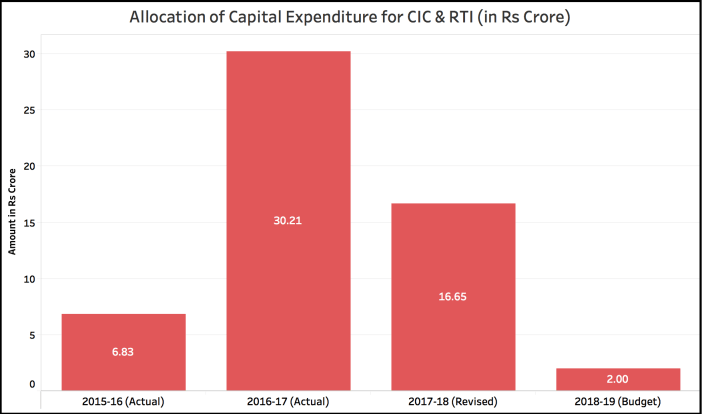 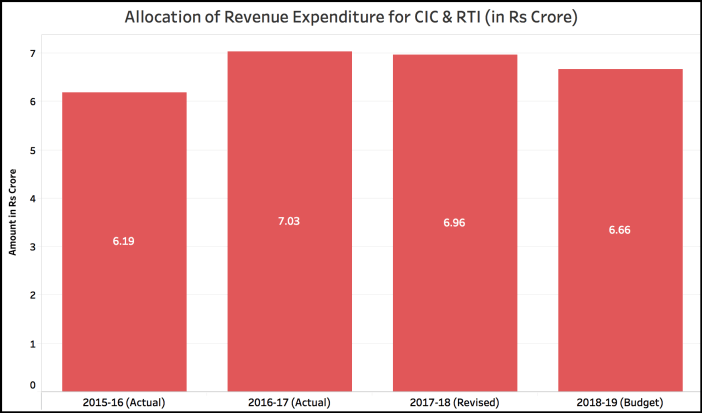 While it is true that the overall allocation for CIC & RTI has come down in 2018-19, it is largely on account of the reduced outlay for capital expenditure since the construction of new CIC building is almost complete.