Blood Collection Increases By 12% In 4 Years, Still 15% Short Of Requirement

In 2016-17, 11.09 million units of blood was collected across the country, about 2% more than the collection in 2015-16. Though the collection has increased by about 12% between 2013-14 and 2016-17, it is still short of the requirement, as per the WHO norm of 1% of the population, by 15% . While voluntary blood donation & awareness have improved over the years, the situation in some states is alarming. As of March 2018,as per the data shared by the government, there are a total of 2903 blood banks in the country or less than 3 blood banks for every 10 lakh population.

Bihar has less than one Blood Bank for 10 lakh population 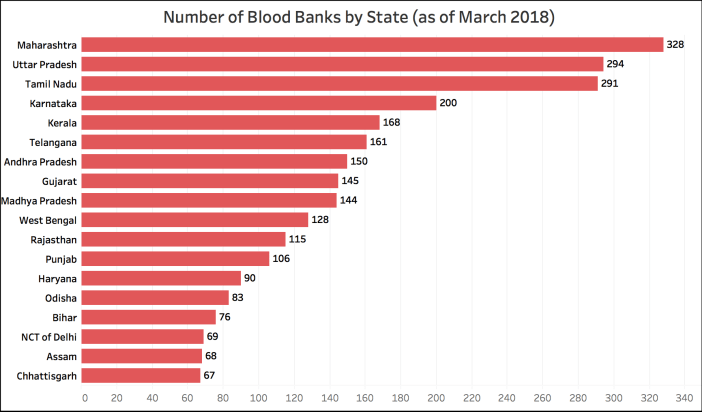 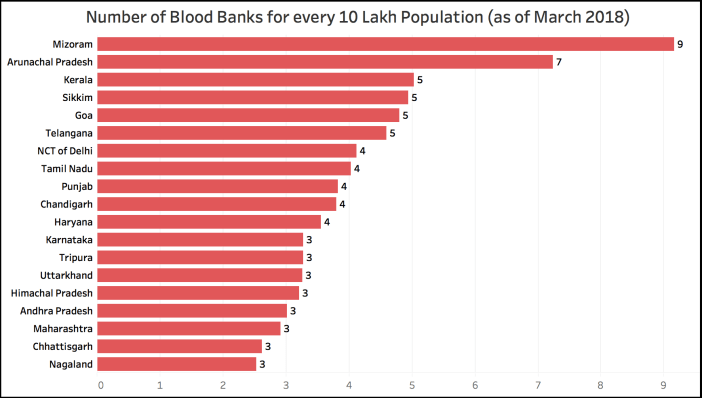 There are 74 districts in the country (spread across 14 States/UTs) that do not have a single blood bank.

Achievement still less than requirement while wastage is more than 10%

As per WHO norms, it is estimated that blood donation by 1% of the population is generally the minimum needed to meet a nation’s most basic requirements for blood. The number of units of blood collected has increased from 9.94 million in 2013-14 to 11.09 million in 2016-17, an increase of about 12%. Even with this increase, annual collection is less than the projected requirement of 13 odd million units. The blood collection is almost 15% less than the required number of units. 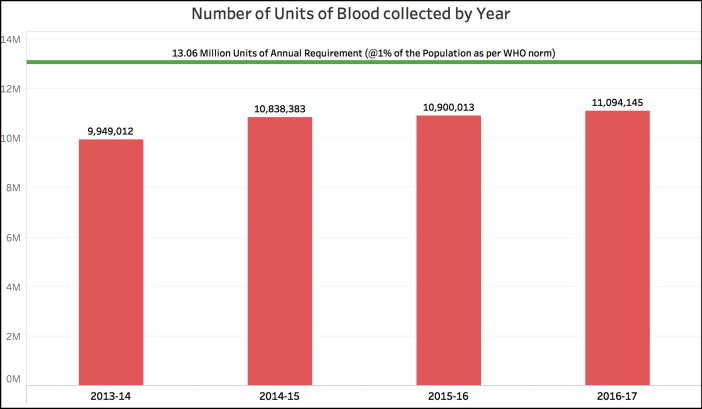 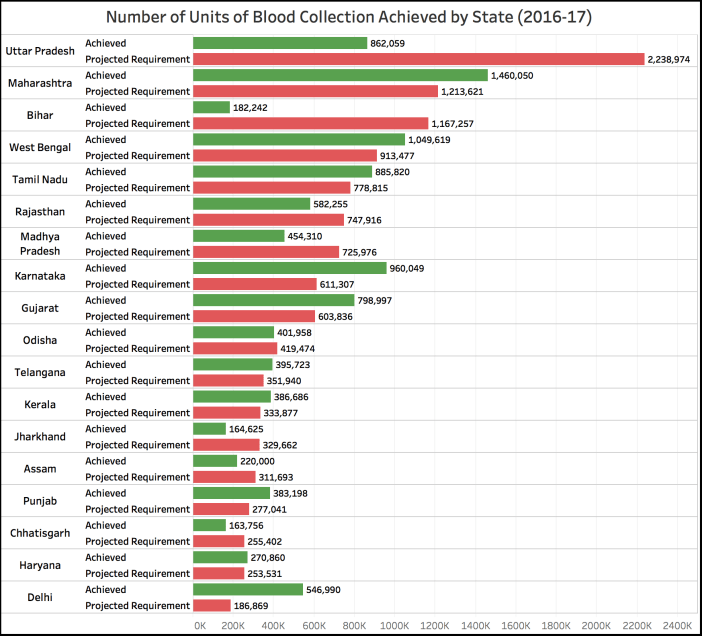 Though the National Blood Transfusion Council (NBTC), the apex body for all issues relating to the operation of blood banks, was established in 1997, the regulation was weak. The National Aids Control Society (NACO) and NBTC are now primarily responsible for blood transfusion services. At the state level, the SACO & SBTC perform that role. Going forward, greater transparency & stronger regulation are needed for improved functioning of the blood banks. Disposal of complaints within a short time frame and hefty penalties for violations are the way forward. The e-RaktKosh portal envisaged to provide real-time information of blood availability is a step in the right direction. The portal has to be expanded to ensure real-time & accurate availability of information.