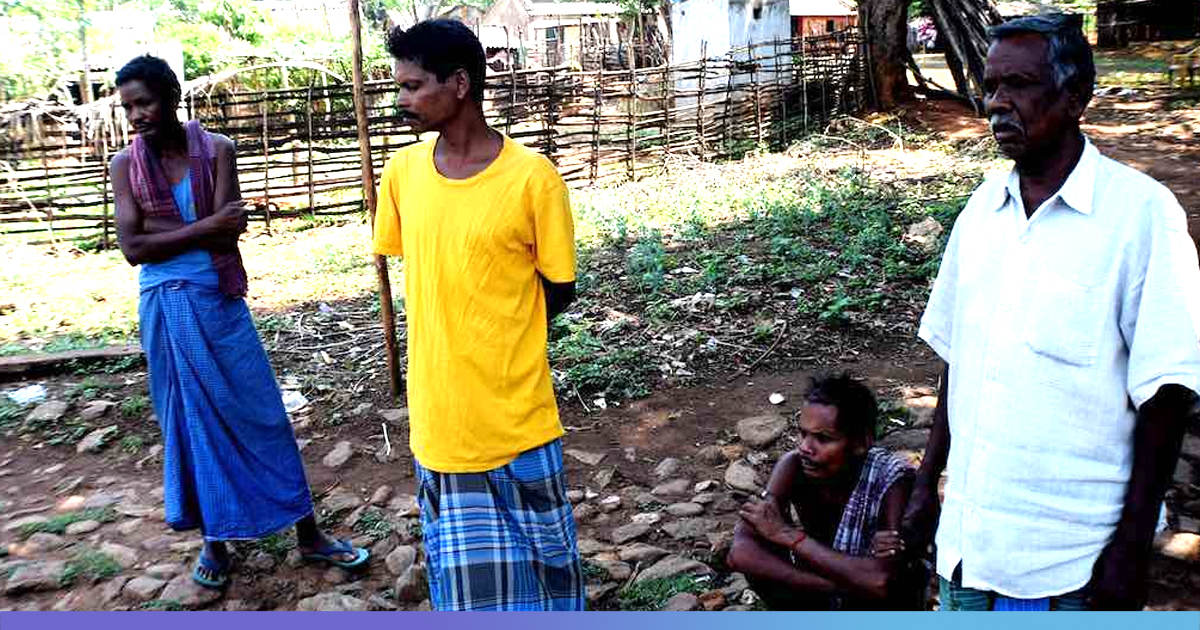 Photo by: Basudev Mahapatra | Understanding the need for conservation of biodiversity, villagers of Mandasaru have strengthened forest protection measures.

Forest communities of Mandasaru hills are taking steps to conserve biodiversity in Odisha’s silent valley, even as the world celebrates International Day for Biological Diversity on 22 May.

“Our life starts and ends with the forest. It’s our lifeline, the primary source of our food and livelihood,” said Mukti Prasad Mallick (57), of Sugadabadi village in Odisha’s Kandhamal district that has a predominant tribal population. “We cannot imagine a life without the forest.”

“We collect the leaves of sal (Shorea robusta) tree found in plenty in the forest, and stitch them into bowls and plates for our use and also to sell in the market. Sal seeds are also in demand because of their use by the soap industry,” said Gaura Pradhan, village committee president of Mandasaru village. “While leaves and seeds provide us livelihood, the dry branches serve as firewood.”

Odisha Biodiversity Board recently declared Mandasaru village as a biodiversity heritage site (BHS). It is one of the 14 BHSs in India, and the first in Odisha to get such a status. In addition, biodiversity management committees have been formed, to strengthen community-level conservation.

Biodiversity conservation has taken center stage over the past two decades for many reasons. There is a growing concern about protection of natural forests and unique habitats of flora and fauna besides conservation of rare species.

According to experts working on biodiversity management and conservation, at least 40% of the world’s economy and 80% of the needs of the poor are derived from biological resources. From assured supply of wild food to meeting livelihood demands of communities living in and around forests, biodiversity conservation has been the key.

Mandasaru, 300 km south of Bhubaneswar, is a unique gorge ecosystem in the eastern part of Kandhamal district of Odisha. It is named after the rocks on a hill that narrow towards the top, Manda meaning rock and Saru meaning a narrow progression.

While the lower riparian and moist valleys have semi-evergreen forests, moist deciduous forests cover the slopes of the gorge and dry deciduous forests the top plateaus. Frequent weather changes and the surroundings make Mandasaru a cousin of the Silent Valley of the Western Ghats.

Covering an area of 5.28 sq km, the 22-meter deep gorge houses 1,563 recorded varieties of plants, animals and fungi species. “Mandasaru is rich in biodiversity with two species of otters, about 40 orchids, 150 medicinal plant species, a number of wild food plants and tubers, nearly 125 mushroom species of which 20 are edible,” Prasad Kumar Dash, scientist at Odisha Biodiversity Board, told VillageSquare.in.

According to Mandasaru – The Biological Paradise of Eastern Ghats of India, a report published by divisional forest office, Phulbani (Kandhamal) in 2017, the gorge harbors terrestrial, aquatic, arboreal, and cave-dwelling fauna comprising 30 species of mammals, 150 species of birds, 148 butterfly species and more than 100 other species of different categories.

Even though the indigenous and other forest-dwelling communities living around the gorge were not aware of the global studies and growing concern about the importance of biodiversity and the need for its conservation, forest protection was a part of their culture.

According to Mukti Prasad Mallick, forests mean the world to indigenous and forest-dwelling communities. “We worship the forest, the Gdang Kutti (as the gorge is called by the local communities). We never cut a live tree,” Antony Nayak of Mandasaru told VillageSquare.in.

The report on Mandasaru cited earlier mentions that ‘their belief about anyone cutting trees from the gorge will die from a curse of the local goddess has aided their initiative (for the protection of the forest). “During some festivals, the local communities still pay homage to certain medicinal plants like pathara girdini (Drynaria quercifolia),” said Mukti Prasad Mallick.

While the tribes never harmed the forest and its biodiversity, timber theft and over exploitation of the flora and fauna by outsiders for medicinal as well as commercial purposes has denuded the biodiversity-rich forest and gorge ecosystem.

“Summers have got warmer. Water streams in the gorge are no longer perennial. The wells are drying out,” Pradhan told VillageSquare.in. “As water table has gone down, we don’t get water from the tube well that is connected to a solar-powered pump.”

When experts who visited Mandasaru gorge to study its biodiversity had discussions with the local communities, the villagers learnt that degradation of the forest and gorge ecosystem were the result of overexploitation of plant resources.

Since the forest comes under two gram panchayats – Gumamaha and Sugadabadi – two biodiversity management committees (BMCs) have been formed in the last two years with seven members in each, in compliance with the Biological Diversity Act (BD Act) 2002.

“The members include local panchayati raj institution leader, a forester and community representatives with knowledge of plants and animals. “It’s mandatory according to the Act that 50% of the members is women,” said Amit Kumar Mallick, president of Sugadabadi BMC.

Initially, the BMC had four women, as the forester then was a woman. With a new male forester in place, there are three women members at present.

“After the BMC members were trained on their duties and responsibilities as specified in the Act, they are now organizing awareness programs at community level,” Panchanan Mishra of PAHAD, a local non-profit organization facilitating conservation and overseeing implementation of BD Act told VillageSquare.in.

At present, community conservation is limited to prevention of felling of trees. “The implementation of the Act is still in its initial stage. We are yet to restrict outsider entry into the forest and collect a levy from the resource collectors,” said Amit Kumar Mallick. “In fact, since two BMCs are involved, the area needs to be properly demarcated to avoid conflict between the two.”

According to him, the important provision of fair and equitable benefit sharing cannot be achieved unless the BMC and communities have complete control over the forest and its biological resources. “Unless the community is benefitted from the management of resources, it’s difficult to achieve the very objective of the Act,” he said.

“When we learnt that forest degradation was the reason for the water problems, we strengthened our forest protection activities. We don’t allow anyone to cut trees in our forest,” Purna Nayak, the local guide at Mandasaru ecotourism center told VillageSquare.in. “However the forest is open for local people who depend on it for their livelihood.”

Biodiversity conservation in Mandasaru aligns with Sustainable development goals (SDGs) set by the United Nations for 2030 that urge to protect, restore and promote sustainable use of terrestrial ecosystems, sustainably manage forests, combat desertification, and halt and reverse land degradation and halt biodiversity loss.

However, there is some confusion in the community about dependency on the forest for livelihood and involvement in biodiversity conservation and management. “There needs to be more awareness drives and public engagement,” Ajit Kumar Pradhan, forester at Raikia range office, and member secretary of the BMCs, told VillageSquare.in.

A total population of 3,510 people in 13 villages of Sugadabadi and Gumamaha gram panchayats depend on the Mandasaru gorge and surrounding forests. “With water scarcity and soil quality degradation, evident from decreasing ginger production in the region for which the district was once famous, already felt by the communities, implementation of the BD Act in its true spirit is essential,” said Amit Kumar Mallick.

Basudev Mahapatra is a journalist based in Bhubaneshwar. Views are personal.