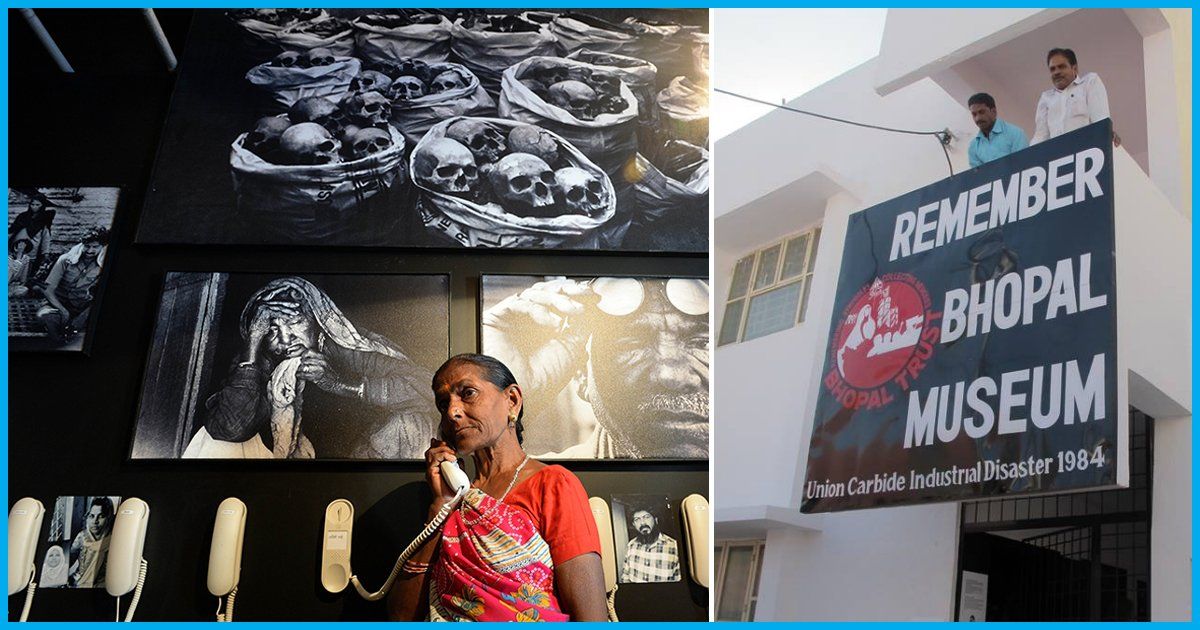 3 December 1984 – this date might no longer bear any significance to many of us. But there are still thousands in the country for whom this date brings back memories of the night when they lost their loved ones, while thousand of others were maimed for life.

The fateful night was witness to the horrific Bhopal Gas Tragedy when a poisonous gas leak from the Union Carbide pesticide factory (now Dow Chemicals) sealed the fate of thousands.

The ‘Remember Bhopal Museum’ is first of its kind people’s museum that commemorates the Bhopal Gas Tragedy in an attempt to not forget the victims and their strife for justice. The museum is located on the same Berasia road where once stood the Union Carbide factory.

The Museum tells the story of the disaster and its aftermath. This initiative is taken by the survivors, whose objects of deep personal attachments are exhibits in the museum. They trigger the emotions of the viewers and give them a sense of what had happened on that night, what followed and the current situation.

However, the sad state of affairs is that this museum is facing dire financial crunch and is unable to pay the salaries of their staff who are none other than the survivors of the tragic night.

What is the museum all about?

The museum does not accept corporate funding or funds from the government. The only source of funding is well-meaning individuals and friendly organisations.

At least 50 original audio recordings of gas survivors, doctors on duty on a fateful night, the forensic expert who conducted mass autopsies and those who survived the tragedy are cut into 3-minute audio loops and can be heard by picking up.

The museum also makes another important statement of conservation without chemicals. Care has been taken to minimise the use of toxic chemicals.

Remember Bhopal Museum was formed as a manifestation of the 2004 initiative Yaad-e-Hadsa started by the survivors. They had contributed items such as frocks, walking sticks, sewing machines and pencil boxes that belonged to those who had died. Many of these were the survivors’ last physical connections to their lost ones. Displayed on a large table, these objects were placed along with photographs of those to whom these articles belonged.

An activist and an assistant professor at Tata Institute of Social Sciences, Rama Lakshmi and Shalini Sharma, thought it would be best to have the survivors talk directly about their experiences. They felt the need to capture the oral histories of the survivors which would otherwise have been lost in the vicissitudes of time and did so on the 25th anniversary of Bhopal Gas Tragedy.

The museum is divided into three sections. The first room depicts the story of the night with the help of photographs – the three walls have the photos of the heart-wrenching pictures of the horrific night, and the ceiling has a collage of the photos of all those who died. The other two rooms depict how the people dealt with the tragedy.

This one of its kind museums is an attempt to keep the memories of the night of 3 December in our minds. We might have the privilege to forget the incident, but this museum is here to make us all remember the injustice that the government and Dow Chemicals want us to forget. Amidst various attempts to obliterate the Bhopal Gas Tragedy, Remember Bhopal is making a laudable effort – The Logical Indian community salutes the work that has been carried out by them.