ATMs have come under immense scrutiny in the period following demonetization last year. Data with the RBI reveals that the number of ATMs in rural centres as of June 2017 is less than what it was in September 2016.

ATMs have come under immense scrutiny post demonetization in November 2016. Data from the RBI indicates that the number of ATMs in rural areas has decreased starting September 2016 for two continuous quarters, the first such occasion since June 2014. The total number of ATMs in the country has increased by more than 33% between June 2014 and June 2017.

The RBI classifies regions in the country into four categories based on the population. The various places in which bank branches & ATMs are located are classified into the following

The above classification is followed both for the categorization of location of the bank branch as well as ATM.

Number of ATMs down in both Urban & Rural Centres 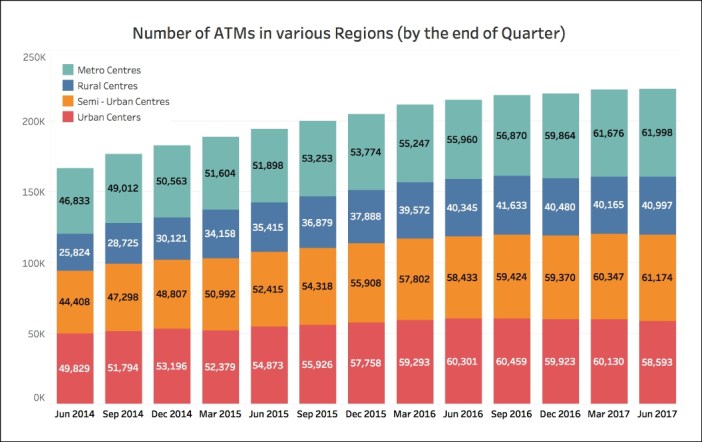