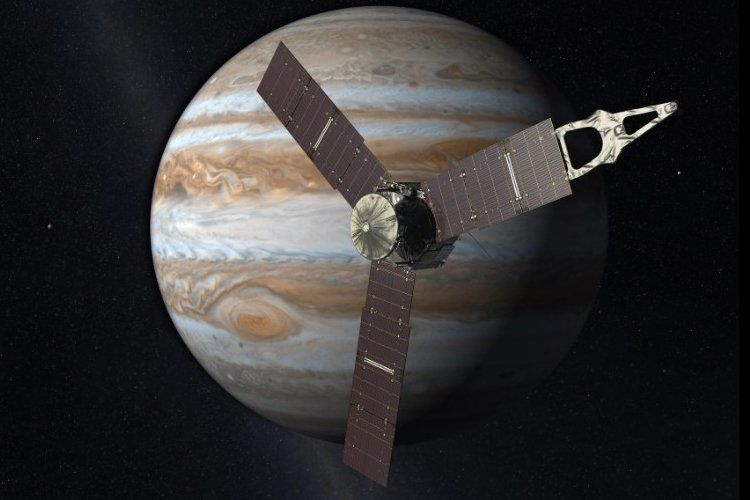 All You Need To Know About JUNO, The Satellite Which Is Orbiting Jupiter

Tuesday marked a huge success of NASA – a $1.1 billion spacecraft Juno started orbiting around Jupiter on a mission to probe the origin of the solar system. NASA’s Jet Propulsion Laboratory in Pasadena, California has been controlling the mission which was launched five years ago from Cape Canaveral, Florida. Juno has travelled 2.7 billion kilometres since then with a speed of over 2,09,200 kilometres per hour till the time it fired its engine to be captured into Jupiter’s orbit.

Scientists are trying to make a breakthrough into how the planets in this solar system formed. For that they need to find more about the water quantity available at Jupiter, which is the largest planet in the solar system. Juno, named after Roman goddess — wife of Jupiter — is the first mission designed to explore beneath Jupiter’s clouds. It will try to orbit Jupiter from pole to pole, sampling its charged particles and magnetic fields for the first time and revealing more about the auroras in ultraviolet light that can be seen around the planet’s polar regions. However, it is not the first spacecraft to orbit Jupiter. In 1989, NASA launched another spacecraft called Galileo. Juno is expected to go closer than its predecessor Galileo.