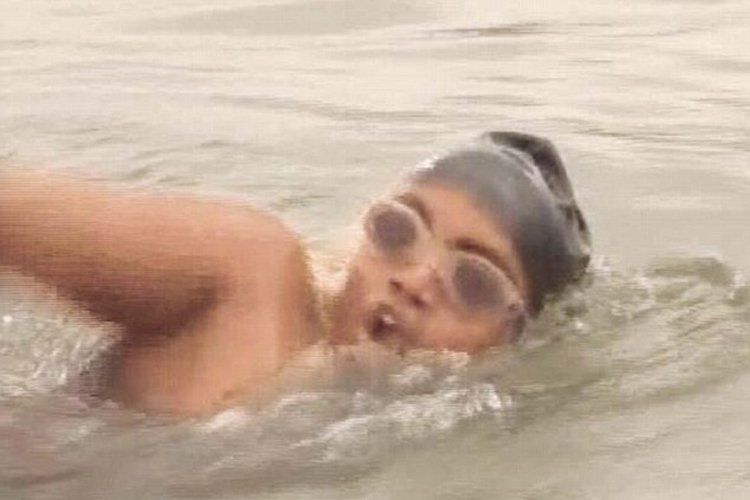 14-Yr-Old Swims Three Kilometres To School Every Day, To Send A Message To Kerala Govt.

No bridge? No biggie! Fourteen-year-old Arjun Santhosh goes to school like any other student his age; except instead of waiting for a boat like the rest of his fellow classmates, Arjun plunges into the Vembanaad waters and swims three kilometers to school. While waiting for a boat is an issue by itself, Arjun’s bold actions are meant to send a message as a protest, in demand for a bridge for his village, Perumbalam, an island in Kerala’s Alappuzha district.

Arjun believes that his actions are a necessity, saying that “boats are usually too late and I get punished for being late. Some boats are very small. And there are too many people. It is a cause of worry.”

Perumbalam only has six boats, but the village holds more than ten thousand people. The villagers have been advocating for a bridge to be built for over 25 years. “Transportation is a major problem. Last year close to 50 people died here due to medical injuries…like snake bites, for example. It takes one-and-a-half hours to reach the mainland,” quotes Abilash, another Perumbalam resident.

Arjun’s protest took 10 days in order for the authorities to address the dire need for a bridge, but once again, no further assurance has been guaranteed. Instead of taking on the responsibility of building a stable bridge, the authorities decided to send Arjun a note in order to stop his protesting. “”He is a minor and it is dangerous to swim. If something tragic happens we would be held responsible for not stopping him. Hence, we decided to send him a notice,” said R Girija, collector, Alappuzha to India Today.

For the time being, Arjun has agreed to stop his protesting. He hopes that the authorities will realize the importance of a bridge in Perumbalam and will construct one as soon as possible. But if they fail, he warns them that he will continue his protest until a proper bridge is constructed.

The Logical Indian commemorates Arjun on his bold actions and urges the Alappuzha authorities to construct the necessary bridge for the people of Perumbalam. We urge Kerala govt. to build the bridge as soon as possible, 25 year of wait is a really long period.