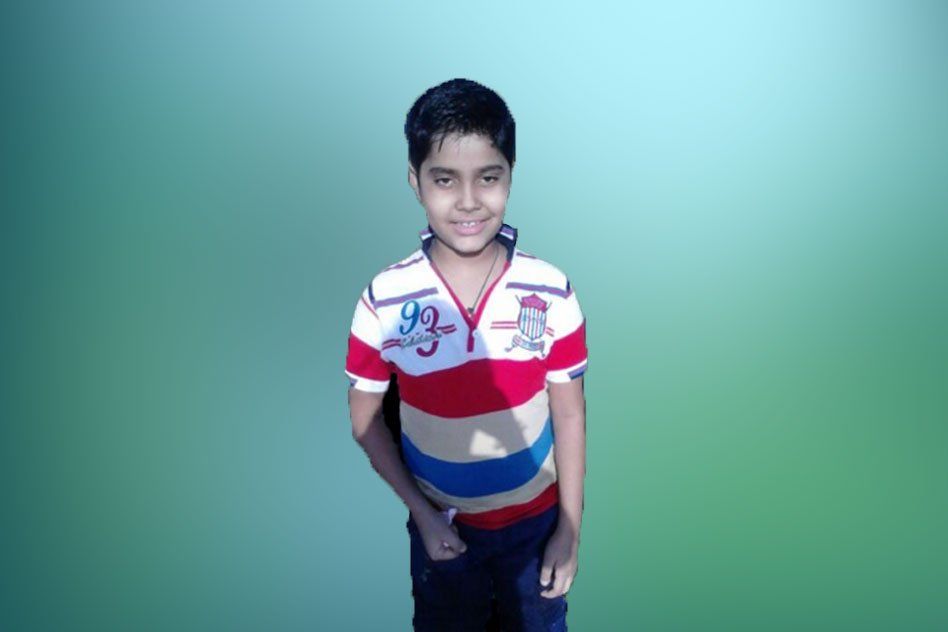 This 11-Yr-Old Boy Is Suffering From A Rare Blood Cancer. He Has Just One Hope Of Survival

It’s been over a year-and-a-half since Aniketh dropped out of school. Instead of running around the playground with children his age, Aniketh finds himself on a hospital bed every week, requiring blood transfusions.

What his parents didn’t imagine in December 2014 was that their whole world would come to a grinding halt. At age nine, Aniketh was diagnosed with myelodysplastic syndrome – a rare blood cancer.

Hailing from Alipurduar in North Bengal, Aniketh’s father Arjun Kumar Mahato says his son’s illness began with a fever and cough. Even after days of medication, Aniketh was not getting better. “The fever was there for more than two weeks and we took him to Cooch Behar Government Hospital in the nearby district. It was there the doctors told us for the first time that our son has cancer,” says the father.

Myelodysplastic syndrome or MDS is a kind of cancer in which the blood marrow doesn’t produce enough healthy blood cells. As a result, an MDS patient does not have enough healthy red blood cells, white blood cells and platelets, leaving him/her exposed to infection, anaemia, and prone to easy bleeding.

Leaving everything behind, Aniketh and his family packed their bags to Chennai when doctors in Cooch Behar told them there was little they could do for him. Since March 2015, Aniketh has been undergoing treatment at the Apollo Hospital in Chennai.

His father says, “He was a good student and was a friendly, jolly and sociable child. But now due to the ongoing treatment he has grown impatient and gets irritated easily.” Staying at a rented apartment close to the hospital, Arjun says, “He can’t go to play as he gets tired very easily and if he gets a scratch or a wound, that part of the skin gets blackish.”

Aniketh’s doctors say that his only hope for survival is a bone marrow transplant. Despite scouring a database of 20 million donors, doctors were unable to find a good match for Aniketh. Although his father is a “half match”, doctors believe the 50% success rate could still give Aniketh the chance for a new life.

His doctors estimate that the transplant, together with treatment costs, will amount to Rs 20 lakhs, a sum that is far out of reach for Aniketh’s parents. His father, Arjun, who was working at Rose Valley Private Ltd in Alipurduar, lost his job in 2009 when the company closed operations. His mother, Sujita is a homemaker.

Since Aniketh was diagnosed with MDS, the family sold whatever land they owned for Rs 12 lakh. Fast running out of time and money, doctors helped raise $10,000 from First Hand Foundation, a non-profit organisation. While Aniketh’s doctors have promised to waive off their fees for the bone marrow transplant, the hospital will give a bed at a discounted rate.

But this is still not enough to cover all of Aniketh’s treatment expenses. Rs 20 lakh would include the bone marrow transplant, a week of chemo and radio therapy, and four weeks in hospital besides medication for months. Doctors say they can call the transplant a success only six months after the procedure.

Aniketh, his parents and his doctors are now looking for generous donors who can help save his life.