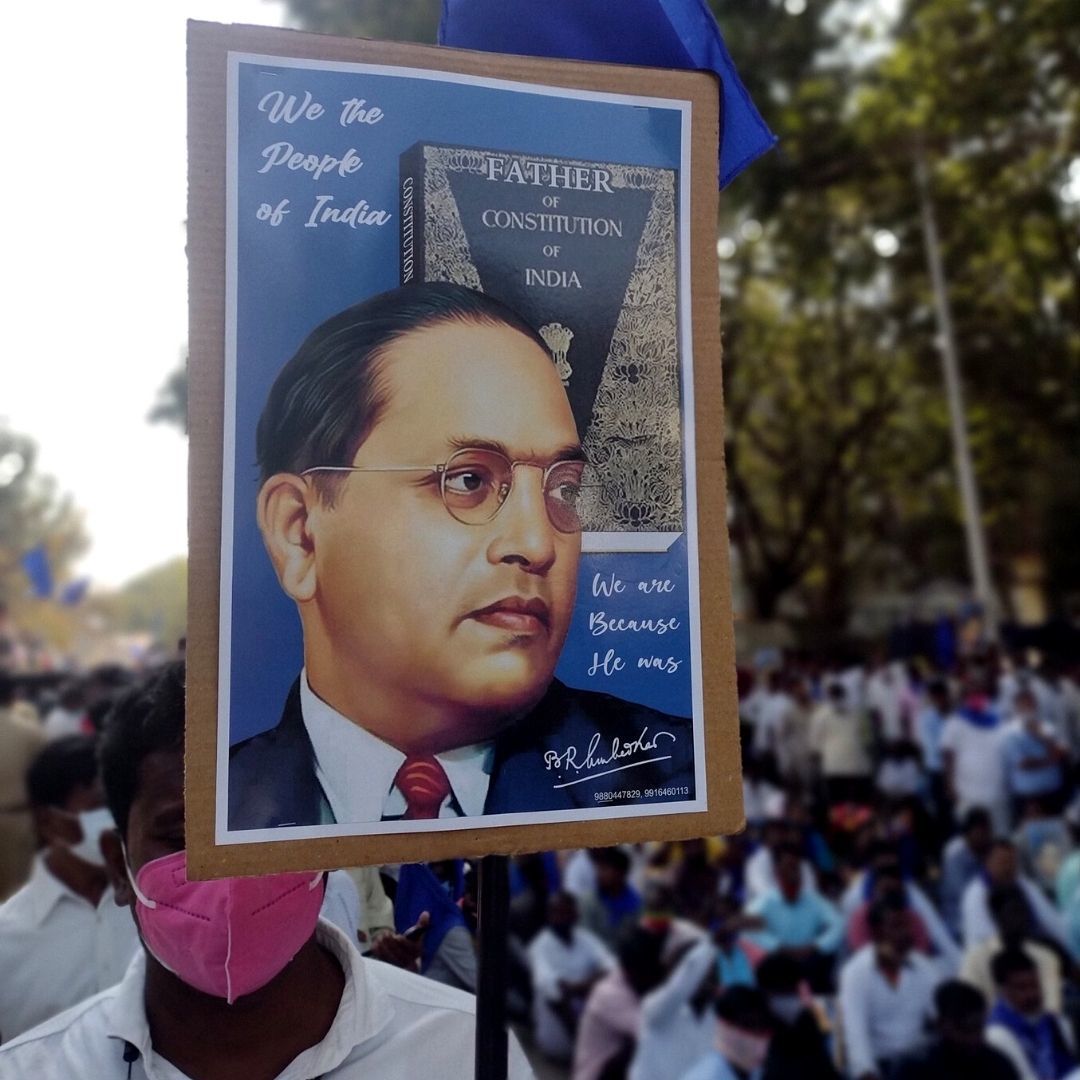 The photo removal incident resulted in massive outrage across the state, especially Ambedkar followers, who marched towards the high court and Vidhana Soudha, demanding the judge's suspension.

The state of Karnataka turned blue on Saturday, February 19, with tens of thousands of people taking to the street in protest against the removal of BR Ambedkar's photo by a sessions court judge. Chief Minister Basavaraj Bommai, on Sunday, assured the protesters of initiating action against sessions judge Justice Mallikarjuna Gowda.

On January 26, during a Republic Day celebration in Raichur, Ambedkar's portrait placed next to that of Mahatma Gandhi on a stage was allegedly removed on Gowda's direction by his subordinates, before unfurling the tricolour.

This resulted in a massive outrage across the state, especially among Ambedkar followers, who marched towards the High Court and Vidhana Soudha, demanding Gowda's suspension. According to the Hindustan Times report, the protest was carried out under Samvidhana Samrakshana Maha Okkuta's (SSMO) leadership and had hundreds of activists and members of Dalit Sangharsh Samiti (DSS).

This is not a political rally in Bangalore, this is a rally of common people. It's a Protest against the Raichur Judge for removing Dr Ambedkar photo during Celebration of Republic Day in Court Premises.

Responding to the incident, the State President of Bahujan Samaj Party (BSP), M Krishnamurthy, said that people attained designations and won elections in Ambedkar's name but disrespected him openly. He quoted various incidents from the past where the leader was insulted.

DSS leader Mavalli Shankar said that Gowda had a caste-based mindset despite being a 'justice'. He demanded his suspension and warned of intensifying the protest if the authorities did not address the concern.

Responding to the widespread criticism, Gowda outrightly denied the claims of removing the image. He asserted that he did not mean to disrespect Ambedkar, and it was instead false propaganda being run against him by some people.

Gowda said that a group of advocates had approached him, demanding to place Ambedkar's portrait next to Mahatma Gandhi's as per government guidelines. But the order was before the full bench, and the final decision was yet to be made. Gowda had tried to explain the lawyers and requested them not to force him.

The incident was brought to Bommai's attention, who assured stringent action against the act. Bommai discussed the incident in length with the leaders of the Dalit community.

"The insult that is meted out to Dr Ambedkar is condemnable, and under no circumstances should any act that insults the creator of our Constitution be tolerated. We are at the forefront of upholding the prestige and honour of Dr Ambedkar, and we will provide justice as per Constitution," HT quoted Bommai as saying.