Student Leader Set Himself On Fire For Akhilesh Yadav: Why Such Hero Worshiping Is Bad For The Country 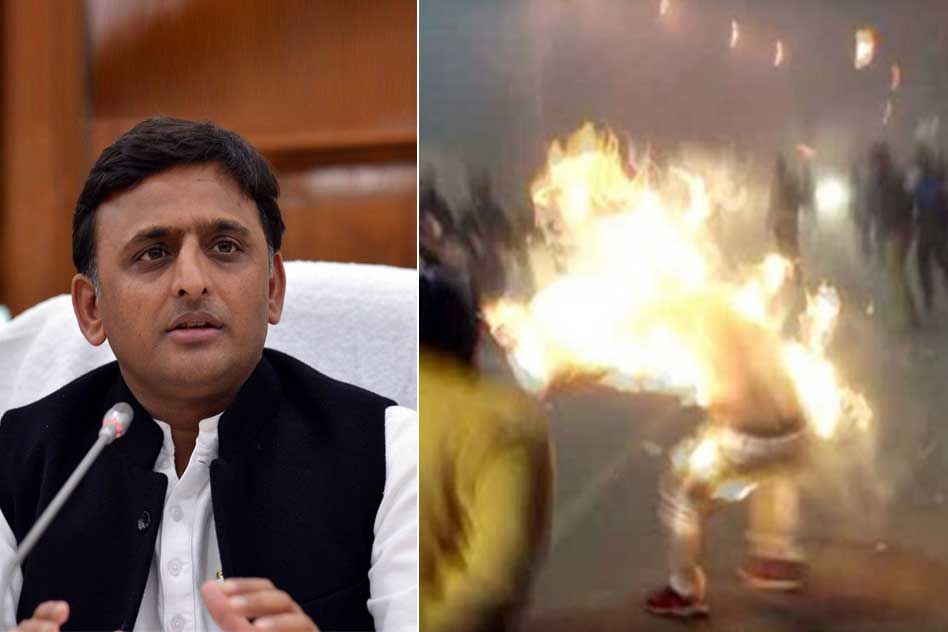 There is no doubt that politicians in India have large following. They are not just supported but are also revered and worshipped. Temples are built in their name, supporters bow down before them like disciples, massive statues are erected in their honour, public facilities are named (and renamed) for them – all the while an elitist VIP culture thrives.

A few days ago, following the political crises in Uttar Pradesh which saw Chief Minister Akhilesh Yadav being temporarily expelled from his party, a supporter of the CM attempted self-immolation. The student leader set himself on fire and was later rushed to a hospital. He survived but has 60% burn injuries.

Tamil Nadu’s ruling party AIADMK alleged recently that as many as 280 people have died from “shock” after the death of party supremo Jayalalithaa Jayaram. The former Chief Minister is known for the following she built around herself, with numerous instances of her being worshipped by her supporters in public view.

There are also the many temples built for politicians. In 2015, a temple dedicated to Prime Minister Narendra Modi was built in Rajkot. Similar temples have been built in the names of INC President Sonia Gandhi, former TN CM Maruthur Gopalan Ramachandran, and former UP CM Mayawati.

The consequences of this hero worship are all-consuming, all negative, and all unwanted.

Hero worship breeds polarisation of the masses. By aligning unquestionably to one politician – or political party – we narrow our worldview, strengthen our echo chambers, and see politics and patriotism as a question of “us vs. them”. A polarised electorate is one that is ripe for political vendetta and vote bank politics.

Hero worshipping entertainers and sports personalities are one thing; hero worshipping politicians is a whole other ball game. It is indispensable for us to analyse our leaders critically or else an atmosphere of disunity will be established. As Aldous Huxley once wrote, “So long as men worship Caesars and Napoleons, Caesars and Napoleons will duly rise and make them miserable.”

Politicians should be subject to legitimate criticism and wary applause – not put on a pedestal or prayed to in temples. Hero worship blinds the electorate and fosters a sense of entitlement among the political class. Only by judging all politicians and parties from the same benchmark and the same logic can we build the conditions for a healthy and constructive democracy.