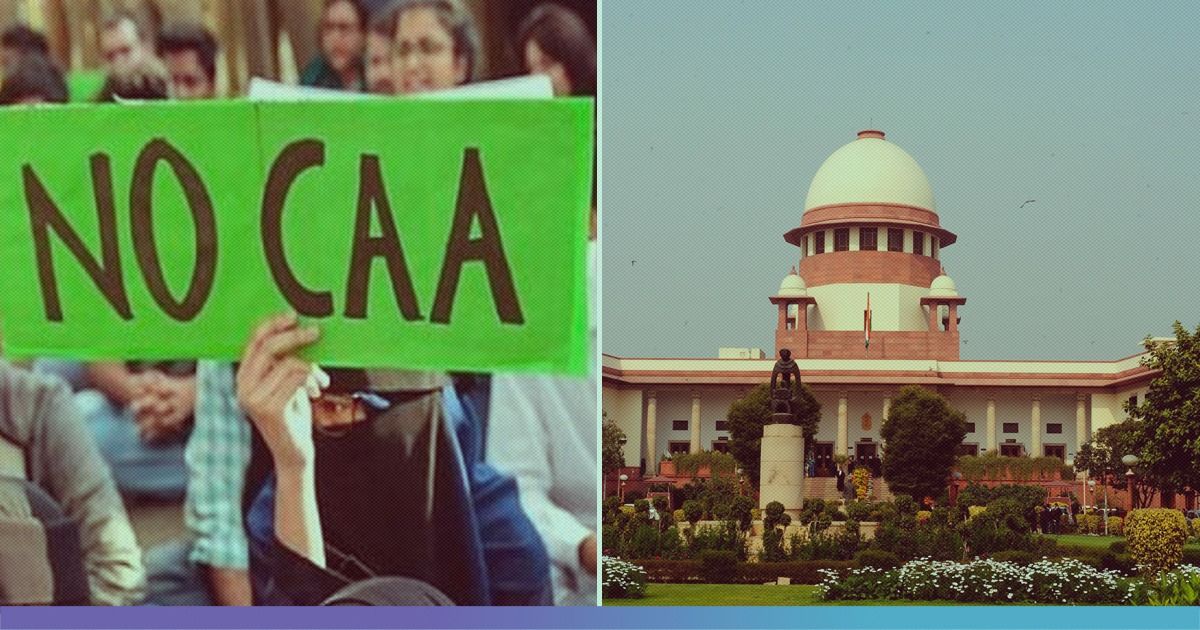 On Wednesday 8 January, the Central Government appealed to the Supreme Court for the transfer of all pending petitions challenging the Citizenship Amendment Act (CAA) from the High Courts to the apex court.

Appearing for the Centre, Solicitor General Tushar Mehta told the Supreme Court that the High Courts might give contrasting orders and have conflicting views which will create confusion, reported The Indian Expres.

The bench comprising of Chief Justice of India S.A. Bobde and Justices B.R. Gavai and Surya Kant agreed to hear the transfer plea on Friday, January 10. The bench commented that it is of the prima facie view that high courts should hear petitions challenging CAA and in case there is a conflict then they may look into it.

The Supreme Court had decided to hear pleas against the CAA and examine its constitutional validity on December 18, 2019. However, it refused to stay its operation. The court will next hear a fixed batch of 59 petitions on January 22, including those filed by the Indian Union Muslim League (IUML) and Congress leader Jairam Ramesh.

The Supreme Court has issued a notice and orally instructed Attorney General KK Venugopal to ask the government to spread awareness about the provisions of the Act among the public through media to remove any confusion over it.