Expert Opinion | Why Sealing The Border Cannot Be Achieved In The Real World?

SK Sood, Retired Additional Director General of BSF, writes on why "sealing the border" is more of a euphemism and it cannot be achieved in the real world. 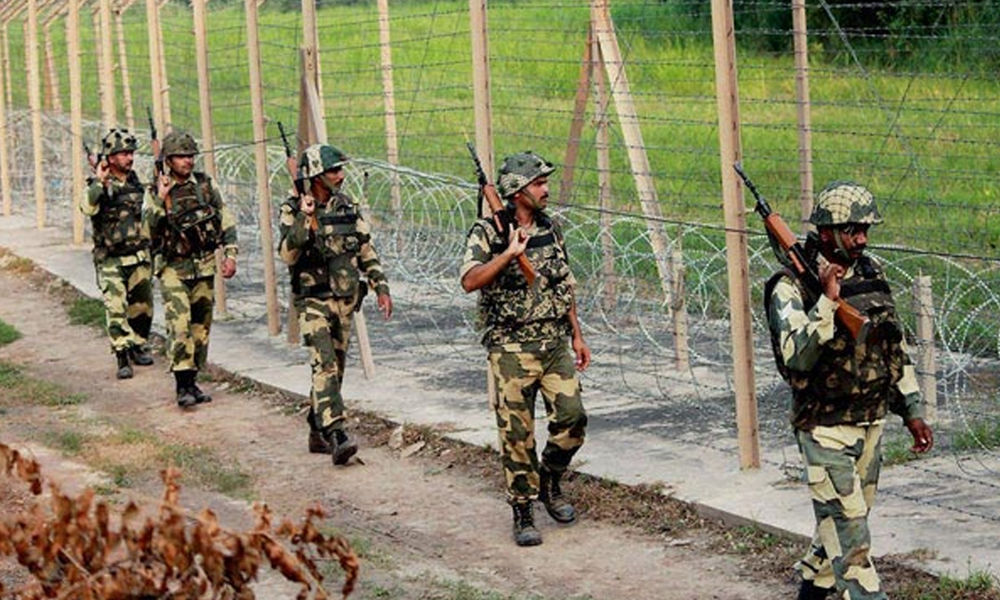 As a border man I often find it difficult to explain to civilians when they ask why India's borders with neighbours cannot be sealed. Why trans-border crime like drug smuggling, smuggling of weapons, crossing of militants and illegal migrants cannot be stopped even though Border Security Force is deployed in heavy numbers to guard the borders.

They often accuse BSF of connivance as well as laxity in carrying out their duties. While chances of some people being compromised and involved in such illegal acts cannot be entirely denied, with my experience and intimate knowledge of the organisation, I can say this with certainty that BSF is by and large an honest organisation. It is however, extremely difficult to convince people that "sealing the border" is more of a euphemism and it cannot be achieved in the real world.

Such rhetorical questions often remind me of my rookie days when deployed at Acchad on line of Control in J&K. I had put in just about six months of service in the unit which had a compact deployment on the Mendhar Ridge. I was Company Commander of the Company deployed on left flank of my unit. The unit being deployed under Army control was asked to conduct a sand model exercise to discuss the war time scenario. I briefed about my deployment and measures that I as Company Commander would take in case of threat developing in my area of responsibility. During the course of briefing, I used words to effect "I will seal the gap between my Forward Defended Localities (FDLs) and neighbouring Companies". The comment invited a query from the Brigade Commander who was present through the discussion, as to how I intended to seal the gaps? Utilising all the six months of experience I tried to explain that it will be achieved by deploying patrols and ambushes and by mining the area. The response invited a follow up question about the availability of manpower in my company and how will they manage to seal the gap for 24 hours, and how did I plan to ensure adequate rest and relief for them. Not the one to give up easily, I continued responding to best of my ability and whatever knowledge I had acquired in those six months of experience. However, finally the realisation dawned that sealing of the gap was more of a boast than a practical proposition.

Therefore, without in any manner sounding apologetic, I would like to state that the common perception amongst civilians that borders can be sealed is based on misconception that the borders are manned in a manner that each inch is under domination. They have to realise that border is not an airtight entity. Zero error therefore is not a possibility in the dynamic environment prevailing along the borders of India.

The trans-border criminals who have high stakes involved in carrying out the crime, resort to innovative methods to hoodwink the border-man. For example, the smugglers who are trying to smuggle few Kgs of costly drugs will take all precautions to ensure that they are not intercepted. If intercepted, they do not hesitate to open fire and kill because of the high cost of their consignment. Similarly, on the border with Bangladesh, the cattle smugglers attack the small detachments of BSF with impunity with sharp edged weapons or even fire arms when intercepted.

The trans-border criminals have found ways of defeating the fence obstacle by using several methods like conceal and clear, digging tunnels and exploiting the riverine gaps in the fence. The latest method that the militants and their masters are resorting to is use of drone to supply weapons and other logistic support to militants in India. One such drone with a large consignment of weapons was shot down by troops of BOP Pansar in Hiranagar of Jammu Sector on 20th June. In another case detected in early morning of 20th July 2020 in Gurdaspur sector 60 the smugglers tried to make use of the current of river Ravi to smuggle heroin tied to a rope. The alert troops were able to detect and seize 60 Kgs of the banned drug.

The BSF does its job with utmost sincerity and dedication in spite of severe constraints of man power, vagaries of weather, shortage of surveillance devices and restrictions on use of fire arms on the Eastern borders. Keeping entire length of almost 7000 Km of India's border with Pakistan and Bangladesh passing through different terrain and weather conditions, under physical observation throughout the day and night is a herculean task, even though man power effort has been augmented by an obstacle in shape of fencing.

People must also realise that even very advanced countries with best of technologies available for detection and interception of suspected trans-border criminals and illegal migrants are unable to control crime. Even on USA Mexico border the illegal migrants regularly manage to breach the obstacles constructed at selected vulnerable places. Zero crossings may not be ensured even by the continuous wall planned by Trump along these borders.

Compared to USA and other countries we are far behind in terms of use of technology for border guarding. The manpower intensive methodology coupled with intelligence inputs are able to control the crime to a great extent. With better surveillance equipment and mobility being made available to troops, the border guarding is likely to improve further. However, expecting borders to be sealed completely is utopian.

Also Read: Strategising Attacks: How Feasible Is Leading From Front In Anti-Militancy Operations?