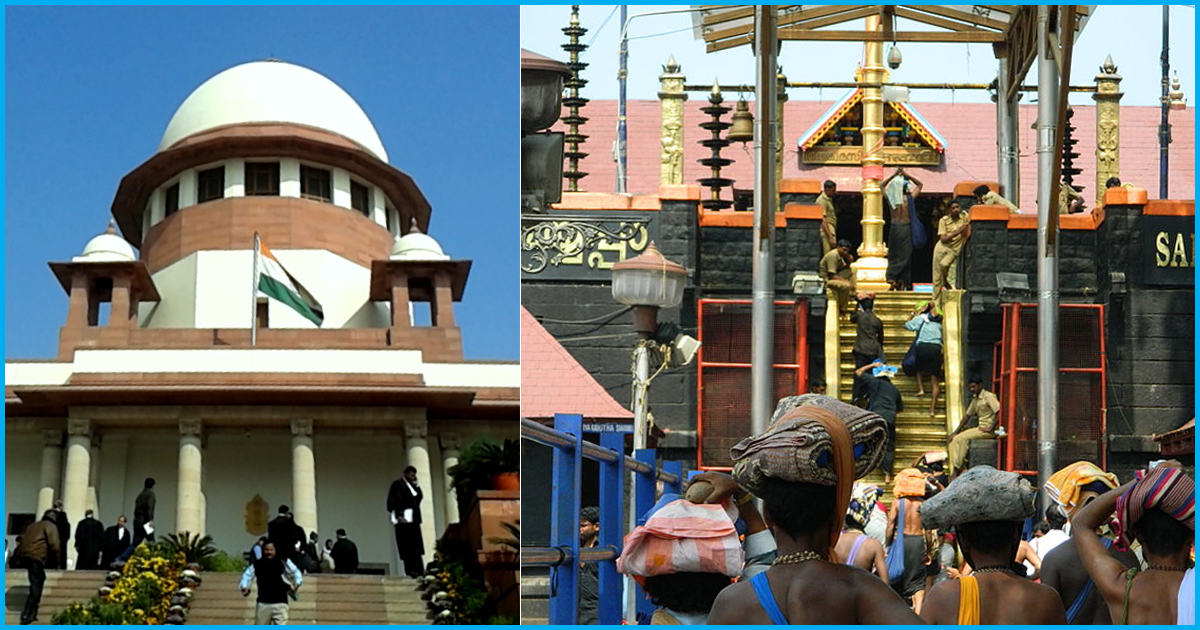 Over four months after the Supreme Court first lifted the ban on menstruating women from entering the Sabarimala temple, the apex court today heard review petitions which challenged its earlier verdict. However, after the hearing, a five-judge constitution bench of the apex court headed by Chief Justice Ranjan Gogoi reserved the verdict. Reportedly, the court had received 65 petitions including 56 review petitions and 4 fresh writ petitions.

Arguments at the Supreme Court

A number of petitioners including the Nair Service Society (NSS) and the Thantri of the shrine have put forth their arguments and also sought a reconsideration of the earlier verdict. However, the board controlling the Sabarimala temple told the court that it supports the entry of all women to the temple. NDTV reported that the board is governed by the Kerala government which has opposed the review of the earlier Supreme Court order.

Review petitioner Rahul Easwar, who is also president of the Ayyappa Dharma Sena said, “It’s unfortunate that the Devaswom board is cheating Sabarimala devotees by using Sabarimala money. If this doesn’t work out, we will work towards an Ordinance. From PM Modi and Shashi Tharoor, everyone supports us.”

Meanwhile, Travancore Devaswom Board president A Padmakumar said, “We are clear that no review petition is required. We just wanted more time to implement the verdict. We are of the opinion that there should not be any discrimination.” Moreover, it said that people who are protesting against the verdict should accept the SC order gracefully. The Kerala Government too opposed the review petition.

However, the petitioners argued that the Supreme Court cannot impose its decision on the people of Kerala and that the verdict has resulted in disruption of peace in the state. The state government, however, told the SC that peace and social harmony will ultimately prevail in the state.

Hitting hard on the petitioners, advocate Indira Jaising said that the next date for the temple to re-open is on February 12 and then women especially Bindu and Kanakadurga, should be allowed to enter the temple. Bindu and Kanakadurga were the first two women of menstruating age who entered the temple in January 2019 after which the temple was kept shut for “purification” and the state witnessed violent protests.

To this, Jaising said, “A case for review is not made out. Your Lordships may keep in mind the basic feature of the Indian Constitution, which is gender justice,” reported Firstpost.