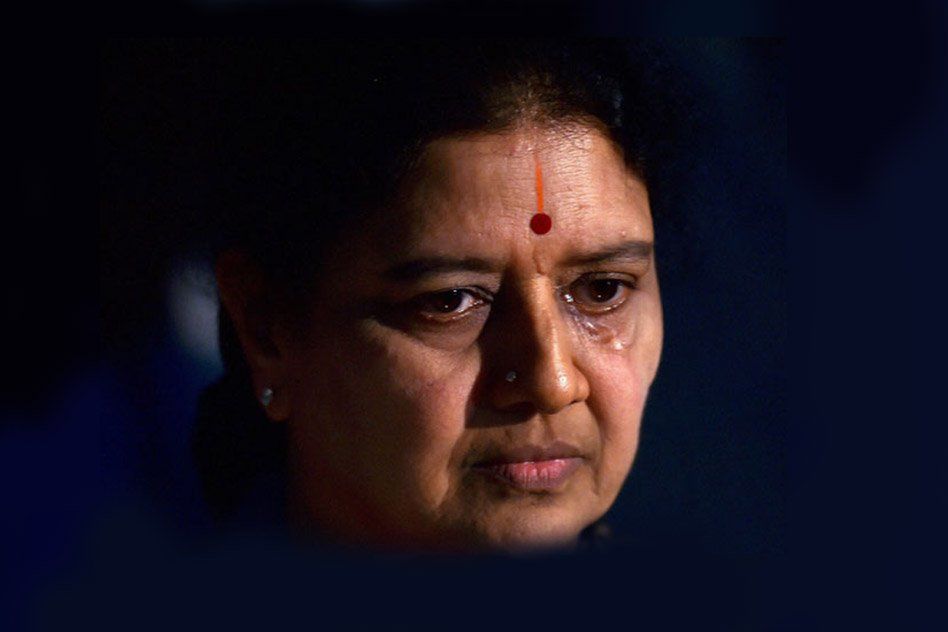 Sasikala Convicted, Taken Into Custody, To Spend 4 Years In Jail

Jayalalithaa, the late Chief Minister of Tamil Nadu, has been fighting a case wherein she was accused of amassing wealth as high as Rs 66 crore disproportionate to her known sources of income between 1991 and 1996. This was the period when she served as Chief Minister for the first term.

The case dragged on for 18 years. On 27 September 2014, a Special Court convicted all four accused – Jayalalithaa, Sasikala Natarajan, Sasikala’s niece Ilavarasi and her nephew V.N. Sudhakaran and sentenced them to four years simple imprisonment. In May 2015, the Karnataka High Court overturned the trial court’s verdict and acquitted Jayalalithaa and others of all charges. This paved the way for Jayalalithaa’s return to power as Chief Minister of Tamil Nadu on the 23rd of May, 2015.

Finally, on 14 February 2017, the Supreme Court convicted all four in the case, essentially putting an end to Sasikala’s political ambitions. Supreme Court has asked Sasikala and others to surrender immediately.

The accused in the case were:

On 27 September 2014, a Special Court convicted all four accused. The trial court had been shifted from Tamil Nadu to Karnataka over concerns of undue political intervention and interference. In September 2014, all four were sentenced to a 4-year-jail term and a fine of Rs 100 crore by a Bengaluru special court on Jayalalithaa and Rs 10 crore on other three. Jayalalithaa soon stepped down as Chief Minister.

In May 2015, the Karnataka High reversed the verdict and acquitted them all. The court had held that the charges against them were not sustainable. The High Court’s verdict cleared the decks for her return as the Chief Minister.

After hearing the arguments till June, the Supreme Court reversed the High Court’s decision. Now, with the recent political drama in the state, Sasikala’s CM dreams have been dashed. She cannot fight election for next 10 years because of 4 years of imprisonment and her membership from Tamil Nadu Assembly is disqualified for a further six years.

The case has been intertwined with the politics of Tamil Nadu, particularly the clout surrounding Jayalalitha.

Minutes after the SC verdict, at least 22 pro-Sasikala MLAs jumped camp to support Panneerselvam. O. Panneerselvam now seems slated to be most probable to become the next Chief Minister of Tamil Nadu. However, some news reports have suggested that Sasikala can appeal to a higher bench; the future course remains unpredictable.