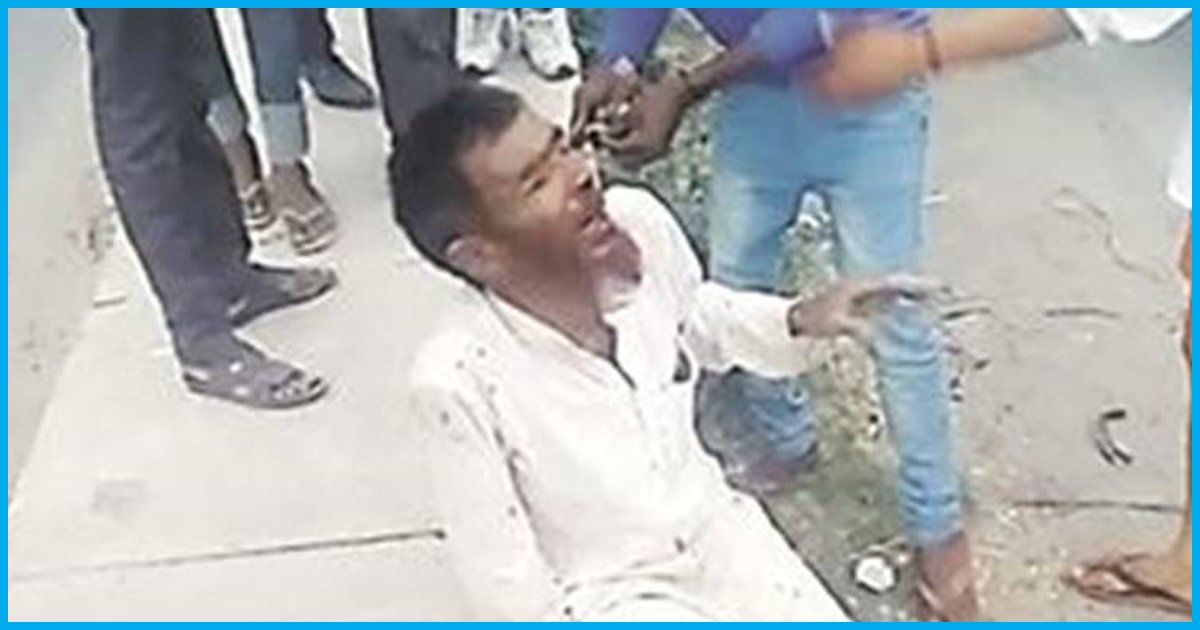 5 Months After Pehlu Khan Was Murdered By Gau Rakshaks, Clean Chit Given To 6 Accused

Six months after the brutal and tragic murder of Pehlu Khan, a dairy farmer from Haryana, by cow vigilantes in Rajasthan, the names of six persons mentioned by Khan have been removed from the First Information Report (FIR) by the Rajasthan police.

According to the police, there has been no corroborative evidence found to prove that these men were part of the group that attacked Khan and his accomplices.

According to The Hindu, the CID-CB came to this conclusion on the basis of the mobile phone call data records and the statements of employees of a gaushala situated 4 km away from the crime scene.

Police have since arrested half-a-dozen other persons on the basis of video footage of the incident, but most of them have been released on bail.

Human rights groups have criticised the move, saying it shows blatant bias on part of the authorities. The People’s Union for Civil Liberties (PUCL), which spearheaded a campaign for getting justice in the case, accused the police of trying to protect the accused.

They say that they will now approach the court to expose the illegality and complacency of the police action.

The case will continue against nine other people identified from the video of the attack that circulated on social media. Seven of them have been arrested and two are absconding.

The murder of Pehlu Khan

Khan and his five associates were transporting cows from Alwar to their hometown in Nuh, Haryana. They had taken a minivan to transport cows and were attacked by the mob near the Jaguwas crossing on the Jaipur-Delhi National Highway 8.

Though the victims had produced documents to show that they had purchased the cows as their own cattle, the attackers didn’t pay heed and thrashed them brutally, alleging they were illegally transporting cows. (Investigations into the matter revealed that Khan was a dairy farmer and not a cattle smuggler.)

The attackers reportedly allowed the driver, Arjun, to leave the scene while they kept on beating the others. Five of them had to be taken to the hospital, where Pehlu Khan breathed his last.

Making recreation of brutality, the attackers had asked Khan to run because he was old

22-year-old Azmat, who was travelling in the same pickup truck with Khan, told The Indian Express, “We were returning from a Saturday fair in Jaipur. I had bought two milch cows for Rs 75,000, and I had all the valid documents with me. We were not even trying to hide the cows, as we were taking them in a pick-up truck. At around 6 pm on Saturday, the Gau Rakshaks stopped our vehicle and asked us our names. They allowed our driver, Arjun, to leave.”

He added that the attackers took Rs 35,000 from him, saw all the documents they were carrying but then pulled them out of the vehicle and started beating up.

Making recreation of brutality, the attackers had asked Khan to run because he was old. Then they again chased him down and beat him up. The other injured along with Azmat — Irshad, Aarif, Rafiq — alleged that they had returned to Nuh soon as they didn’t get proper care at the Kailash Hospital in Behror. They allege that even Khan’s death happened somewhat due to medical negligence as all of the hospital staff were looking down at them.

The video of the brutality circulated all over social media like wildfire but the police took their time with making any arrests. However, the police registered an FIR against the victims for illegally transporting cattle for slaughter based on a complaint filed by a man named Damodar.

Strangely, the centre completely denied the incident initially. Speaking in the Rajya Sabha, Minister of State for Parliamentary Affairs Mukhtar Abbas Naqvi said that “no such incident”, as reported by media, took place in Alwar.

The incident was shockingly reminiscent of the 2015 lynching of Mohammed Akhlaq in Dadri, Uttar Pradesh, where rumours spread over WhatsApp led the cow brigade to drag 50-year-old Akhlaq out of his home and lynch him with bricks and rods until he died.