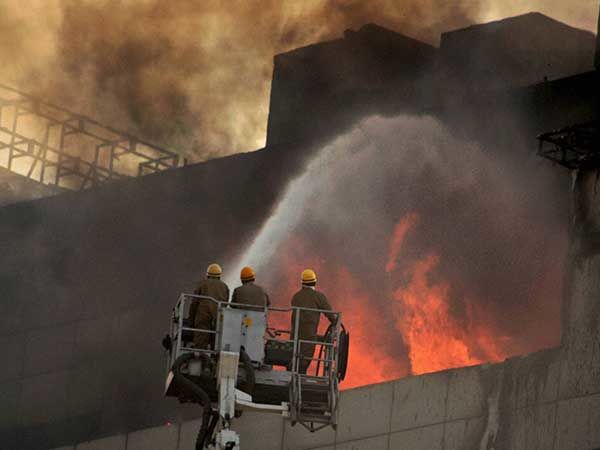 On Tuesday, a massive fire broke out in the top floors of the National Museum in Natural History located at Mandi House, Delhi. The fire caused tremendous loss of materials of historical and heritage value. The fire engulfed a large collection of taxidermic animals, birds and other items on display. Besides, it also gutted many important documents and museum furniture. The blaze erupted around 1.50 a.m. and quickly spread in the multi-storey building which housed the museum.It took 35 fire tenders to bring the situation at control finally at 6 am. Five firefighters had to be admitted into hospital being injured trying to contain the fire. The building was mostly frequented by school students and children part of eco clubs supported by the environment ministry, that runs the museum. Although, over the years the the general footfall has fallen. History of National Museum of Natural History
NMNH owes its genesis to Smt. Indira Gandhi, the former Prime Minister, the museum depicted its flora, fauna and mineral wealth to provide an out of school facility to promote environmental awareness among the masses. The NMNH opened its doors to the public on World Environment Day. From a single Museum located in New Delhi, the NMNH has extended its geographical range by establishing Regional Museums of Natural History (RMNH) in many parts of the Country such as Southern Region (Mysore), Central Region (Bhopal) and Eastern Region (Bhubaneswar). Two more Museums are being established in Western Region (Sawai Madhopur) and North-Eastern Region (Gangtok).

Brave fire fighters
It took nearly 170 firefighters four hours to douse the massive blaze at the National Museum of Natural History. The operation to quell the fire included 35 fire engines in total and two skylifts were pressed into service in the operation that lasted for over four hours. The operation hit a critical point when six firefighters were stuck on the fourth floor of the building. According to NDTV, The officials gave visual signals with their flash lights and one of them managed to make an SOS call through his wireless, following which a rescue operation was launched immediately. While two of them were rescued with the help of the skylift, the others came down using scaffoldings that was installed outside the building, part of which is undergoing repair. They were all rushed to a hospital after having inhaled excessive smoke, and discharged later by this evening.