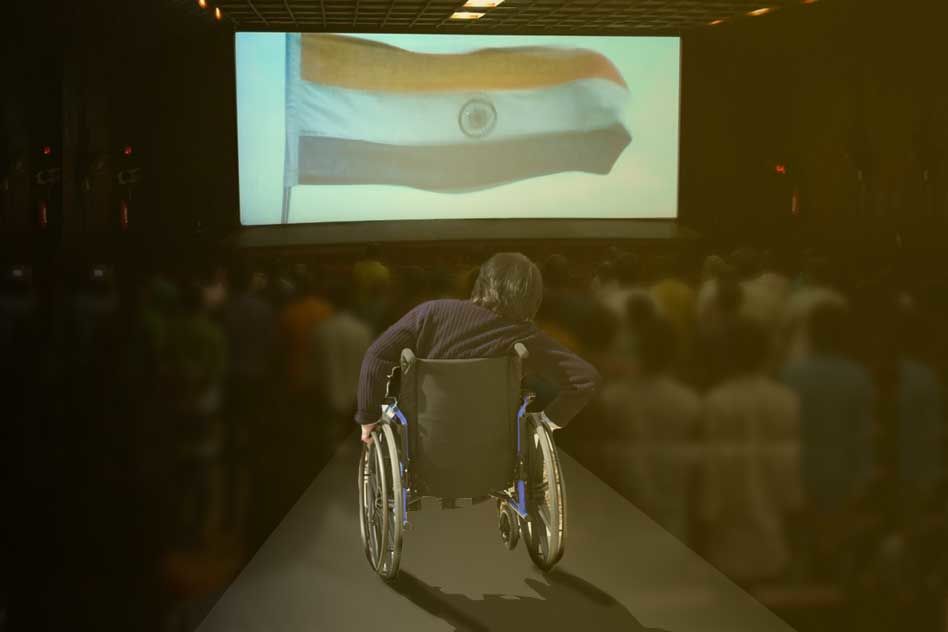 Govt. Issues Guidelines For Differently-Abled People To Follow When National Anthem Is Played In Theatres

In November, the Supreme Court (SC) ruled that the national anthem should be played before the screening of movies in theatres, and the audience should stand in respect while it was being played. This was reportedly done to “instil committed patriotism and nationalism”. At the same time, it was notified that these rules would not apply to differently-abled citizens, but the Government would soon set the rules regarding how they should show respect for the anthem.

Last week the Ministry of Home Affairs (MHA) issued guidelines on how the differently-abled can show respect to the national anthem. The MHA guidelines stated that people with disabilities should not move and position themselves “maintaining the maximum possible alertness physically”.

A few highlights of the MHA guidelines

The guidelines have raised eyebrows among activists who fear they will increase discrimination against differently-abled people. There have been many instances of mob violence because some people would not stand up for the national anthem in theatres. This jingoism could negatively affect people with disabilities, many of whom will find it physically difficult to be “non-mobile” or “alert” or “still”. The guidelines need to be re-written to ensure the safety of persons with disabilities.