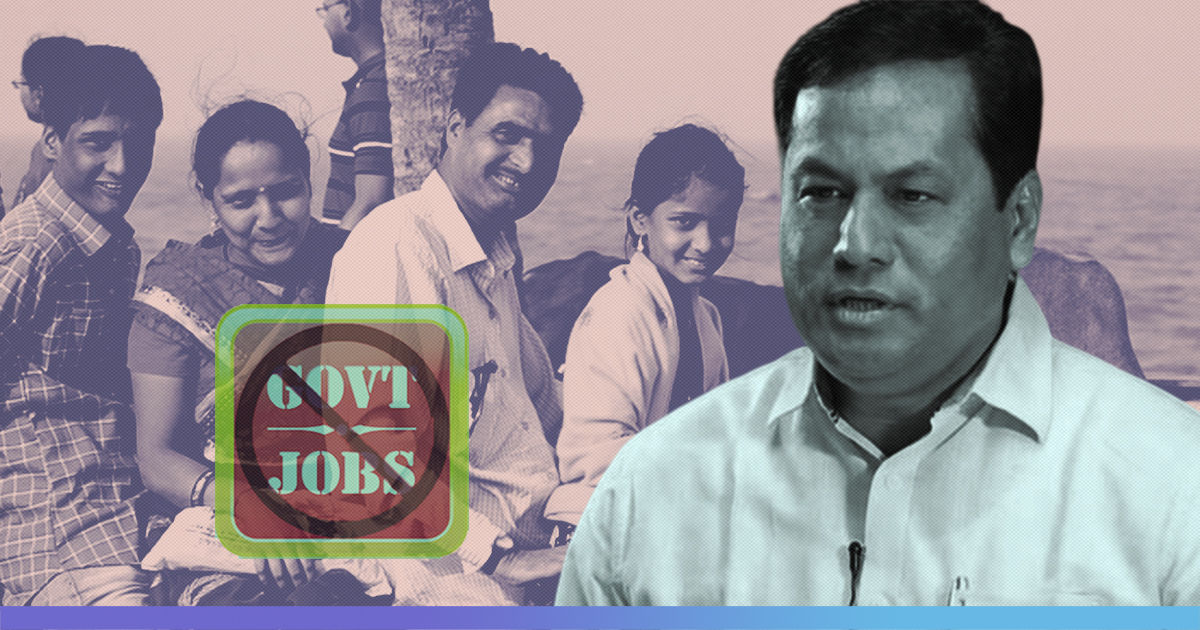 Assam: No Govt Jobs For Candidate With More Than Two Children From January 2021

The Assam Cabinet on October 21 said that candidates who have more than two children will be ineligible for government jobs after January 1, 2021.

The decision comes two years (2017) after the 126 member Assam Assembly adopted a population policy that specifies that government employees to follow the two children family norm strictly. The latest decision on the employment of government job came after a cabinet meeting held late Monday evening.

Chief Minister Sarbananda Sonowal’s public relations cell informed the media that people having more than two children will not be considered for government jobs with effect from January 1, 2021, as per the small family norm.

The move by the Assam government also comes on the heels of releasing the final NRC lists which exempted around 19 lakh people of the 3.29 crore applicants. Each person excluded from the list is given 120 days to file an appeal at any of the existing 100 Foreigners’ Tribunals

Monday’s meeting also came up with a new land policy for the state of Assam. The Sonowal led government adopted a new policy that makes landless indigenous people eligible to get three bighas of land for farming and half a bigha for constructing a house. The land given to them cannot be sold for 15 years.

As per The Hindu report Cabinet minister post, the meeting said, “Implementing the population policy was necessary, given the pressure on land and resources in Assam. Providing land to the landless was also one of our commitments.”