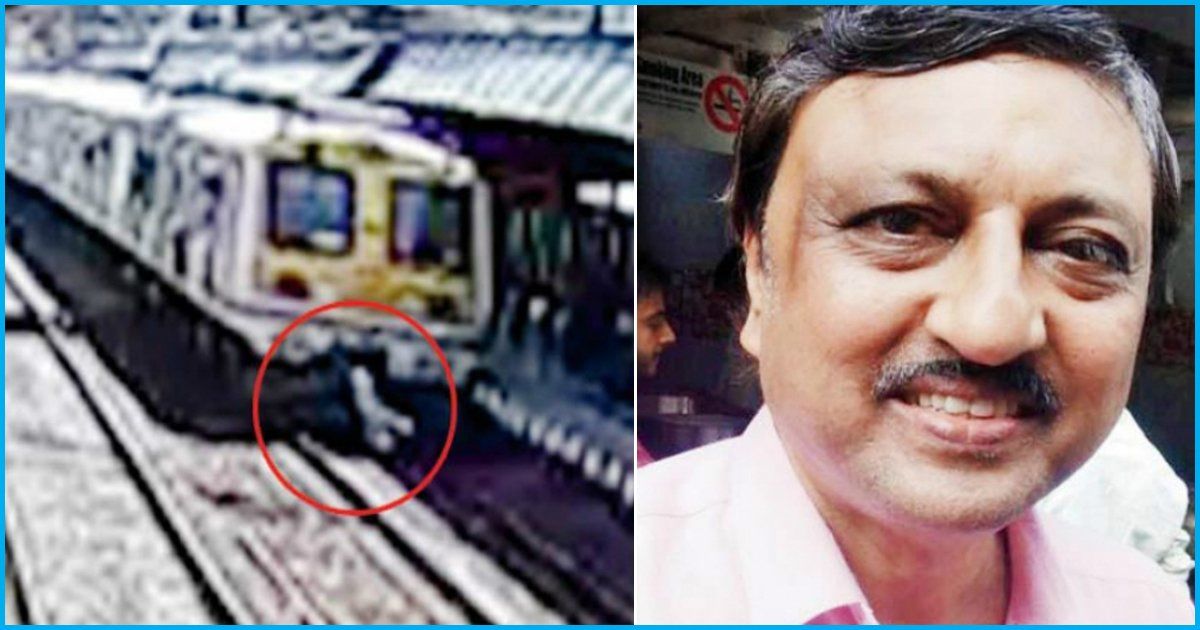 Kurla Government Railway Police (GRP) arrested a 38-year-old woman who pushed 56-year-old Deepak Patwa onto the tracks after a short altercation between the two. Patwa was run over by a local train and died on the spot at the Mulund Railway station on April 21. It is being reported that Patwa accidentally bumped into Manisha Khakadiya, for which he apologised. Khakadiya reportedly followed Patwa to reprimand him for his “behaviour”, and in the scuffle, she and another bystander, unknown to her, pushed Patwa on the tracks.

It is being reported that Khakadiya thought that Patwa tried to molest her.

The whole incident has been recorded on CCTV. The Kurla railway police official said, “Manisha Khakadiya was identified from CCTV images at the station and was placed under arrest. She has told police that the deceased, Deepak Patwa, touched her on the overbridge at the station.”

He also added, “We have registered a case against the accused under section 302 (murder) of the IPC. A hunt is on for the other person involved in the incident. Further investigations are underway.”

It is being reported that CCTV footage procured from Mulund station showed Deepak Patwa being repeatedly pushed to the edge of platform 3 by Khakadiya and a man, after which Patwa reportedly lost balance and fell on the tracks. Soon after, he was run over by a local train and he died on the spot.

Khakadiya, a homemaker from Chembur, was arrested from her residence on April 24 and booked under IPC sections 302 (murder) and 34 (acts done by several persons in furtherance of common intention).

The Logical Indian spoke to Deepika Narayan Bharadwaj, an activist who has been working for the men who falsely accused in dowry cases, she said, “It is a very sad incident. An innocent man has lost his life. I understand that the situation is tense, but in this case, the accused manhandled the man, slapping him repeatedly even as he apologised. She was even joined by a bystander. It is sad that in such cases, the people start taking law in their hand. If anyone has any grievances, it should be addressed through proper channels. In this case, too, the woman could have approached any of the railway police officials, instead, she chose to physically abuse him. This is not acceptable as the situation, like in this case, could take an absolute worse turn.”

In this incident, an innocent man’s life was lost because the accused, overcome by rage, pushed him on the tracks after he accidentally brushed her. The accused jumped to the conclusion that the man tried to molest her, even though that was not the case. She was also joined by a bystander. In the wake of recent incidents, we are extra careful, however, not using our discretion and letting anger get the best of us can result in grievous situations like this.