Advocating Accessibility! This Foundation Works Towards Taking Sports To The Grassroots

In recent times, accessibility has become the need of the hour. There is an increasing demand for inclusive facilities in every sector, catering to every kind of person. Many people have dedicated themselves to working towards this goal and making the world a better place to live.

There are several organisations at the moment that aim to revolutionise para-sports at every level. A shining example is the 'BluFin Foundation' based in Bengaluru. Created in 2018, this is the brainchild of six childhood friends who are taking sports like swimming to the grassroots level and advocating for accessibility. They provide the perfect platform for athletes with disabilities to showcase their talents and represent India in the Paralympics and other events.

'Grassroots' And 'For The Win'

The group was inspired by the famous Indian para-swimmer Sharad Gayakwad, who also co-founded the foundation. Gayakwad was given the Arjuna Award in 2015 and broke PT Usha's record for winning the most number of medals by an Indian at a multi-disciplinary event. "First, we started BluFin in 2016 when we were in our 3rd year engineering. The failure of it gave us a better understanding of the space and the effort required to set up a sports foundation," Vyshak Iyengar, one of BluFin's co-founders and trustees, told The Logical Indian.

BluFin Foundation's two pivotal programmes are called 'GrassRoots' and 'For The Win'. Under the Grassroots' program teaches swimming to underprivileged children and trains them to become professional athletes. Iyengar explains, "Our first cohort was with 60 kids. They had never seen a swimming pool in their life. We trained them free of cost for a year." They are trained in Olympic-size pools where they can effortlessly take complete laps. The children master the skills over the next two years, after which they move to the next level. "There is no pressure as we want them to enjoy the waters first," he adds. The 'For The Win' program focuses on nurturing para-swimmers. "We have signed four para-swimmers who have excelled at national and international levels. Our mission is to support them throughout their career, not just give them part-time support," says Iyengar.

The foundation is launching a fundraising programme to support more para-athletes around the country. They have organised para-swimming state championships as well.

Standing With The Athletes

COVID-19 brought a lot of despair all around. It affected various livelihoods around the world. Similarly, the foundation also faced a financial crunch. Vyshak Iyengar says, "The most disheartening problem was to see our program halt and see the children's disappointed faces. We were apprehensive about their form and motivation level." With their fundraising efforts, BluFin aims to support para-athletes and teach underprivileged children to give them a platform. 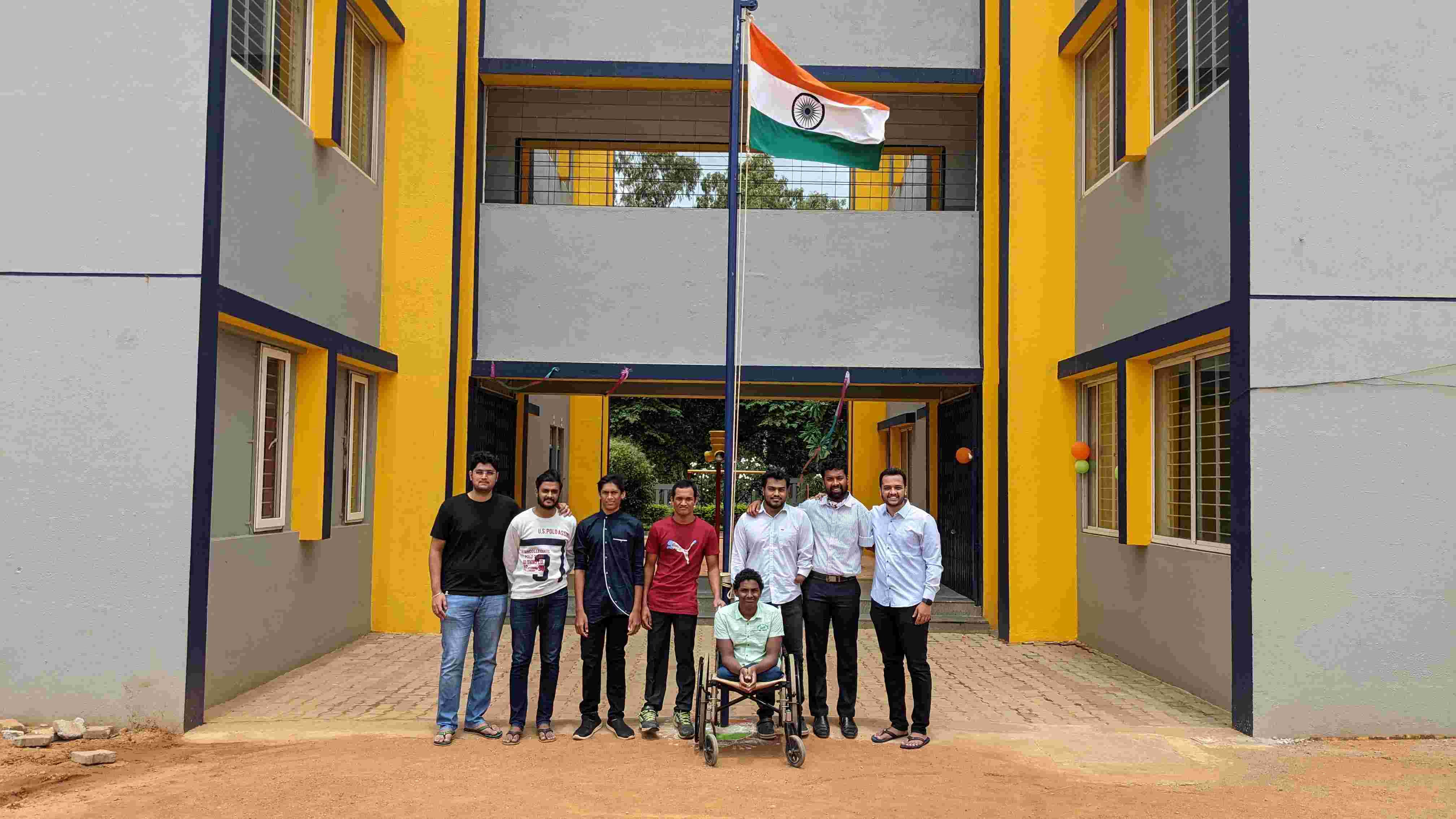 For The Win Programme

With their efforts, the plaguing question of accessibility is finding viable answers. However, more work needs to be done. "The infrastructure in the country is pretty good for introducing people to sports, but, looking at the training levels, we are behind in achieving the international standards of maintenance. Everything should be wheelchair friendly," Sharad Gayakwad, Arjuna awardee and BluFin co-founder, told The Logical Indian.

The BluFin Foundation is now working towards expanding its programs. Bu nurturing young and upcoming athletes, they hope to give them the best platform to showcase their talent and bring India glory at all times.