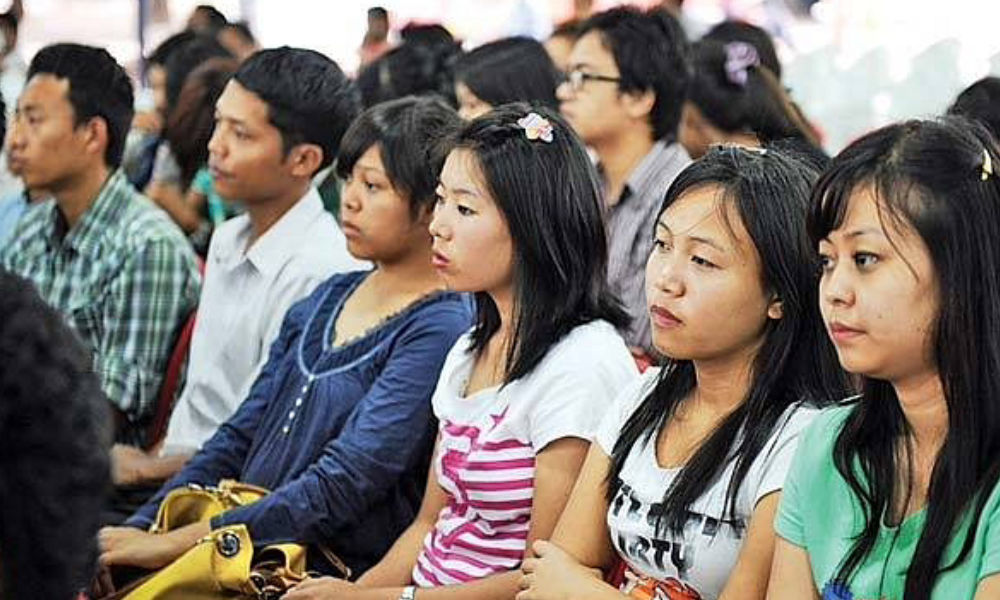 Racing Away From Racism: Why India Needs Anti-Racist Laws

A study found out that attacks were reported in various parts of the country where people from the Northeast region were "harassed, abused, and traumatised" and were disparagingly called "coronavirus".

The Black Lives Matter movement observed the death anniversary of George Floyd on 25th May. When the world was talking about racism against black people, India saw its own version of racism.

On 25th May itself, a Punjab based YouTuber Paras Singh questioned the nationality of the Arunachal MLA Ninong Ering. His question was a furious response to the MLA seeking a ban on the relaunch of PUBG - the popular gaming app. Singh went on to look for Arunachal Pradesh on the map of India and claimed that the "state was a part of China". Very casually, doubt was cast over the existence of an entire state in the Union of India. That there persists pervasive racial discrimination against people from the Northeast has once again been testified. What's important to note here is that such incidents don't lie in isolation but have been happening rampantly, even insidiously.

The pandemic only made matters worse for the people from the Northeast. A study conducted by NLU(National Law University) Delhi, under the aegis of the Indian Council of Social Science Research (ICSSR), found that attacks were reported in various parts of the country where people from the Northeast region were "harassed, abused, and traumatised" and were disparagingly called "coronavirus". The study reported offensive and abusive language to be the most common across the six cities that were studied (Delhi, Mumbai, Chennai, Pune, Bengaluru and Hyderabad). This shouldn't come as a surprise when terms like "chinki", "Chinese", "momo" and "Nepali" are ruthlessly thrown at people from the Northeast every day.

When such behaviour gets brutally normalized, what awakens public conscience to the issue of racial discrimination are extreme events such as the Nido Tania murder case of 2014. Seven years since the murder of the 20-year-old Arunachali student in Delhi, nothing has changed in the government's way of handling the challenges related to racial violence. The abuse on people from the country's East - ignorance seems to be the only persistent strategy.

Lack of initiative on the part of lawmakers cannot be attributed to a lack of framework of action, though it might have escaped public memory. After the Nido Tania murder case, the M.P. Bezbaruah Committee was set up to provide remedial measures to deal with racial attacks on people from the Northeast living across the country. It laid legal ways to set up a proper redressal mechanism and to create deterrence.

The strongest recommendation of the Bezbaruah committee was to create new offences by adding racist crimes in the Indian Penal Code (IPC), under sections 153 (provocation with intent to cause riot) and 509 (insulting the modesty of a woman). The new sections proposed to be inserted were - Section 153C, to deal with imputations and assertions prejudicial to human dignity, and Section 509A, to specifically address a word, gesture or act intended to insult a member of a particular racial group. It also advised to make such offences 'gender-neutral', 'cognizable' and 'non-bailable' with imprisonment extendable up to three years or five years with fine, respectively.

The committee also proposed the enactment of a new law, in line with the Delhi High Court's direction, that would specifically deal not just with racial comments or abuse but with actions and hard violence committed with racial undertones too. Moreover, provision to set up fast track courts to deal with such cases was included in this suggestion - similar to those in the SC/ST (Prevention of Atrocities) Act - an investigation of the FIR to be compulsorily completed within a period of 60 days by a special squad, not below the rank of deputy SP/ACP, special prosecutors to be appointed and trial to be completed in 90 days.

Enforcing these recommendations are a precondition to setting up a robust redressal mechanism. It is because until the law enforcement agencies are equipped with the legal vocabulary to charge an offender with a racist crime, such behaviour would get shrugged off and reduced by the police as "teasing" or "taunting". The actual realisation of the fundamental right under Article 15 (prohibition of discrimination on the grounds of religion, race, caste, sex or place of birth) would only be possible when we enact legislation that deals with racial and regional discrimination.

This is just one part of the solution. Perceptions and attitudes are slow and difficult to change. While laws can be effective in creating deterrence, conditioning of the psyche is required to shift perceptions and change behaviours from the root. The demand for the inclusion of a mandatory chapter on the history of Northeastern states in the National Council for Educational Research and Training (NCERT) school curriculum is long overdue.

Benedict Anderson's concept of nations as 'imagined communities' offers a perspective on why the knowledge of the shared history of different parts of the nation is crucial to a feeling of solidarity. The nation is imagined, according to Anderson, because it entails a sense of communion or "horizontal comradeship" between people who often do not know each other or have not even met. Despite their differences, they imagine belonging to the same collectivity, and they attribute to the latter a common history, traits, beliefs, and attitudes. A common history provides a base for the citizens to construct a feeling of horizontal comradeship despite the differences that might exist among them. Thus, awareness of the history of these seven sisters, their culture and their contribution to the nation-building exercise is paramount to overcoming the widespread prejudices against them.

More than 70 years of independence have passed, it's a pity that we have been incapable of ensuring a safe and enabling living environment for some of our fellow citizens. Law and lessons must go hand in hand in proliferating a feeling of harmony and oneness among us. The demands from the North-eastern people have been incessant and are only growing louder by the day.

The government must shed its ignorant attitude and take action to ensure safe living conditions for all its North-eastern citizens. Till then, the struggle continues. As Gandhi said, "Our ability to reach unity in diversity will be the beauty and the test of our civilization."