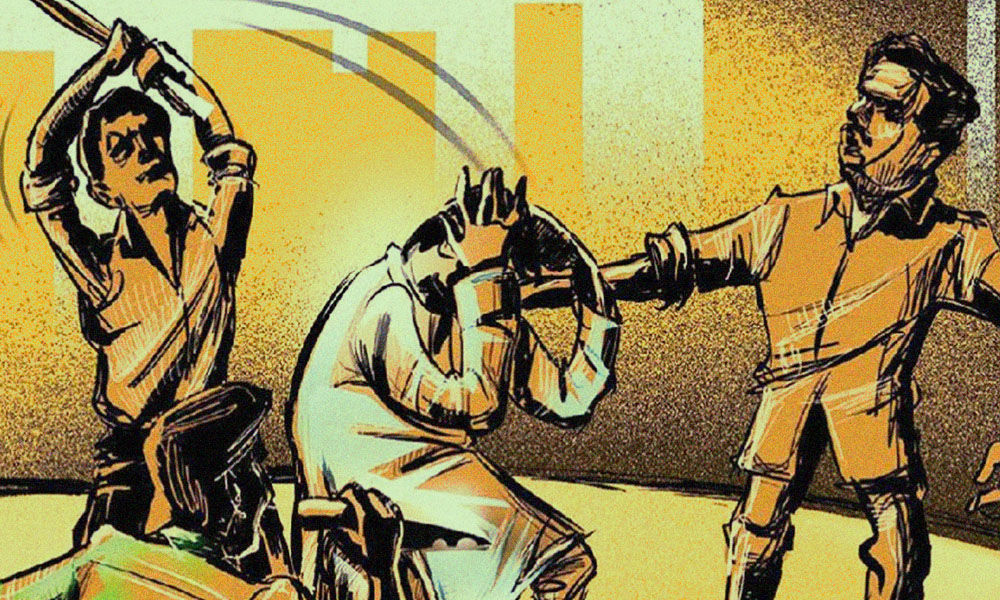 Inhuman Incidents Of Police Brutality Reported In UP& Karnataka

A 17-year-old boy died on Friday in Uttar Pradesh after he was allegedly beaten up by the police here for "violating" the ongoing curfew. In yet another similar case of police brutality, a Dalit youth in Karnataka has alleged that he was made to drink urine during interrogation

A 17-year-old boy was allegedly beaten to death by police for "violating" the ongoing curfew in Uttar Pradesh on Friday. His family alleged the police for their brutality following which a constable was suspended and a home guard jawan was sacked.

The incident took place in Bhatpuri locality in the Bangarmau area when the boy was selling vegetable outside his house, reported The Tribune.

The police said in a statement that an FIR will be registered against the policemen involved and the matter probed will be probed.

His family alleged that the boy was caught by a constable for allegedly violating the curfew and thrashed with a stick.

Later, he was later taken to a police station and was again thrashed due to which his condition deteriorated. Later, the boy was rushed to the Community Health Centre, where he was declared dead.

The agitated locals created a jam at Lucknow road crossing, demanding action against the inhuman treatment by police officials.

In yet another similar case of police brutality, a Dalit youth in Karnataka has alleged that he was made to drink urine during interrogation inside a police station.

Following this brutal treatment by the Karnataka police, the young boy named Punneth, has written to Karnataka DGP Praveen Sood. He seeks justice in this matter and demanded action against the cops for this act.

According to Punneth, a sub-inspector in Gonibeedu Police Station in Chikkamagaluru made him drink urine during his interrogation. Punneth has further alleged that the local police took him into custody on May 10 based on oral complaints by villagers stating that he was talking to a woman.

He also alleged out that the cop abused his community while he was in the police station and was not even provided drinking water.

The Chikkamagaluru district superintendent of police has ordered a probe against the concerned police sub-inspector and he has been transferred to another police station for now.

The Logical Indian condemns the growing incidents of police brutality. It is disconcerting to note, that such incidents happen at police stations, a place where people seek protection.

These incidents bring disrepute to the larger police force who work hard day and night to ensure people's safety. The victims must be adequately compensated and steps should be taken to ensure such incidents do not happen again.