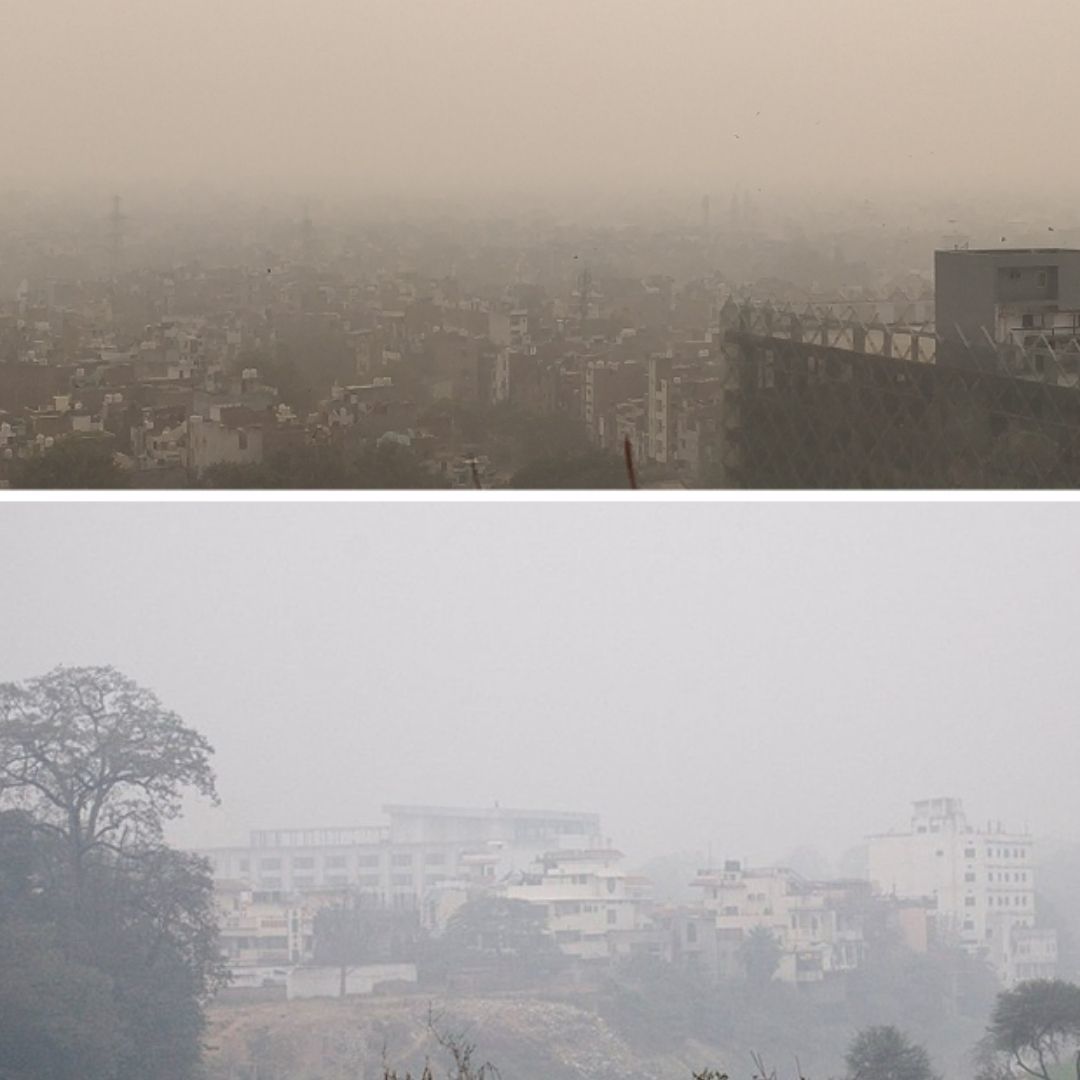 India Has 9 Out Of 10 World's Most Polluted Cities, But Few Air Quality Monitors Than Other Populated Nations

Most of the air quality monitors are concentrated in urban areas. This, experts say, prevents India from knowing the true extent, scale and geographical spread of various pollutants, and limits the government's ability for preventive public health measures.

As a consequence, India does not exactly know the spread of pollutants, including nitrous dioxide (NO2), sulphur dioxide (SO2), respirable PM 10, the finer particulate matter or PM 2.5, lead, carbon monoxide (CO) and ammonia. As per the World Health Organisation, chronic exposure to these pollutants contributes largely to the risk of developing cardiovascular and respiratory diseases, and in extreme cases lung cancer.

Since existing air quality monitors are concentrated in cities, health and environmental authorities are unable to assess the level of air pollution in villages due to fuelwood, biomass, spraying of pesticides and stubble burning.

Ambient air quality is monitored by observing pollutants like NO2, SO2, PM 10, PM 2.5, lead, CO, and ammonia. Currently, India's clean air programme has set a tentative national target of 20-30 per cent reduction of air pollution in 132 non-attainment cities by 2024. These cities did not meet the national ambient air quality standards (NAAQS) and are required to formulate city-specific action plans to reduce air pollution. While the focus is on the most-polluted cities, rural and semi-urban areas are not being fully monitored.

In India, air quality is traditionally monitored using manual readings, and experts use data from 804 stations to ambient air quality. Even after the real-time monitors were introduced, the Central Pollution Control Board (CPCB) continues to use data from manual monitors to report compliance with air quality standards.

There are total 261 real-time monitors whose data are updated on the central database and it is part of the National Air Quality Monitoring Programme (NAMP). According to 2020 Centre for Science and Environment (CSE) report, its data is stored and treated separately as CPCB has not established a method of equivalence between the two monitoring techniques.

"Manual monitoring protocol requires readings from 104 days yearly but for some stations, data was recorded for just 50-75 days," Anumita Roychowdhury, executive director at CSE and the report's author, said.

Experts said that manual monitoring is a monotonous procedure and readings once or twice a week are not beneficial for daily understanding of air quality. They also suggested that data from real-time monitors to be used for ascertaining long-term trends.

The minimum number of stations to monitor suspended particulate matter with a population of less than 100,000 is four. As per CPCB guidelines for ambient air quality monitoring released in 2003, the minimum number is four for NO2, three for SO2, one for CO2, while the number of monitors required increases with growing population.

The number of sampling sites depends on the area size to be covered, data requirements related to monitoring, variability of pollutant concentration, a pollutant to be monitored and population figures which can be used as indicators of air quality deterioration and health implications.

"Over 33 per cent of the real-time monitors are concentrated in Delhi-NCR. The national capital alone has invested over Rs 100 crore to set up 38 stations over time," said the CSE report. Station density is inferior in several states, including Manipur and Arunachal Pradesh.

According to another paper titled Monitoring particulate matter in India' published in Springer journal in 2019, only two to five years of data are available now. Manipur, with a population of 2.7 million, has only one monitoring station in 2021 and Arunachal Pradesh has just two whereas it has a population of 1.25 million.

Using CPCB criteria, an average city of with more than one million residents needs nearly 25 monitoring stations, and if this number is extrapolated across 60 million cities, a total of approximately 1,500 stations would be required, as per the journal.

The Cost Of Measuring Pollutants

To address the data gaps in monitoring pollutants, India will need 1,600-4,000 monitors (1.2-3 monitors per million people).

The average cost of a monitoring station is nearly Rs 1 crore with around 10 per cent for annual maintenance costs. This would require an initial investment of Rs 3,000 crore to set up 1,500 stations.

India has set aside a budget of Rs 470 crore to control pollution in the financial year 2021-22, including funding for its ambitious National Clean Air Programme.

Rural Areas To Be Monitored

The NCAP report pointed out the grave problem of air pollution in rural areas and proposed setting up 75 stations in rural areas.

According to Sunil Dahiya, analyst, Centre for Research on Energy and Clean Air, procuring new air quality monitors is costly and consumes a lot of time. Apart from government monitors, the industries have also set up monitors. If the data is coupled with government data, it could give much more granular information for pollution across India. It will also save the money to set up new stations.

Another alternative to costly monitors could be low-cost sensors. These sensors offer an opportunity to generate high-resolution data at a low price, with deployment and access limitations. However, they are not long-term, does not provide accurate data, but efforts are underway to improve precision in such sensors.