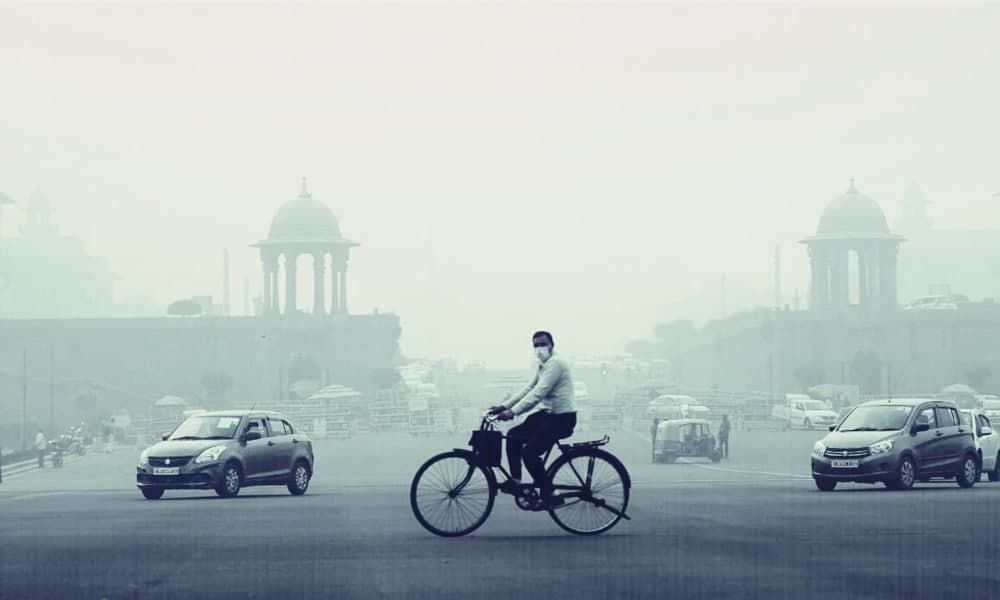 The Air Quality Index (AQI) recorded below 200 on Monday morning which was at peak on Sunday, a day after Diwali, due to the extensive burning of crackers even after a ban imposed by the state government.

The Sunday showers in Delhi worked as a blessing for the people residing in the national capital as the rain and the gusty winds lead the air pollution levels to noticeably go down.

The Air Quality Index (AQI) recorded below 200 on Monday morning which was at peak on Sunday, a day after Diwali, due to the extensive burning of crackers even after a ban imposed by the state government.

On Saturday, the AQI was recorded at an overall of 414, and on Sunday, it was reported at a whopping 435 which is the poorest overall AQI since the Diwali of 2016.

The Central Pollution Control Board (CPCB) in its special report said that almost all the pollutants reported higher values on Diwali this year as compared to 2019.

The CPCB also said that the bursting of crackers, a higher share of stubble burning and unfavourable meteorology during the festival season could be the reasons behind the higher value of the pollutants in the air.

However, the winds gusting up to 40 kilometres per hour swept away the pollutants and the light rainfall in the afternoon and on Sunday evening washed everything down reported by The Times of India.

The head of the Indian Meteorological Department, Kuldeep Srivastava, talked about how these wind speed will be favourable for dispersion of pollutants on Monday as well.

SAFAR which is the ministry of earth sciences air quality monitor predicted the pollution level to be in the poor category in case of rains and washouts.

It also said that the air quality will remain in the very poor category on Tuesday as well as on Wednesday.