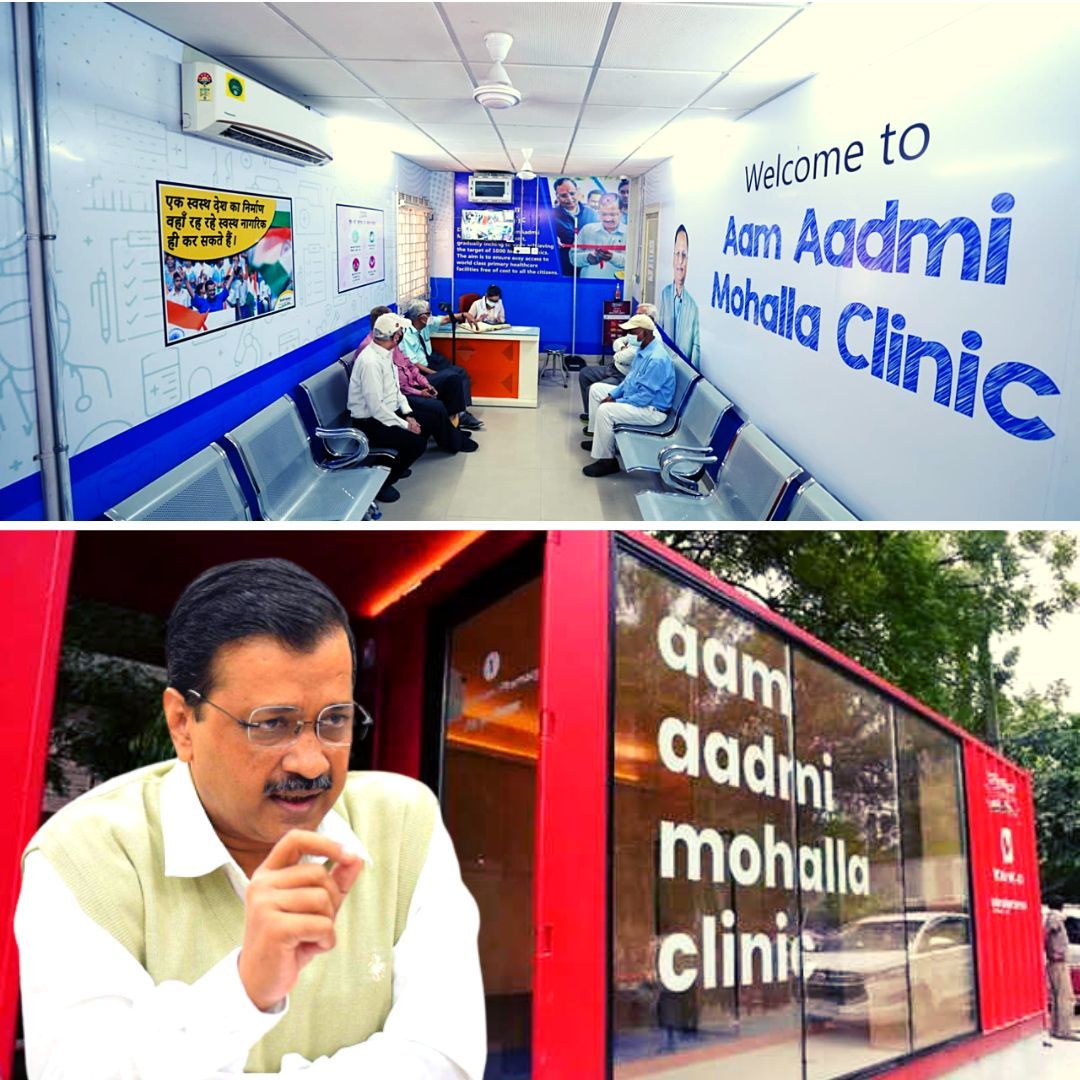 Delhi already has 519 Mohalla Clinics across the city, many of which are entirely digitised, and their aim is to provide free 'world class' primary health care treatment to all residents.

Another 100 of the popular Mohalla Clinics are soon to be opened by the Arvind Kejriwal-led AAP government in New Delhi. The main goal of the clinics, which was a massive part of AAP's election promises, is to provide free primary health care to citizens of the city so that any disease with a chance of striking the city is nipped in the bud.

Manish Sisodia, the Deputy Chief Minister of Delhi, on Monday, June 6, who was made in charge of the Health department after the Enforcement Directorate (ED) arrested Health Minister Satyender Jain, met with officials from the Health and Public works Department to review the project.

In a statement following that, Sisodia said that they have been working on digitising all the Mohalla Clinics in the national capital region and that this plan is rapidly progressing.

He added that a lot of the Clinics are already entirely digitised, and the information of patients and their medical histories are being collected using the tablets available at each clinic for easier handling, as reported by NDTV.

Sisodia said that the digitisation would assist doctors in explaining the health of a patient. He said, "Doctors will be able to learn about their patients' medical histories with a single click. This will assist doctors in better diagnosing and treating patients."

According to the Deputy CM, the Mohalla Clinic is typically the "first point of detection" for any disease in the city and digitisation of the data available would be helpful to assess situations quickly "before it affects the people of Delhi." He added that better health-related policies could also be formulated using such data from the Clinics.

The benefits of digitisation were spoken about by Satyender Jain as well, back in 2020, stating that "digitisation of prescriptions and reports will smoothen the functioning of the Centres," as reported by Hindustan Times.

The deputy CM also said that the AAP government's Aam Aadmi Mohalla Clinics are known all over the world and that people have visited Delhi to learn more about this model of public healthcare. He emphasised that the Delhi Government's aim is "to provide primary healthcare" to every citizen of Delhi, and for that, the expansion of Mohalla Clinics is the most crucial step, as reported by Hindustan Times.

Currently, Delhi has 519 Mohalla Clinics that offer free healthcare services to residents. They also offer 212 different types of medical tests, and according to the Delhi Government, over 60,000 people are treated by this public healthcare system every day.