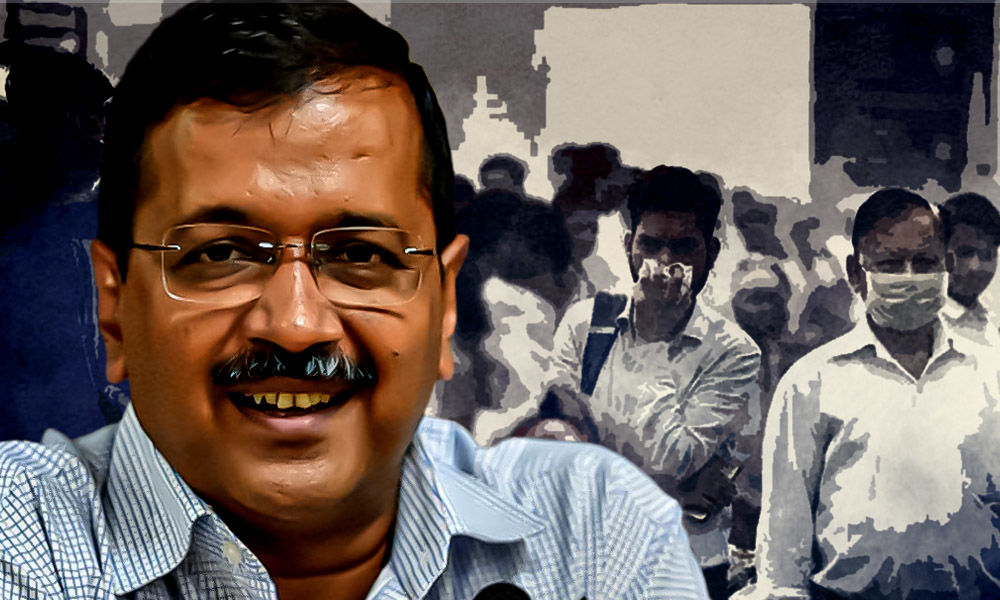 Under the campaign, separate plans have been prepared for each of the 13 pollution hotspots in the city and control measures would be put in place, according to the Chief Minister.

Stressing that polluted air can prove harmful to the health amid the coronavirus outbreak, he said, "Polluted air can be life-threatening in view of the COVID-19 pandemic. Both affect lungs," reported Zee News.

Under the campaign, separate plans have been prepared for each of the 13 pollution hotspots in the city, the Chief Minister stated while addressing a digital press conference. He said, ''Customised plans of action are being made for each area, according to their respective causes of pollution & the thereby execution those plans to deal with all that pollution."

Launching the anti-pollution campaign for a clean and green Delhi | LIVE https://t.co/A3AJOISyf3

The state government is also setting up dedicated war rooms to monitor the implementation of the anti-pollution measure in the city.

Additionally, to empower the citizens and make them stakeholders to the initiative, a 'Green Delhi App' is being developed which will reportedly be launched before the end of this month, according to CM Kejriwal. Detailing on the app, he said, it would be a photo-based complaint lodging application to take action against & redress specific pollution activities which would be notified by the citizens of the national capital.

"Using it, people can bring pollution-causing activities, such as garbage burning or industrial pollution, to our notice. There will be a deadline to address complaints. I will get a daily report about resolved and pending grievances," the Chief Minister added.

He further went on to state that the pollution levels in Delhi had reduced by at least 25 per cent in the last five years and to ensure the safety of the citizens especially during the COVID-19 pandemic, it is significant that continued efforts are put in place.

CM Kejriwal has reportedly also issued directions to departments concerned to fill potholes to reduce dust emissions to curb the pollution, which, he said, is a major contributor to health risks.

"Our teams will inspect construction sites across Delhi and impose heavy fines or challans if they are found not following the anti-pollution measures. Mechanical sweepers will be used intensively by MCDs across Delhi to ensure no pollution due to road dust. Anti-smog guns have also been installed across Delhi to reduce the impact of pollution," he said.

Hon'ble CM Shri @ArvindKejriwal convened a meeting with the senior officials of various departments and agencies to discuss measures regarding tackling pollution crisis in Delhi. pic.twitter.com/JHbySNCXhy

He mentioned stubble burning as one of the major contributors to high levels of pollution in Delhi and nearby areas and hinted at the measures that would be undertaken by his government.

The lockdown that was imposed to check the spread of coronavirus had cleared the skies in the national capital but with the gradual process of 'unlocking' the economy and resumption of services, the dusty haze has been finding its way back to Delhi's skyline.

The problem is expected to worsen during the harvesting season, between October 15 and November 15, when farmers in the neighbouring states including Haryana, Punjab and Uttar Pradesh set their fields on fire to clear off paddy residue.

"Scientists at the Indian Agricultural Research Institute here have found an economical way to deal with the problem. They have prepared a solution which can turn stubble into manure," he said.

"We are going to prepare this solution at a large scale from Tuesday under the supervision of experts from the institute. This solution will be used in Delhi this year. Next year, we will urge other states to use it," Mr Kejriwal said. He also appealed to the states neighbouring Delhi to take measures to tackle stubble burning by providing alternatives to farmers.

"I have spoken to many farmers in Punjab, they are very troubled due to pollution. But they do not have a choice and need support from the government," he said.

In an attempt to get rid of the use of outdated technologies that add to the risk factor and contribute to pollution, the Chief Minister said that action is also needed against a large number of brick kilns such old-technology.

He added that subsidies on the adoption of electric vehicles has already been announced.