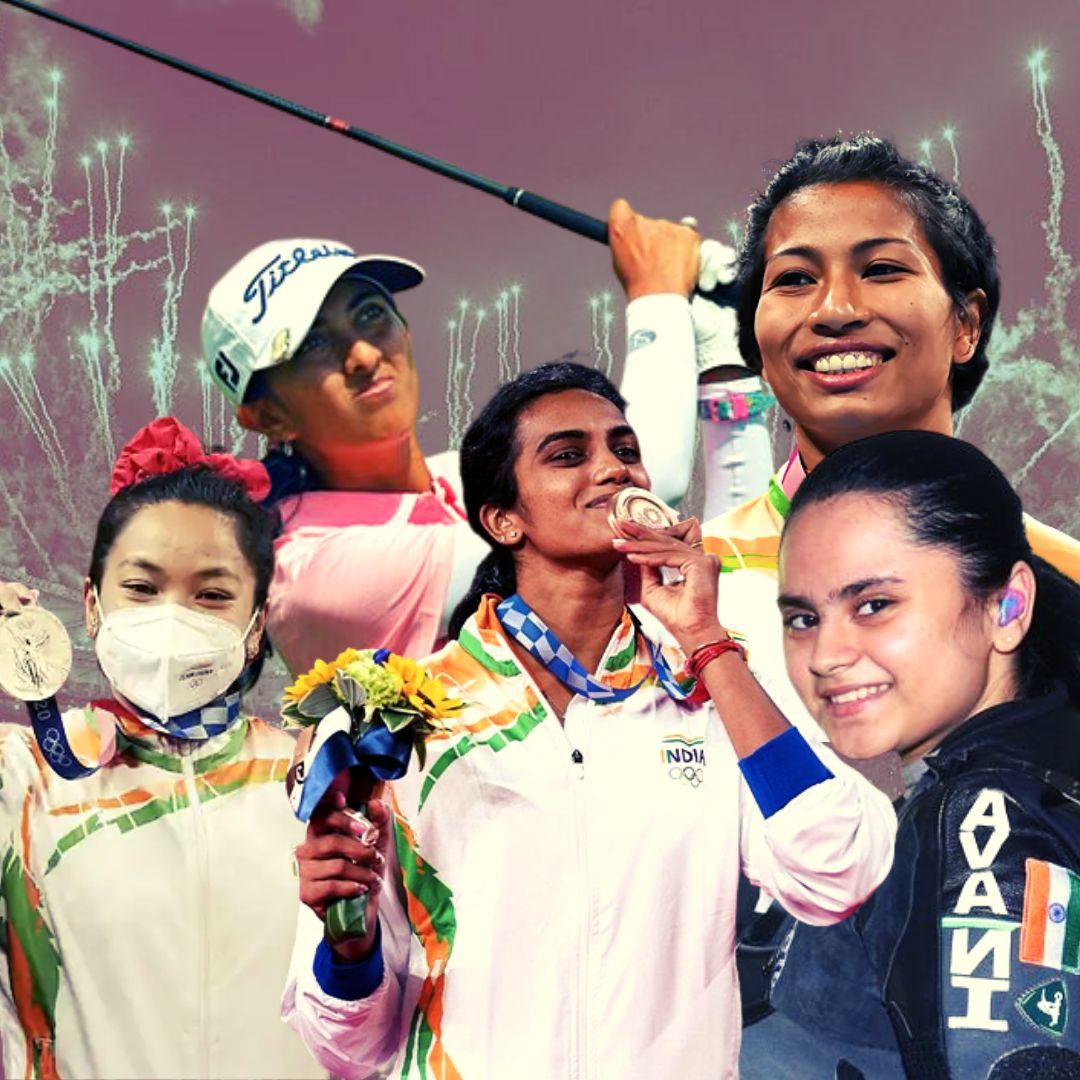 The 32nd Summer Olympic Games were held in Tokyo, Japan last year, with India bagging a total of seven medals. Several female athletes made India proud and marked a significant milestone for the country’s sports.

Last year, the 32nd Summer Olympic Games were held in Tokyo, Japan. India bagged a total of seven medals, including a gold by Neeraj Chopra in the men's javelin throw event.

Apart from this, several Indian female athletes made India proud and marked a significant milestone for the country's sports. On this International Olympic Day, let's recall the achievements of five such women:

Mirabai Chanu ended India's 21-year-long wait for a weightlifting medal at the 2021 Olympics by clinching a silver in the 49kg category.

According to The Hindu Business Line, the 27-year-old lifted a total of 202kg to better Karnam Malleswari's bronze in the 2000 Sydney Olympics. With this, she exorcised the ghosts of the 2016 Games where she had failed to log a single legitimate lift.

The Manipuri broke down after realising that she has won a medal and hugged her coach in jubilation. She later broke into dance too to celebrate the historic podium finish.

With this feat, she became the second Indian sportsperson to win two medals at Olympics. Wrestler Sushil Kumar had achieved this feat earlier.

She had previously clinched a silver medal in the 2016 Rio Olympics.

According to Wikipedia, Borgohain is the first female athlete and the second boxer from Assam to represent the state in the Olympics and became the sixth person from the region to receive Arjuna Award.

"She wanted to win and that was a fundamental change. Lovlina is a girl who is very attached to her family, to her fellow citizens. I tried to motivate her by shouting that the whole of India was watching her and she could write her own story," India women's boxing team head coach Raffaelle Bergamesco had said.

Lekhara, 19, became the first Indian woman to bag a Gold medal in Olympic or Paralympic Games after winning the Gold in the women's 10m air rifle standing (SH1) at the Paralympic Games. The teenager did it in style, levelling the World Record (EWR) and breaking the Paralympic record (PR), scoring 249.6 points in the R2 Finals.

Throughout the finals, the promising shooter from Rajasthan showed nerves of steel and remained focused. She went to defeat a star-studded field that had reigning Paralympic champion Zhang Cuiping of China.

As per the Paralympic Committee of India, she hoped to become someone who can make people with disabilities believe in their dreams and that nothing is impossible with hard work, right attitude and perseverance.

Indian golfer Aditi Ashok lost the medal by a whisker at the Tokyo 2020 Olympics, but won a billion hearts with her ability to pull it to the end. In the final round, Aditi fired five birdies on the 5th, 6th, 8th, 13th and 14th holes against two bogeys on the 9th and 11th.

She finished fourth with a score of 269 and 15-under par, two shots behind gold medal winner Nelly Korda of the United States. After 54 holes, she was in the silver medal position and was in medal contention for most of the fourth round.

At the 2016 Summer Olympics in Rio de Janeiro, she was the youngest participant among all golfers.