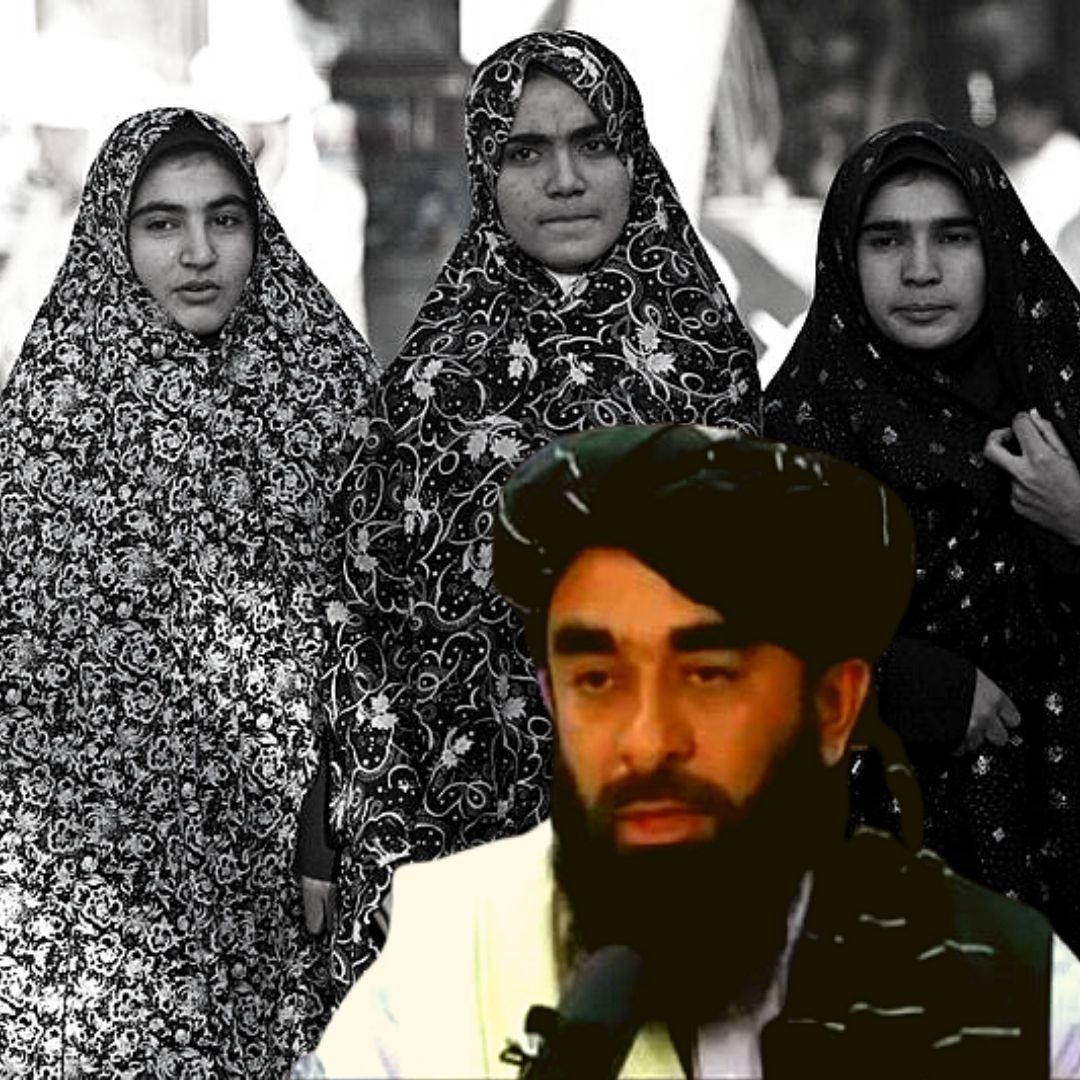 Taliban's assurance has brought little or no relief to the women living in Afghanistan. From filmmakers to photographers, bankers to teachers, women from all walks of life took to social media to express fears about their future.

Announcing a nationwide "amnesty" for all the Afghans, the Taliban leaders on Tuesday urged women to join its government and said that the rights of the women will be protected within the framework of Islam.

The announcement was made to calm down the nerves across Kabul that was gripped in fear a day before as thousands rushed to the capital city's airport in an attempt to escape the country, Al Jazeera reported. At least seven people died on Monday, including those who clung to the sides of a US jet as it took off.

Addressing the first nationwide television speech, spokesman Zabihullah Mujahid said that the organisation does not have a revenge policy, and no enmity was harboured against anyone. "The previous Taliban pledges to afford women basic human rights. Women would be very active in society but within the framework of Shariah Law," he said.

To ensure a safe and sound environment, the senior spokesmen of the insurgent group have also maintained that women working in the health sector will be permitted to work, whereas the girls studying in schools can also continue their studies.

Enamullah Samangani, a member of the Taliban's cultural commission, however, was the first one to make the promises of amnesty and how the Taliban government might function on a national level. "The Islamic Emirate doesn't want women to be victims," Samangani said, "They should be in the government structure according to the principles of Islam," he added, as quoted by Firstpost.

Taliban Laughs It Out When Asked About Women Rights

However, the Taliban's tall claims of giving equal rights to women seem to be falling flat, barely a day after their announcement. A video of a journalist's interaction with Taliban fighters about women politicians has raised many eyebrows, with people wondering how the group is contradicting its own statements.

Taliban collapses with laughter as journalist asks if they would be willing to accept democratic governance that voted in female politicians - and then tells camera to stop filming. "It made me laugh" he says.pic.twitter.com/km0s1Lkzx5

In the viral video, the woman journalist can be seen asking them whether they would respect women's rights in Afghanistan. One of the fighters can be seen responding and agreeing that women's rights will be protected as per Shariah Law. But when asked whether they would be willing to accept democratic governance that voted in female politicians, one of them burst into laughter and asked her to stop filming. He was also heard saying that the question itself made him laugh.

Taliban's assurance has brought little or no relief to the women living in Afghanistan. From filmmakers to photographers, bankers to teachers, women from all walks of life took to social media to express fears about their future.

On Tuesday, a group of women took out the first public protest in Afghanistan demanding their rights. Surrounded by Talibanis, four Afghan women were seen holding handwritten papers and demanding the right to work, education, social security, and right to participate in politics, Iranian journalist Masih Alinejad shared on his Twitter handle.

These brave women took to the streets in Kabul to protest against Taliban. They simplify asking for their rights, the right to work, the right for education and the right to political participation.The right to live in a safe society. I hope more women and men join them. pic.twitter.com/pK7OnF2wm2

"All the basic rights that we have achieved over the years should not be compromised," the women said in the video.

With the Taliban sweeping Afghanistan, TOLO News, one of Afghanistan's leading media outlets, briefly put their women anchors off the air. However, they resumed their work later.

Earlier., there had been reports of how the Taliban stoned women to death who were accused of adultery. However, there have been no such reports of such extreme measures in the recent past. Reportedly, families living in Afghanistan have said that some girls riding home in the northern Takhar province were stopped and thrashed for wearing "revealing sandals." There have been several reports also of women being kidnapped and compelled to marry Taliban fighters. However, the organisation has termed the allegations baseless, saying the Shariah Law does not allow this.

Going back to history, the Taliban rulers in the 1990's prohibited women to work or girls to pursue education. Women were not allowed to leave their homes without a male guardian. Recreational sports and music were banned. Aware of the fact that the whole world is keeping an eye on them, the insurgent group is trying to sound different from their previous regime, at least for now, experts believe.

The female Afghan anchor interviewing a Taliban official and a video showing girls playing volleyball games while Taliban fighters watching silently are examples of their significant divergence, as of now. Many Afghan women now fear that the Taliban will revert to its old version when the spotlight from the country fades, CBS News reported.

Taliban militants on Sunday, August 15, captured Kabul, almost two decades after they were driven from the country's capital by US troops. Afghan President Ashraf Ghani fled the country, abandoning the presidential palace to Taliban fighters.