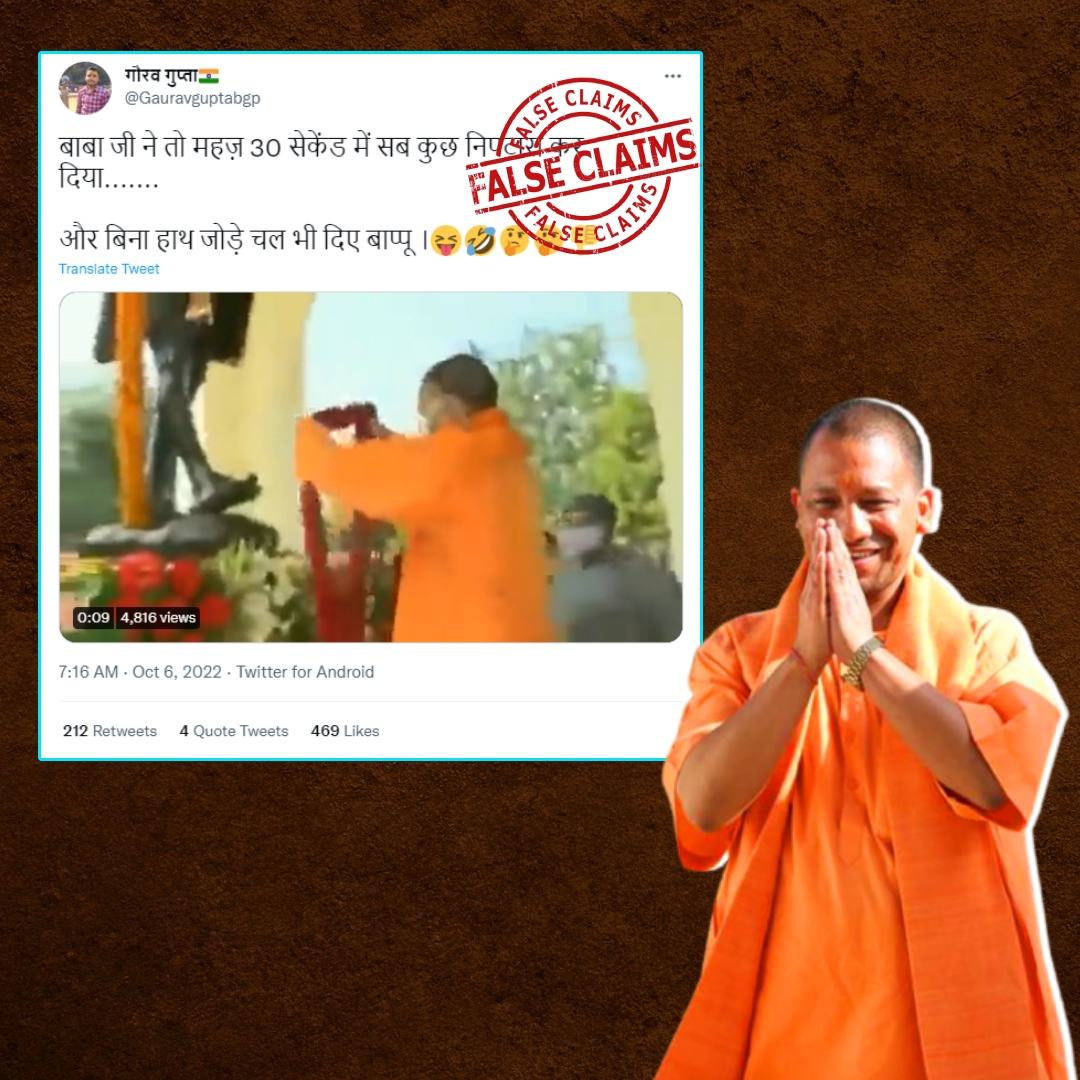 While sharing this video, people on social media claimed that CM Yogi Adityanath did not pay tribute to Mahatma Gandhi properly and left the programme immediately. The Logical Indian fact-check team verified the viral claim.

UP CM Yogi Adityanath did not bow down properly to the statue of Mahatma Gandhi and left the programme immediately.

The Logical Indian fact-check team verified the viral claim and found it false. The viral video is cropped and presented out of context.

During the initial investigation, we used InVid's Keyframe Analysis tool to isolate the keyframes of the viral video. We then conducted a reverse image search on the keyframes and came across a tweet by the official handle of UP CM Yogi Adityanath dated 30 January 2022, in which an extended version of the viral video can be seen. According to the caption, CM Yogi paid tribute to Mahatma Gandhi on his death anniversary in Lucknow.

In this 07:04 minute-long video, one can see Yogi Adityanath bowing down and paying tribute to Mahatma Gandhi. However, when Yogi bowed down after offering flowers to the statue, the camera's focus was not on him, which may appear that he did not pay tribute to Mahatma Gandhi properly. Further in the video, Yogi Adityanath can be seen sitting on the floor along with other leaders and listening to the bhajans being sung by the children. It is clear that Yogi did not spend only 30 seconds in the programme, as claimed in the viral video.

The caption of the video reads, #UPCM Shri @myogiadityanath ji paid tribute to the Father of the Nation Mahatma Gandhi on his death anniversary today by paying floral tributes at his statue in Lucknow.

On searching more, we also found the still of the viral video in a report of Zee News dated 30 January 2022, in which Yogi Adityanath can be seen paying floral homage to Mahatma Gandhi on his death anniversary, at Gandhi Statue GPO in Lucknow on Sunday.