Speaking to The Logical Indian, Captain Shergill said, "I am a 'very small' part of the system that consists of several senior officers. This parade that you see on the grounds of Rajpath is a collective effort of everyone serving the nation." 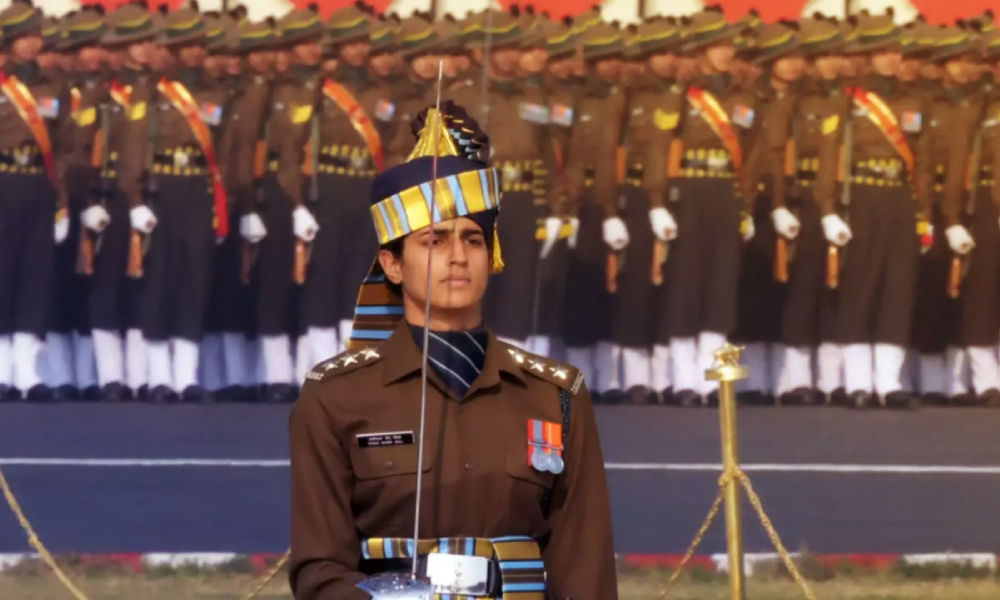 A fourth-generation officer, Captain Tania Shergill, will lead an all men contingent at the Republic Day parade.

"Ever since I was a little girl, I always wanted to join the Army, I had always seen my father getting ready, wearing his uniform. Somewhere at the back of the mind, I always wanted to earn the uniform," she said, expressing how she developed an affinity towards the Army at a very young age.

Captain Shergill was the first officer to have led an all men contingent as the woman parade adjutant on the Army Day.

On January 26, the officer will lead the contingent of the Corps of Signals, making her nation proud and setting a precedent for many women officers.

Speaking about what it feels like, Captain Shergill said, "You feel alive, you feel grateful, you feel happy that you are on the ground, leading the contingent."

"We have all been training for a few months now. we have practised so hard, and we are confident when we get down to the ground," she said.

Captain Shergill also mentioned about the commands she will be giving to the contingent at the Republic Day parade. "We say Signal contingent Daahine Dekh (Look right), and then we look where the president of India will be seated. Then we go a few steps ahead and say contingent saamne dekh (Look forward)."

"Not even for a moment did I feel that we were being discriminated during the selection. It was not on the basis of a person's gender, religion, caste or where he or she comes from. If you are deserving and worthy, you go ahead," Captain Shergill told The Logical Indian.

Captain Shergill's great-grandfather was serving in the Sikh Regiment and her grandfather was in the 14th Prince of Wales's Own Scinde Horse, which was a regular cavalry regiment of the Bombay Army. Her father was in 101 Medium Regiment under Artillery.