After Facing Shortage Of Blood For His Relative, This Man Built An App For Fair & Swift Blood Donations 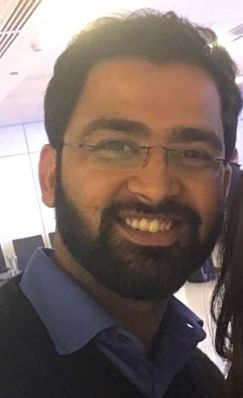 India faces an extensive blood deficit of around 30-35 percent annually. It needs around eight to ten million unit of blood every year but ends the tab on 5.5 million units. There is an extreme disparity among the blood donors. While the lack of blood banks is an impediment, the ill-informed perceptions of people on blood donation don’t help much. They are gripped with misconceptions regarding the blood donation. Apart from the disturbing statistics, there is no awareness centres and medium for people to ask their kith and kins for blood group.

It isn’t surprising to know there are more than three people with the same blood group living in the same city, on whom a person can depend in case of emergency.

But unfortunately, at the time of emergency, it becomes difficult to look for prospective blood donors. Buoyed by similar issues, Anuj Jain, a 27-year-old from New Delhi started an initiative called ‘Blood Network’. It aims to create a network of friends and families to facilitate the prompt and easy reach of the ‘gift of life’ – Blood Speaking to The Logical Indian, Anuj says, “This journey started in 2013 when Dengue broke out, and one of my relatives was admitted to the hospital. He needed blood urgently. Besides, his blood group was B negative which is hard to find. There was no source we could reach out to so we randomly started calling family and friends who we knew in New Delhi, but to the dismay, we could not find anyone. When all the options were exhausted, we posted it on the social networks like Twitter and Facebook hoping that someone comes out of the blue and do the needful. After six hours, we found a donor who travelled from Gurgaon to Noida to donate blood. Those six hours were the most difficult time of my life, and I realised that how this essential thing is so difficult to find.”

He added, “After all the chaos, one of my friends called me who had the same blood group, working in the vicinity. It occurred to me that we could have just contacted the same guy and would have done the needful but we are so unaware. Food deliveries and pizza reach us faster than blood. With this thought process, Blood Network was formed. My friends Rajnish Savaliya, Paridhi Bhushan, Aakarshit Dhingra and Sakshi Bhushan, have helped me to develop and create awareness about the application, to eradicate shortage of blood.”

Blood Network is an initiative taken by Anuj to create a network of friends and families to facilitate the quick and easy reach of Blood. Here people who we meet every day, best friends and family are registered as the point of contact to be reached in case of an emergency.

How does this initiative work?

Blood Network operates on a simple concept of connecting all the friends on Facebook as per their Blood Group & Current Location.
So when a person in need of blood a search for particular blood group & place, Blood Network shows results based on the degree of friendship on Facebook network. If there is no friend on your list with the same blood group you are looking for, then this network look for mutual friends and connect the eligible donor to the person.

How can people join Blood Network?

A person has to register the profile page with Blood Network. All the details have to be submitted there. Once done, invite the friends so that the probability of finding the right person is maximum. This application works best when a maximum number of individuals are registered on this network. Then one can go to FIND DONOR to look for particular blood group and place where there is a requirement.

The vision of this initiative

Speaking to The Logical Indian, Anuj says,“We aim at building a complete ecosystem around Safe Blood Donation to ensure no life is lost because of unavailability of Blood at the right time. We want to build this network at a Global level to ensure, from the metropolitan urban cities to the deepest pocket in Rural India; no one ever panics for Safe Blood.”