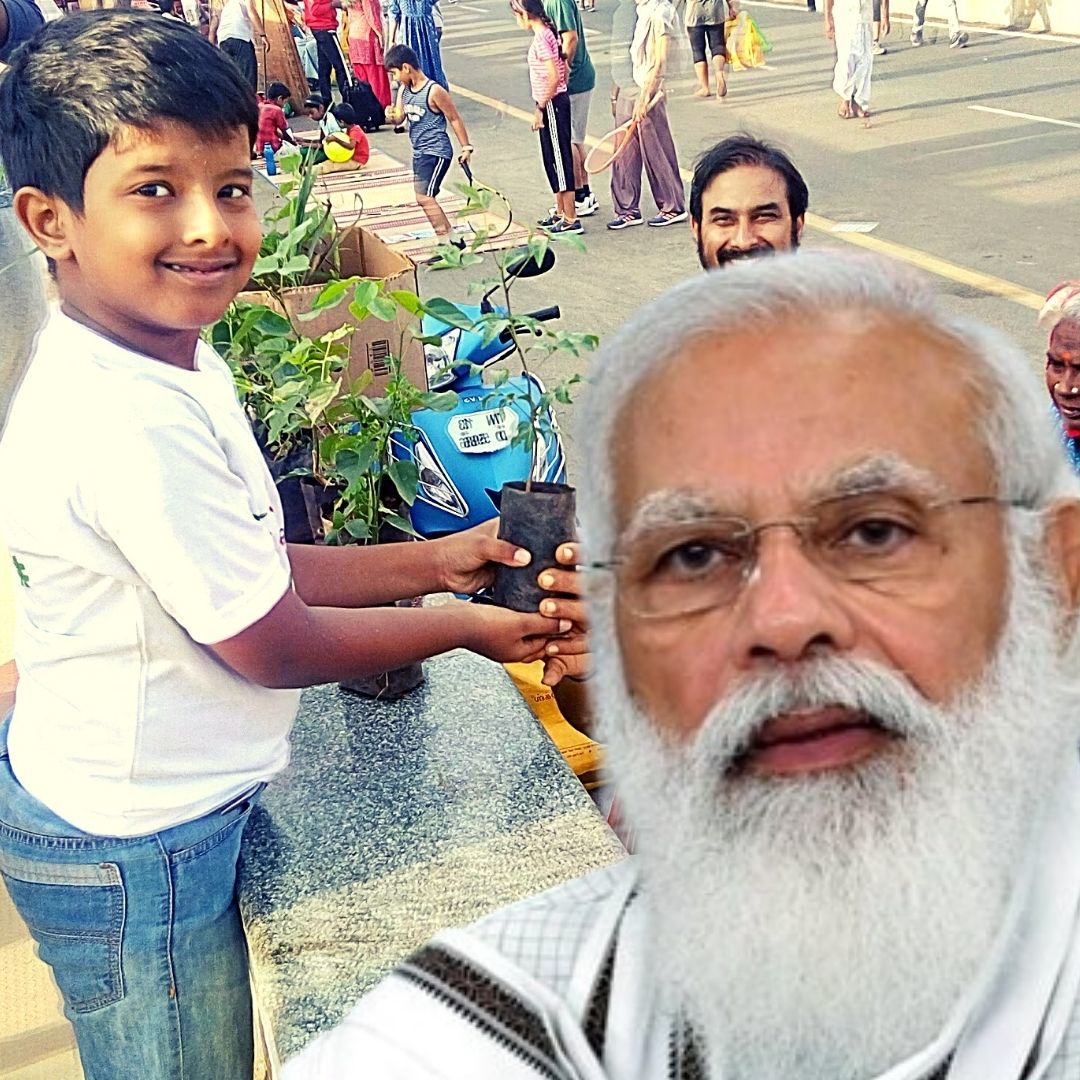 Image Credit : From the Source

This Grade 5 Student Received A Letter From Prime Minister Narendra Modi: Here's Why

How often do people receive a letter from the Prime Minister? It's quite unusual and of course, a proud moment for anyone to achieve something like that. Sai Vishruth is a grade 5 kid and an active member of environment-friendly activities at such an early age and has already received a letter from PM Narendra Modi for his efforts to inspire people towards an eco-friendly future. Despite being so young, Sai has also participated in the UNICEF climate control conference as a panel member.

The fifth-grader had written a letter to Prime Minister Narendra Modi, where he shared all the things about his ideas and explained his mission of planting more trees. This turned out to be a turning point in his life as he received a letter of appreciation from the PM himself, which was an absolute proud moment for him and his family. While speaking to The Logical Indian, Sai said: "I was surprised and a bit shocked after the postman dropped a letter at my home. I was completely unable to digest that I have received an appreciation letter from my country's prime minister."

"We all own something combined for our family like a car, pets, etc then why can't we have a combined tree for our entire family and feed it as our family member which will serve us oxygen for the entire life. If the 7.8 billion population of the world will take this initiative, the change will automatically come," he added.

From Where It All Started

Sai was quite disturbed when he got to know that cyclone Vardah hit Chennai so hard that it uprooted all the trees and greenery in the city. He was so disheartened by the event that he decided to do something for the environment himself. Gradually, Sai started collecting knowledge about climate change and global warming and how it is affecting the Earth.

"Every year approx 1.18 billion trees are cut down and a single tree can produce 260 pounds of oxygen annually," he told The Logical Indian. The boy was unable to digest all these shocking facts and told his parents about the idea of kickstarting an initiative of sowing one plant on the behalf of one family. Sai usually plants a sapling wherever he visits. The fifth grader's parents were impressed by their son's desire to help the environment so they made him join a green campaign, where he became an active member in environment-friendly activities. Sai also promotes the idea of planting one sapling or one tree and giving it a name "like it is a family member".

'I Want This World To Be More Green'

"I want this world to be more green and a better place to live in. It is so inspiring for all the kids to achieve huge things at a small age. Sai has planted several trees till now and is actively working on a tree plantation drive along with his studies," he said.

"Whenever I gift trees to people in public places, they usually leave the tree over there and leave it. So I analyzed and asked people regarding it and met with a problem that people have a shortage of space at their home/flats which is why they can't bring trees to their place," Sai said while recalling about the time when he was facing numerous hurdles at the start. He also revealed that to overcome this issue, he started offering herbal saplings like tulsi, oregano, etc- which can easily be planted at home and be taken care of.