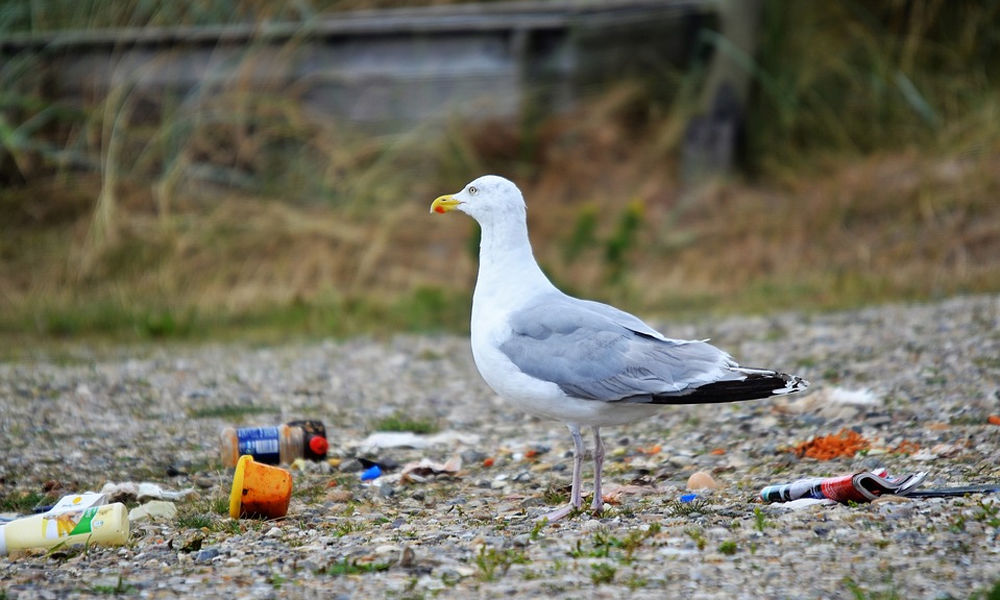 Birds Are Eating Hundreds Of Plastic Bits Every Day: Studies

According to the scientists from Cardiff University and the Greenpeace Research Laboratories at the University of Exeter, birds along Britain's rivers are eating hundreds of bit of microplastics daily because the worms and insects they feed on have swallowed the plastics.

For the last several years, horrific images of animals and birds feeding on plastic, mistaking it for their food, has shed light on the extent of the severity of plastic pollution across the globe. A new study has now quantified the amount of plastic certain birds living on river banks are ingesting daily.

According to the scientists from Cardiff University and the Greenpeace Research Laboratories at the University of Exeter, birds along Britain's rivers are eating hundreds of bit of microplastics daily because the worms and insects they feed on have swallowed the plastics. The study was published in the journal Global Change Biology.

The researchers say that this is one of the world's first studies that show how plastic is now being transferred through food webs in natural freshwater environments.

For the research, the scientists analysed a bird known as a dipper, which wades or dives into rivers in search of underwater insects. They analysed the droppings and regurgitated pellets from the birds and found microplastic fragments in roughly half of 166 samples taken from adults and nestlings, at 14 of 15 sites studied.

The study suggested that the birds are ingesting around 200 tiny fragments of plastic a day from the insects they eat. The study also found that the greatest concentrations were in urban locations.

"The fact that so many river insects are contaminated makes it inevitable that fish, birds and other predators will pick up these polluted prey - but this is the first time that this type of transfer through food webs has been shown clearly in free-living river animals," co-researcher Dr Joseph D'Souza told BBC.

Similarly, another study by scientists at the University of Central Florida in the United States has found that birds of prey swallow tiny bits of plastic debris at a rate of hundreds a day. The debris mainly contained microplastic fragments made of polyester, polypropylene and nylon.

The study, recently published in the journal Environmental Pollution, examined scores of terrestrial and aquatic birds of prey, including hawks, ospreys and owls retrieved from the Audubon Center for Birds of Prey in Florida.

Of the 63 birds examined, representing eight different species, all were found to have microplastics in their gastrointestinal (GI) tract.

"Birds of prey are top predators in the ecosystem and by changing the population or health status of the top predator, it completely alters all of the animals, organisms and habitats below them on the food web," said Julia Carlin, the study's lead author and a graduate of University of Central Florida.