This Mumbai Couple Is Educating Slum Kids To Empower Them

Chaitali Gupta is a godsent angel for hundreds of underprivileged children in Mumbai. Popularly called as Chaitali Didi, she considers herself to be the mother to all these children, and is continuously working for the betterment of their lives. 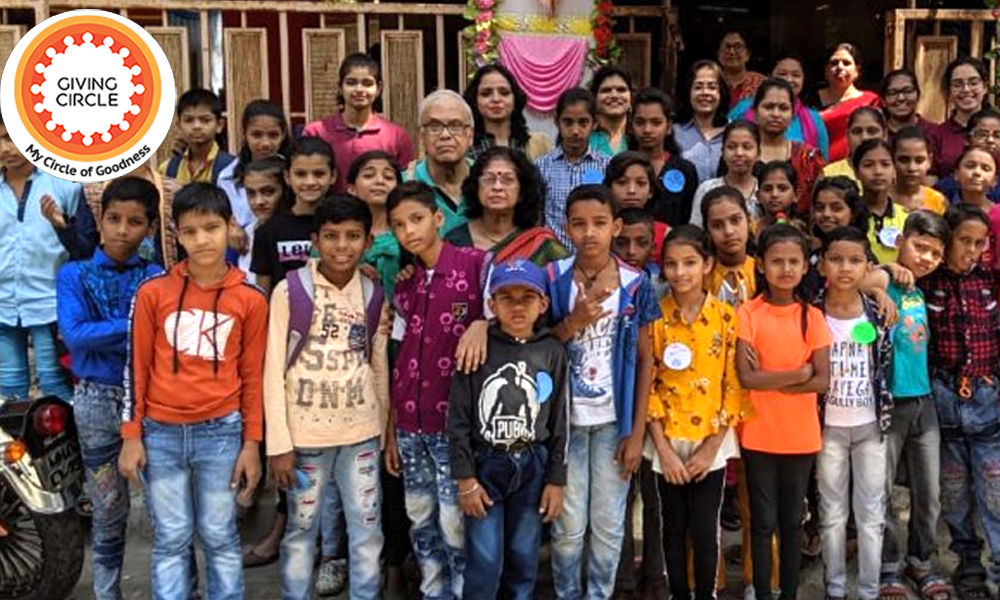 With the growing population of India, the accessibility of education, especially for underprivileged kids, is a major issue. Due to the lack of sufficient resources, availability of teachers and basic facilities, many children are unable to get formal schooling.

Chaitali Gupta is a godsent angel for hundreds of such underprivileged children in Mumbai. Popularly called as Chaitali Didi, she considers herself to be the mother to all these children, and is continuously working for the betterment of their lives.

Along with The Learning Centre and Logic Centre, 68-year-old Chaitali has impacted the lives of nearly 600 children who couldn't afford education.

After marriage, she moved to Mumbai and she used to teach less fortunate kids at home. After her husband Dr Amitabh Gupta, an IIT professor, was retired in 2008, the couple decided to help all those who needed kids who needed their help.

With this idea in 2010, the Logic Centre was started by Chaitali Didi along with her husband and a team of IIT professors.

The members of the Logic Centre were distressed to witness the condition of children living in the slums next to the IIT campus and decided to educate them.

They believe that by empowering kids through education, they could push them out from the vicious cycle of poverty.

It was initially started in a small room in the slums. But as more kids started coming, Dr Gupta used his own pension funds to rent more rooms.

Although it was not easy to keep up with the increasing number of students, things gradually began to improve. In 2011, Intel set up a computer lab for the kids. By 2012, more IIT professors joined the cause, and this helped them to grow.

Run with the assistance of volunteers, they officially registered as an NGO in December 2012, under the name Logic Centre and Community Welfare Association (LCCWA). The facilities that these children received was not just education, but other concerns as well that needed to be addressed.

The Logic Centre organised free health check-up camps where nutritional deficiencies could be monitored. Eventually, they started feeding these kids in the evening classes.

For many children who couldn't afford food, it was the only nutritious meal that they consumed in a day. Apart from this, they also constructed libraries for kids and started co-curricular activities for them for their holistic development.

With the COVID-19 induced challenges, Chaitali Gupta feels that it has become challenging to manage academics. Yet, both - Chaitali and Dr Amitabh - are full of enthusiasm for going ahead to make life better for these children.