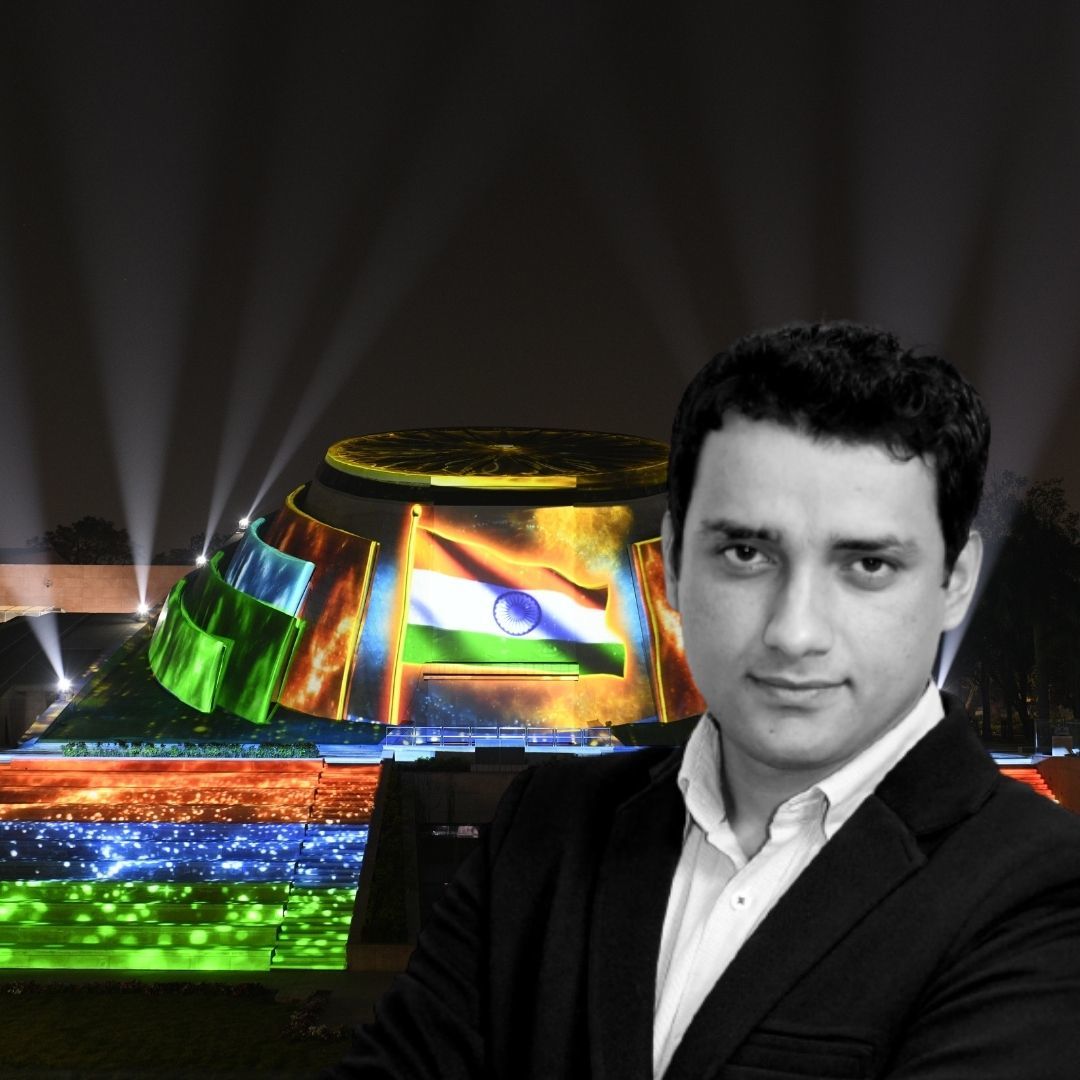 Meet Saurav Bhaik, Man Behind India's New PM Museum And One Of Delhi's Most Iconic Structures

Standing tall in the heart of Delhi, the PM Museum or Pradhanmantri Sangrahalaya is the perfect amalgamation of history and art, with immersive digital technology bringing the words and lives of the Prime Ministers alive.

India recently got its first Prime Ministers' Museum on April 14, 2022. PM Modi unveiled the museum for the masses to witness a new era of historical spectacle.

Standing tall in the heart of Delhi, the Pradhanmantri Sangrahalaya is the perfect amalgamation of history and art, with immersive digital technology bringing the words and lives of the Prime Ministers alive.

But behind its incredible style is the Gurgaon-based design agency Tagbin and its founder Saurav Bhaik.

This isn't Tagbin's first tryst with immersive technology-based museums, but it is one of its most ambitious projects. The company has pioneered a new standard for holographic displays in the country.

It has been very gratifying for Bhaik to curate, design and style this museum. He employed cutting edge technology to actualise the lives of the eminent personalities of republic India in a completely digital museum, the only one of its kind in India.

"I started Tagbin back in 2013, the final year of my college. I wanted to combine our design and technology expertise to become an enabler in bringing forward India's history and disseminating India's rich heritage & culture in the most unique ways," Saurav Bhaik, Tagbin's CEO and Design & Technology Consultant of PM Museum told The Logical Indian.

Bhaik said that the museum narrates the Journey of Independent India through the life and works of its leaders.

With this, the company wanted to make it wholesome and capture not only India's journey through these 75 years but also its pre and post time. So the first exhibit Tagbin started with is "India in 1947". This is the first museum where it has past and future weaved together.

"We wanted to build a museum that is welcoming. Our idea was to make the visitor the subject, he is not only a mute spectator but engages himself with the museum," Bhaik said.

The visitors become the museum's centre, where they participate, play and learn and everything revolves around them. Bhaik said the museum is beyond borders and welcoming to everyone.

"We have developed a multi-lingual audio guide system, currently in two languages and in the future, will expand to 21 Indian languages and 6 International languages," he explained.

To make the Sangrahalaya interactive and engaging, new-age technologies like VR, AR, and Robotics have also been combined.

In the reception, which is any visitor's first impression, Bhaik intended to make something out of the box. For this, he took national symbols like the flag and Emblem.

The first concept is a levitating emblem, when visitors enter, they get amazed by how this is in the air.

Another one is when visitors walk through the corridor, they see a waving flag above. It is a kinetic flag made out of 1200 synchronised lights.

With an immersive room called Time Machine, visitors travel back in time through India's nuclear journey.

"So, in the first gallery where we begin with India's Independence journey, we have kept the use of technology minimal. As you move towards the Prime Minister's galleries, we have used less interactivity. Here, non-interactive technologies like projection mapping, touch walls and touch screens are used to display content," the entrepreneur said.

For the engagement part, he combined state-of-the-art, new aged technologies to build interaction of the visitors in a separate zone called Anubhuti, where visitors can learn by doing.

"The idea was to make it relevant for everyone visiting. There can be a 70-year-old visitor historian or a younger person with curiosity, wanting to know more about the nation. We wanted to make content interesting for everybody," he noted.

Visitors coming to the museum become the engagers and interact to take part. For example, in the exhibit "India 2047", they can suggest a vision of India in 25 years and become part of the policy. Or the visitors can relive the Pokhran of 1998 with an immersive experience of a nuclear testing station. An exhibit called "Sketch and bring a mission to life" lets kids draw and complete missions such as Mangalyaan and Chandrayaan, where they learn while enjoying.

One of the greatest pieces of advice he gave the Tagbin team was to strike a balance in content and works of all the Prime Ministers through their achievements and the impacts that their contributions made to the nation and not merely by their tenures of office.

To attain this, the company refined the content and re-layout spaces to incorporate each prime minister's significant events and achievements. The museum now consists of galleries based on the size of their leadership and not by the size of their tenures.

Bhaik believes that a museum is a place where one preserves knowledge for the future generation. He said that despite being a 5000-year-old country, India still uses the conventional way of showcasing the content, static and graphical displays.

"The way it is presented is not relevant to the younger generation. To revive the museum culture, we have to bring the visitor to the museum's centre and make it relevant and relatable for them. When it revolves around them, they will take pride in what they see," he concluded.