A 2019 report has highlighted that there are more than 40,000 vehicles lying idly at police stations in the state. 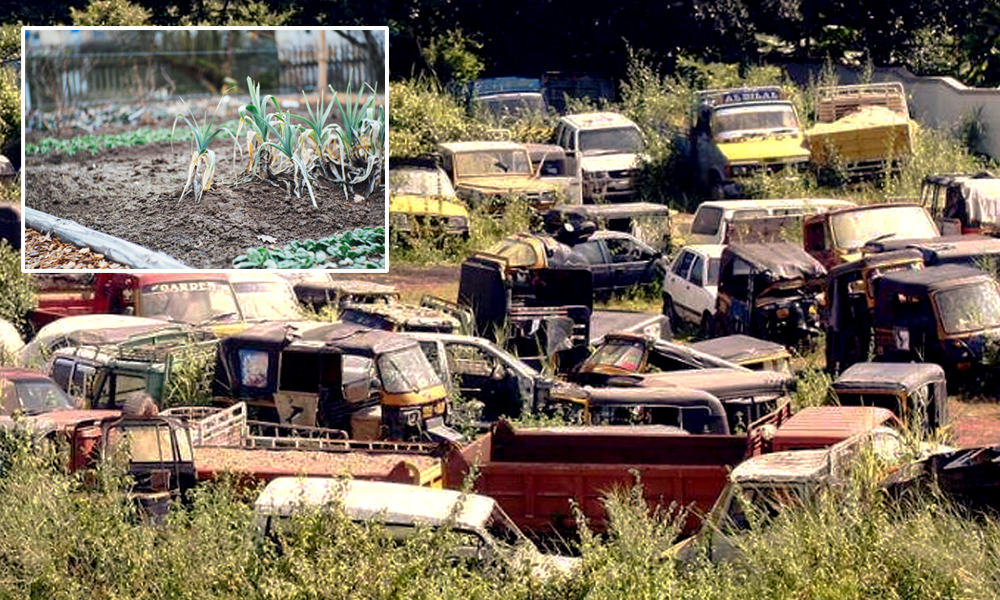 Kerala police department has come up with a sustainable idea to utilise the abandoned vehicles rusting at the station premises.

The police officials at Thrissur district's Cheruthuruthy have started growing organic vegetables on these confiscated vehicles.

According to The News Minute, one of the police officers involved in the project was also a farmer. As a result, he took care of the cultivation, while the other officials helped him during the entire process.

"We had a few mini lorries that we had caught for sand and soil smuggling. Three months ago, we decided to cultivate vegetables in them. It was a successful attempt – we got our first harvest last week. We gave the vegetables to our police canteen," said Simpson PT, a civil police officer from the station.

After the successful first-time cultivation, the officers have planned to extend it to other vehicles occupying the space.

A 2019 report has highlighted that there are more than 40,000 vehicles lying idly at police stations in the state. What adds to the menace is that these vehicles which include two-wheelers and heavy vehicles have been rusting for years.

Even though the police department has permission to auction them, the attached legalities complicate the situation. Additionally, these vehicles don't get appropriate buyers easily.

"If a vehicle is seized for some illegal activity, its owners will never want to claim it, usually only the driver would be caught. In the case of accident vehicles, many times they are not taken back by owners even after a court order because they might have lost their loved ones in the accident and don't want to think about it. In other cases, it might take a few years to get a verdict and by then the vehicle would have rusted and become useless, so nobody wants to take it back," said one of the station house officer (SHO) from North Kerala.