Locals are breathing a sigh of relief with the ceasefire agreement put in place which has stopped the conflicts and shelling. They say the coffee shop will also boost the relationship between the people and the Army. 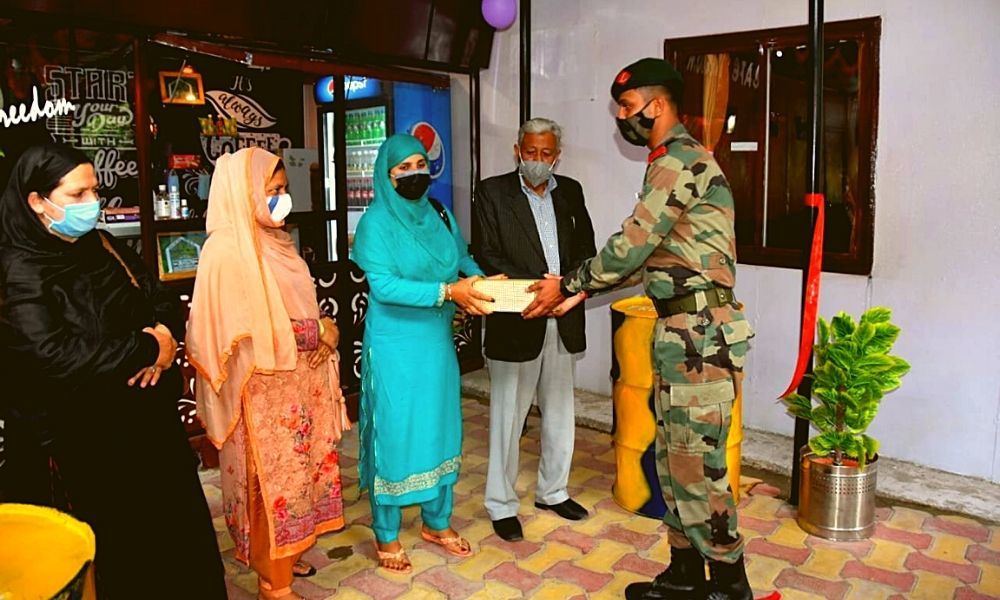 Scenes at the Line of Control (LoC) in Kashmir have always been marred with chaos due to constant ceasefire violations, troops clashing, and the firing of shells. However, now, one can get to enjoy a cup of coffee at the LoC and experience being on ground zero.

The Indian Army has renovated a cafeteria near Kaman Aman Setu, the troop's last post in the Uri sector, and is welcoming locals as well as citizens from across the country as a sign of peacemaking.

"We have opened the coffee shop for everyone visiting the Kaman Post for motivational purposes for the people of Jammu and Kashmir. After taking a selfie at the bridge, people can come and have snacks here and take home several souvenirs," said Vishal Dev, Major, Indian Army, reported India Today.

Indian Army has renovated the cafeteria at Kaman Post and has also installed a majestic 60 ft Flag Pole on which the National Flag flutters magnificently.The Post installs huge sense of pride, patriotism and serves as a greater reminder of sacrifices made by our forefathers. pic.twitter.com/PaNMNXvU9C

Relations between the Indian Army and its Pakistani counterpart have been tense for several months but in February, this year, the two armies announced a ceasefire agreement which has brought some peace.

Locals are breathing a sigh of relief with the agreement put in place as it has stopped the conflicts and shelling. While appreciating the move, they said that the coffee shop would also boost the relationship between the people and the Army.

#Indian army renovated a cafeteria located at Kaman post Aman Setu - friendship bridge between India & Pakistan, which is also the last point on the Indo-Pak border in the Uri sector of Baramulla@ChinarcorpsIA @NorthernComd_IA pic.twitter.com/EV0LnsvOnk

The Kaman Aman Setu post had been an important route to facilitate cross-LoC trade and travel between Jammu and Kashmir and Pakistan-occupied Kashmir. It was shut in April 2019 by the Union Home Ministry citing the movement of illegal weapons and fake currency.

An RTI revealed that despite the coronavirus pandemic last year, ceasefire violations along the Indo-Pakistani border were the highest in 2020.